“I’m sure some of you are still saying, ‘Well, who is Sylvia?’” said Sylvia Moses, acknowledging her newcomer status after completing her introductory remarks at the Saturday launch of her …

END_OF_DOCUMENT_TOKEN_TO_BE_REPLACED 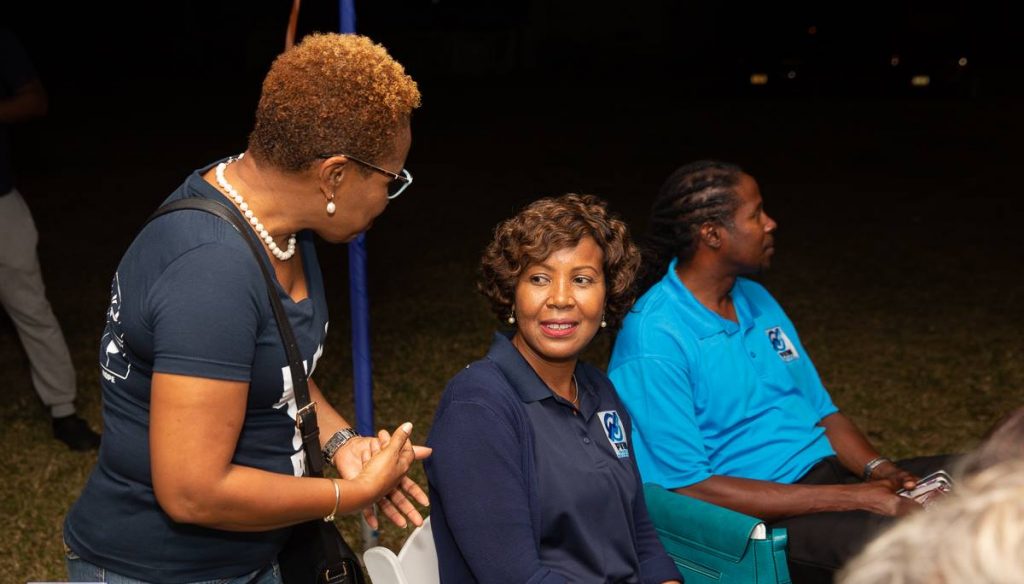 “I’m sure some of you are still saying, ‘Well, who is Sylvia?’” said Sylvia Moses, acknowledging her newcomer status after completing her introductory remarks at the Saturday launch of her candidacy for the First District for the Progressive Virgin Islands Movement.

She went on to describe her resume. She was raised in West End and attended primary school and high school in the Virgin Islands before obtaining her master’s degree in public administration from the University of the Virgin Islands in St. Thomas.

She joined the public service in 1983 and worked her way up through the ranks, holding positions including executive director of BVI Finance, director of the BVI International Affairs Secretariat, and most recently commissioner for the Department of Inland Revenue.

“I have been here all along,” she concluded.

But many of her ideas centred on promoting a sense of cultural pride and identity among the district’s residents. To that end, she talked of building the “long overdue” Carrot Bay Park and Cultural Village, and developing a fishers’ dock and fish market as a way of preserving and capitalising on more traditional practices.

“Within our communities we hold our culture, our heritage, and our way of life dear to our hearts,” she said, emphasising the potential of “heritage tourism.”

Ms. Moses also called for establishing a museum at the former Zion Hill Methodist Church, which once served as a school, and incorporating VI culture into all public and private school curriculums. “We must properly equip [the students] so that they will know who they are,” she said.

Ms. Moses is running against incumbent Andrew Fahie — the leader of the VI Party, who has held the D-1 seat since 1999 — and Progressives United challenger Stephanie Brewley.

The PVIM also explained its “Business Plan” at a press conference in Fish Bay yesterday in which seven of the nine candidates discussed their priorities for the Virgin Islands.

The business plan explicitly distinguishes itself from “traditional manifestos” which it claims are “hardly ever read or understood.”

Asked how specifically the 24-page document — which is shorter and less detailed than other recent manifestos in VI elections — differs from a manifesto, party leader
and at-large representative Ronnie Skelton said that it includes plans for the first year as well as longer term proposals.

He added, “You can go through it without reading a lot of fluff.”

Mr. Skelton also confirmed that Deputy Premier and District Seven incumbent Dr. Kedrick Pickering, who PVIM members had previously said planned to join the party, is in fact running as an independent.