Incorporations soared in the third quarter of 2021, continuing a turnaround that began early last year. More new companies formed in the Virgin Islands in Q3 than in any quarter …

END_OF_DOCUMENT_TOKEN_TO_BE_REPLACED 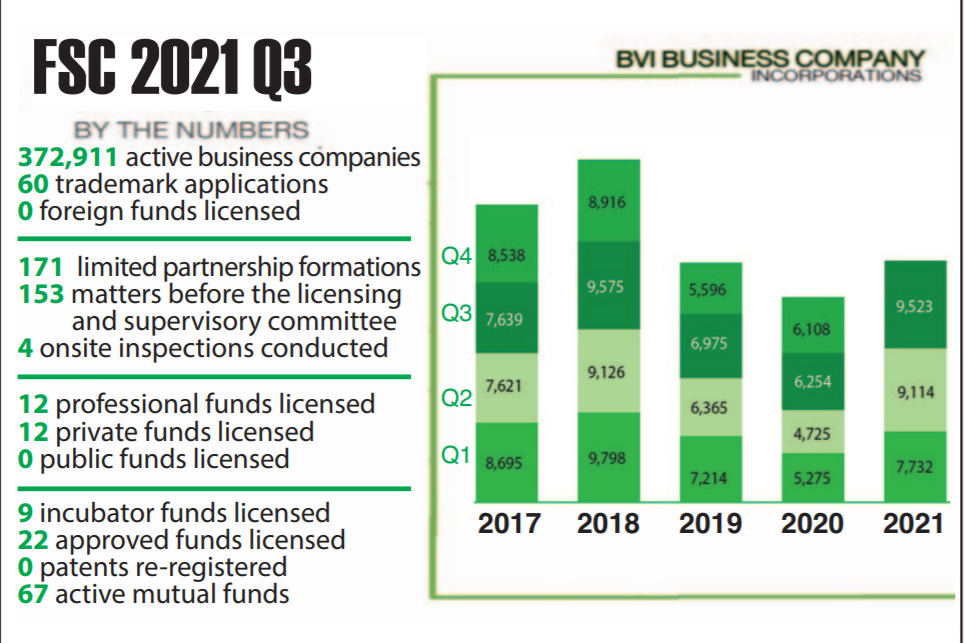 Incorporations soared in the third quarter of 2021, continuing a turnaround that began early last year.

More new companies formed in the Virgin Islands in Q3 than in any quarter since 2018. The news of the continued resurgence of incorporations after a disappointing record-low performance in 2020 was overshadowed in October by the Pandora Papers leak, though Q3 is too early for the effects of that leak to appear.

Though they saw a slight spike in 2018, incorporation numbers previously had been on a general downward slide.

Alongside new incorporations, Q3 also saw an uptick in the number of total active companies, with 372,911.

The territory also added 171 limited partnerships between Q1 and Q2 and added 54 trademarks, nine less than the previous quarter, bringing the total trademarks registered for the year thus far to 197. Since the enactment of the Trademarks Act 2013, a total of 1,659 new applications to register a trademark have been filed.