Despite multiple calls for a boycott, hundreds of Virgin Islands residents turned out to the A.O. Shirley Recreation Grounds on Saturday to watch police, firefighters, and other uniformed groups parade …

END_OF_DOCUMENT_TOKEN_TO_BE_REPLACED 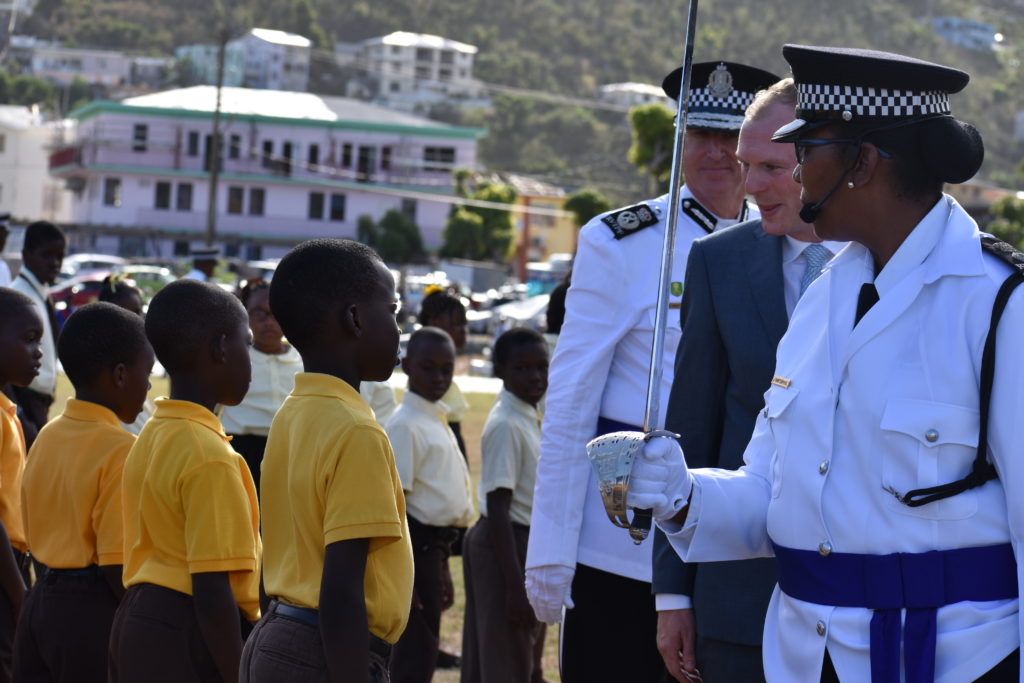 Despite multiple calls for a boycott, hundreds of Virgin Islands residents turned out to the A.O. Shirley Recreation Grounds on Saturday to watch police, firefighters, and other uniformed groups parade in honour of Queen Elizabeth II’s 92nd birthday.

Some community activists had called for a boycott of the event to protest the recent bill passed in the United Kingdom to require overseas territories to implement public registers of company ownership.

But others felt differently.

James Robinson came all the way from St. Croix to attend the parade for one reason: “The Queen,” he said. “I love her.”

However, he added, “From the outside, I can understand why there would be a boycott. We shouldn’t rule out or be blind to the fact that there are definitely problems.”

However, he pointed out that it is the Queen’s duty to remain politically neutral.

Upon his arrival, the governor stood at the podium to look over the assembled groups before crossing the grounds to inspect them, accompanied by Mr. Matthews and police Superintendent Jacqueline Vanterpool, the territory’s first female parade commander.

Afterward, he read aloud the traditional birthday greeting sent to the Queen, offering her “most loyal and affectionate greetings” on behalf of the territory, and expressing appreciation for the November 2017 visit of the Prince of Wales.

He also announced that, like every year, a bag of salt harvested from Salt Island had been given to the monarch, adding that she and her husband, the Duke of Edinburgh, are taking a keen interest in the recovery of the territory from 2017 hurricanes.

“I send my warmest wishes to the government and the people of the British Virgin Islands,” the Queen wrote in response.

The event concluded with the breaking of the flag known as the Governor’s Standard (which is a symbol of the Queen), the National Anthem played by the police band, and the command of “remove headdresses” to give three cheers to the Queen.

The governor presented long service medals to 22 police officers and one prison officer.

Tiyana Miller said she was aware of the boycott but chose to attend anyway, primarily for her two young children.

“I wanted them to get a sense of national pride in a time of disagreement,” she said. “I wanted to show them what [the territory] is all about.”

She added that she was surprised when she saw the acting premier, given that he vocally supported the Decision March, a May 24 protest against the UK’s public register decision that drew more than 1,000 people.

“But I guess there’s more than one way to show opposition,” she said. “We may have our differences, but it doesn’t make sense to boycott the UK.”

In the past, she had family members in the police and Boys and Girls Brigades, and she enjoyed watching for their sake. Now, though, she came alone, purely for her own entertainment.