Since the death of Queen Elizabeth II last Thursday, debate across Britain’s territories and former colonies has intensified longstanding criticism of the monarchy’s history of overseas exploitation — and complicated …

END_OF_DOCUMENT_TOKEN_TO_BE_REPLACED 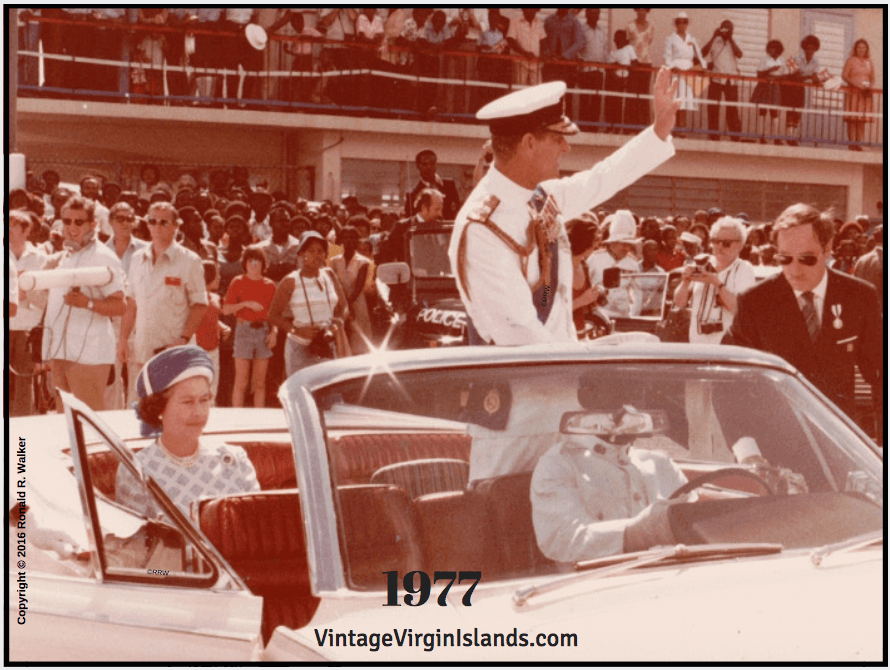 Since the death of Queen Elizabeth II last Thursday, debate across Britain’s territories and former colonies has intensified longstanding criticism of the monarchy’s history of overseas exploitation — and complicated the mourning process for many.

The Virgin Islands is no different: Some residents, including government leaders, unreservedly praised the longest reigning British monarch, but others expressed mixed feelings about her record.

“The Queen was a symbol of stability,” Medita Wheatley said. “When I was a little girl, 7 or 8 years old, I found myself connected to her in a spiritual way. As years went by and I read the history of the British Empire and what people went through, I separated from that connection I felt with the Queen.”

“I respected the Queen and I understand the concerns within the world about what the crown stood for in terms of colonialism and death,” she said. “I feel that the crown was passed on to [the Queen]. I also feel that she tried her best to change the narrative of what that was.”

Some VI residents took a harsher stance, sharing a tweet stating that former colonies are demanding the return of a $400 million diamond — also known as “The Great Star of Africa” — which was mined in South Africa in 1905 and currently adorns the Queen’s sceptre. Others have shared similar posts on social media, noting that India has also called for the return of the Koh-i-noor diamond, which is estimated to be worth $200 million and now decorates the crown of the Queen Mother.

The diamonds are just one example of the criticisms over the past week from former colonies across the world, some of which have recently demanded reparations for centuries of slavery, exploitation, subjugation and coercion by the British Empire.

Though much of that history occurred before the Queen took the throne — and the empire was mostly dismantled during her reign with the exception of the VI and 13 other tiny overseas territories — some atrocities did continue under her watch.

In the years following her coronation, for instance, tens of thousands of Kenyans were tortured, maimed or executed under the leadership of British colonial authorities suppressing a rebellion known as the Mau Mau uprising.

In recent years, detractors have also criticised the Queen and other members of the royal family for refusing to denounce the monarchy’s brutal past. Though the newly crowned King Charles III has expressed sorrow over the trans-Atlantic slave trade, neither he nor the late Queen has ever apologised publicly for the UK’s role in it or agreed to consider reparations.

In recent days, such criticisms have gone largely unmentioned by elected officials in the VI. Premier Dr. Natalio “Sowande” Wheatley, Ms. Wheatley’s son, praised the Queen unreservedly during a speech on Friday at a ceremony in her honour in the Road Town park that bears her name.

“She was an iconic figure and an inspiration to millions, especially women, as her tenure, noble service and achievements defied and shattered the glass ceiling that was so prominent only a few decades ago,” Dr. Wheatley said.

Abroad, many leaders have spoken similarly, while others have used the occasion to push for change.

A few independent countries where the monarch still serves as head of state — including Jamaica, Antigua and Barbuda, and Australia — have renewed discussions about severing their ties to the monarchy altogether.

Barbados took that step last year, becoming the world’s newest republic in November, but Prime Minister Mia Mottley last week praised the late Queen for her role in overseeing Britain’s transition from an empire and recognising that change was happening.

She also praised King Charles III for recognising the atrocities of slavery and for his progressive environmental views.

In a New York Times essay titled “Mourn the Queen, not her empire,” Harvard University historian Dr. Maya Jasanoff argued that the Queen’s reign did little to address the deep-rooted traumas directly caused by the empire she led.

Instead, she claimed, the Queen’s “presence as head of state and head of the Commonwealth, an association of Britain and its former colonies, put a stolid traditionalist front over decades of violent upheaval.”

Kenyan writer Dr. Mukoma Wa Ngugi, who teaches at Cornell University, took an even stronger stance, condemning the elaborate memorial rituals being carried out in the UK and much of the rest of the world.

“If the Queen had apologised for slavery, colonialism and neocolonialism and urged the crown to offer reparations for the millions of lives taken, perhaps I would do the human thing and feel bad,” he tweeted. “As a Kenyan, I feel nothing. This theater is absurd.”

Both writers were publicly attacked by commenters who defended the Queen’s record and argued that airing such opinions so soon after her death was disrespectful.

As the VI undergoes a constitutional review and sweeping reforms brought on by the Commission of Inquiry, local activist and farmer Jahnai Caul said the Queen’s death heralds a time for big changes.

“With the loss of our dear beloved Queen … goes my last connecting string of honour to the United Kingdom. From this day forward, I have no choice but to work steadfast in building our approach towards self-determination,” he wrote on the BVI Community Board Facebook forum. “As a Virgin Islander, I have no choice but to aggressively promote the independence of my nation.”