About ten months after Virgin Islands police officers shot and killed an inmate who escaped from Her Majesty’s Prison, Governor Gus Jaspert has released a brief report about the fatal …

END_OF_DOCUMENT_TOKEN_TO_BE_REPLACED 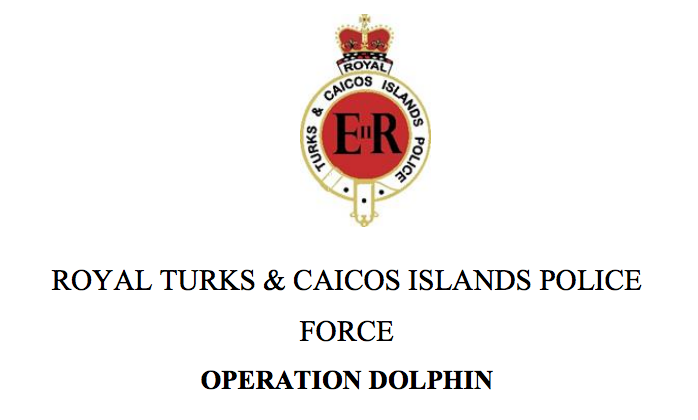 Turks and Caicos police compiled two reports after conducting an independent investigation into the police shooting of Santo Yamarco Hernandez – one of which was made public. (Photo: BVI GOVERNMENT)

About ten months after Virgin Islands police officers shot and killed an inmate who escaped from Her Majesty’s Prison, Governor Gus Jaspert has released a brief report about the fatal shooting.

The six-page “summary report,” which was compiled by the Royal Turks and Caicos Islands Police Force after it conducted an independent investigation, provides basic information about how a team of officers attempted to recapture prisoner Santo Yamarco Hernandez on the early morning of Dec. 6.

Mr. Hernandez, a Dominican Republic national, “charged” at the officers with a knife and was shot twice, the report states. He was then taken to Peebles Hospital and died the following day.

The summary of the investigation, however, includes few other details on the incident, about which police have been tight-lipped since last year.

The report, for example, does not name the officers who shot Mr. Hernandez or include any of the “lessons” that were recommended to police in a separate confidential report that the governor deemed “not appropriate” to publish.

The summary — which includes several spelling and punctuation errors — also states that police learned in November that Mr. Hernandez was residing at a property on Butu Mountain, but did not conduct an operation there until Dec. 6.

Mr. Hernandez’s brother Jeffree “Juan” Melendez told the Beacon on Monday that family members had not been sent the report on the shooting, though they have asked police officers from both the TCI and the VI force for the findings for months.

“That’s the only thing I want to know: I want to know what happened,” Mr. Melendez said. “I lived on Tortola for nine years and I never saw police chase people like that.”

Mr. Hernandez, who was charged in early 2017 with the murder of Alston Penn, was one of three inmates who remained at large for months after the prison’s security was compromised during Hurricane Irma.

According to the recently released report, following his escape Mr. Hernandez unlawfully entered a home “wearing a disguise” and “grabbed a female by the shoulder” to have a conversation.

He took off the disguise, showed the woman a gun and made comments about killing a police officer, the report states.

At 6 a.m. on Dec. 6, several officers from the Immediate Response Unit, the Major Incident Team and the Serious Investigation Unit went to the residence at Butu Mountain that had been identified in November.

Officers said they believed they were in “imminent danger” as Mr. Hernandez charged at them with a knife, according to the report, and two officers shot at him.

“These actions were in defence of their lives, as well as in the defence of the lives of their colleagues,” the report states, adding that Mr. Hernandez was given first aid at the scene.

Directly after the shooting, police provided only vague details about the incident.

A Dec. 6 press release never directly stated that Mr. Hernandez had been shot, though it alleged that he had “aggressively engaged” officers, that shots “were discharged,” and that he was “subdued.”

At the time, Mr. Hernandez was described as being in stable condition.
The next day, however, police confirmed that Mr. Hernandez had “succumbed to injuries sustained during his recapture.”

But Mr. Hernandez’s brother wonders why police waited for so long to conduct the operation at Butu Mountain in the first place.

“Tortola is so small, so when he got out of the prison everybody knew where he was, where he lived,” Mr. Melendez said.

Shortly before the shooting, Mr. Hernandez also allegedly called his brother, worried about the intentions of the officers who were looking for him, according to Mr. Melendez.

Mr. Melendez, who lived on Tortola for almost a decade, said he left the island after Irma and returned to his native Dominican Republic. He doesn’t know when he’ll come back, citing concerns about security.

TCI officers arrived in the territory to conduct an investigation two days after the shooting, according to the summary report.

All those involved in the planning and execution of the operation were identified and gave full statements, the document states, adding that the weapons used in the incident, along with notes made by officers, were closely examined.

The two unidentified officers who fired shots also revisited the scene with investigators to show where they were positioned and when they discharged their weapons, according to the summary.

After reviewing the two completed reports from the investigation, Director of Public Prosecutions Kim Hollis has determined that no charges will be made against the officers, according to the governor.

“I am pleased that the investigators have found that the officers involved acted lawfully in carrying out their duties and were acting in defence of their lives and those of their colleagues,” he wrote.

All witness statements, physical evidence and forensic materials were submitted in the separate, confidential report to the DPP and the coroner, according to the governor.

TCI Police Commissioner James Smith also outlined “a number of lessons” for the Royal VI Police Force — involving equipment, training and record keeping — but they were not released to the public.

“We must not forget, though, that a life has been lost, and my sympathies go out to Mr. Hernandez’s family,” Mr. Jaspert said, adding, “Police officers have to make difficult decisions every day to protect our safety and security and I am grateful for their bravery and dedication to serving the public.

When police officers in other countries use deadly force, there is a wide range of steps that could follow.

In the United States, for one, no standard operating procedure exists nationwide for officers involved in a fatal shooting. Depending on the police department or the state, officers could face trial but won’t necessarily be convicted, or an independent investigation could be held.

“There are instances when local jurisdictions allow for a variety of responses,” said Dr. Maria Haberfeld, a professor of police science at the John Jay College of Criminal Justice in New York City.

Currently, there is also no completed government database in the US that tracks police use of deadly force. The Federal Bureau of Investigation is working on creating one, but it’s “relatively new,” Dr. Haberfeld said.

The FBI announced the creation of the database in 2016, citing demands for more recordkeeping after several high-profile deaths caused by police officers.

“Everybody gets why it matters,” former FBI Director James Comey said at a congressional hearing about the database.

But in an ideal world, Dr. Haberfeld has a rough idea for the best way to move forward after a police officer uses deadly force.

First, the officers involved should immediately be put on modified duty, she said — not solely from the perspective of suspicion, but also because an officer may be experiencing trauma from the incident. The officers should not be returned to regular duty until an independent investigation has been completed, she added.

The independence of the investigation is key, Dr. Haberfeld said, especially when it comes to smaller police departments like the Virgin Islands’.

“I think the most important thing is that an investigation is taken on by officers that aren’t involved,” she said.

And when it comes to releasing official information to the public — particularly if videos or photos of the event are already circulating informally — the sooner the better.

“In general, I think the more you can release — while explaining that whatever is released [should be viewed] in a certain context of the overall encounter — I don’t think it compromises the investigation. You’ll give the public the sense that you’re not trying to cover anything up,” she said.