Paul Bayly has resigned from his position as CEO of the Recovery and Development Agency, claiming that his skillset is no longer required given the reduced scale of works the …

END_OF_DOCUMENT_TOKEN_TO_BE_REPLACED 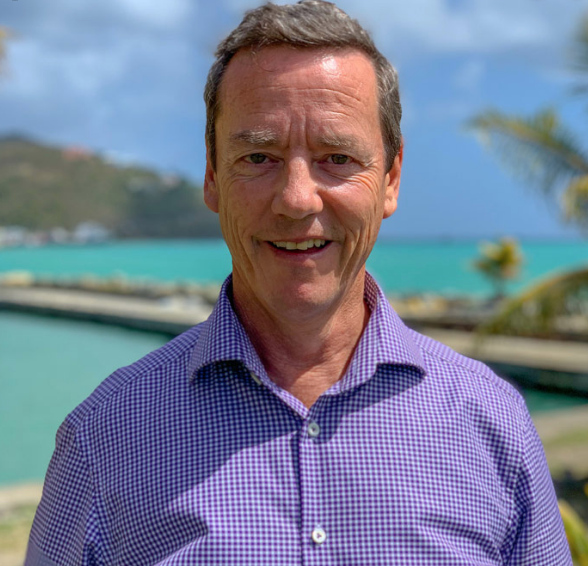 On Tuesday, the Recovery and Development Agency announced the resignation of CEO Paul Bayly. Under Mr. Baylys leadership, the RDA struggled to complete major projects, and his resignation reignited a debate over who is to blame for the agency’s struggles, with Governor Gus Jaspert implying Premier Andrew Fahie’s administration did not adequately support the agency, and Mr. Fahie insisting otherwise. (Photo: PROVIDED)

Paul Bayly has resigned from his position as CEO of the Recovery and Development Agency, claiming that his skillset is no longer required given the reduced scale of works the agency now plans to execute, according to a Tuesday statement from the RDA.

“Mr. Bayly proposed, and the board [of directors] has accepted, that there is no longer the same requirement for Mr. Bayly’s skills,” the statement noted. “He leaves the RDA well positioned to deliver the revised [Recovery to Development Plan] for the government and people of the BVI.”

Mr. Bayly’s resignation rekindled a long-running controversy over who is to blame for the agency’s struggles to accomplish its goals, with Governor Gus Jaspert implying that the government has not provided adequate support and Premier Andrew Fahie insisting otherwise.

“It is disappointing that the RDA has not fully been given the opportunity to realise its potential,” Mr. Jaspert said in a statement released shortly after the resignation was announced, adding, “For that, the RDA requires the full support of the premier and his ministers so that it can work with government, bring in funding and deliver transparency, value for money, and a full and prosperous recovery for the people of this territory.”

Mr. Fahie quickly fired back with his own statement.

The back-and-forth continues a public spat that began last year. With the RDA dramatically underfunded for the recovery projects in its mandate, the governor and premier initially faced off over the conditions of a £300 million loan guarantee offered by the United Kingdom that would supply much of the funding for projects administered by the RDA.

The governor has urged the government to take the steps needed to obtain the guarantee — which legislators including Mr. Fahie voted in March 2018 to accept — in order to fund the RDA and its recovery work.

The premier, however, has said that the conditions of the deal were too stringent and that he is continuing negotiations with UK officials.

Meanwhile, the RDA has struggled to complete projects even though it has been spending nearly $300,000 per month on operating expenses.

Though the agency’s current mandate includes hundreds of millions of dollars’ worth of major efforts, it has spent less than $9 million on projects since it was established in April 2018, and it has completed only five, according to RDA Head of Communications Colene Penn.

Late last year, it cancelled its biggest effort yet — the removal of more than 200 derelict boats across the territory —in the midst of the tender process, and as of Dec. 31 it had less than $5.3 million in the trust that funds its projects, Ms. Penn said this week.

In his resignation, Mr. Bayly took issue with what he described as a planned downscaling of the Recovery to Development Plan, which legislators including Mr. Fahie originally approved with a unanimous vote in October 2018.

Implementation of the original RDP was projected to cost roughly $580.8 million over seven to ten years and entail 19 projects, Mr. Bayly told the Standing Finance Committee in November.

But following Mr. Fahie’s spat last year with the governor, his government changed course, submitting a new draft RDP to the UK in September as part of what the premier said was a renegotiation process.

It is unclear how much of the new plan would be administered by the RDA, but the draft — which is 33 pages long compared to the original’s116 — estimates financing needs for the recovery at $186.9 million.  It doesn’t specify a timeframe for that spending, though the document does bill itself as a four-year strategy.

During Mr. Fahie’s First District address on Saturday evening, he gave an update on the ongoing talks with the UK, which presumably include discussions about the proposed new RDP.

“We are still in negotiations,” the premier said Saturday. “We were hoping to have agreed to the conditions of the guarantee by the end of December 2019. We are in full agreement that the offer of the loan guarantee is worth pursuing.”

Mr. Fahie added that he personally reached out to ask recently reelected UK Prime Minister Boris Johnson to reconsider some of the more ambiguous aspects of the agreement.

The premier said his priority is to ensure the outcome benefits VI residents.

“We are mindful that you, the people of the territory, did not elect us to tie your hands, but to unleash the potential of the BVI,” Mr. Fahie said.

But in Mr. Jaspert’s statement on Tuesday, he expressed concern that there wasn’t more collaboration between government and the RDA, and he urged the premier and other officials to offer more support to the agency’s goals.

“I therefore understand and sympathise with Mr. Bayly’s decision,” he said.

While the premier thanked Mr. Bayly for his service and wished him luck with future endeavours, he called on Virgin Islanders to continue leading the recovery effort, and to lead the RDA itself.

“We are … confident that Virgin Islanders have the necessary skills to lead the RDA and to continue taking the Virgin Islands forward with the recovery, which is on the move,” he said.