Local News > RDA cranks up with projects and regulations

RDA cranks up with projects and regulations

Repairing sister islands’ administration buildings, upgrading school facilities, and removing derelict boats are among the projects the Recovery and Development Agency is preparing to tackle after working with the Premier’s …

END_OF_DOCUMENT_TOKEN_TO_BE_REPLACED 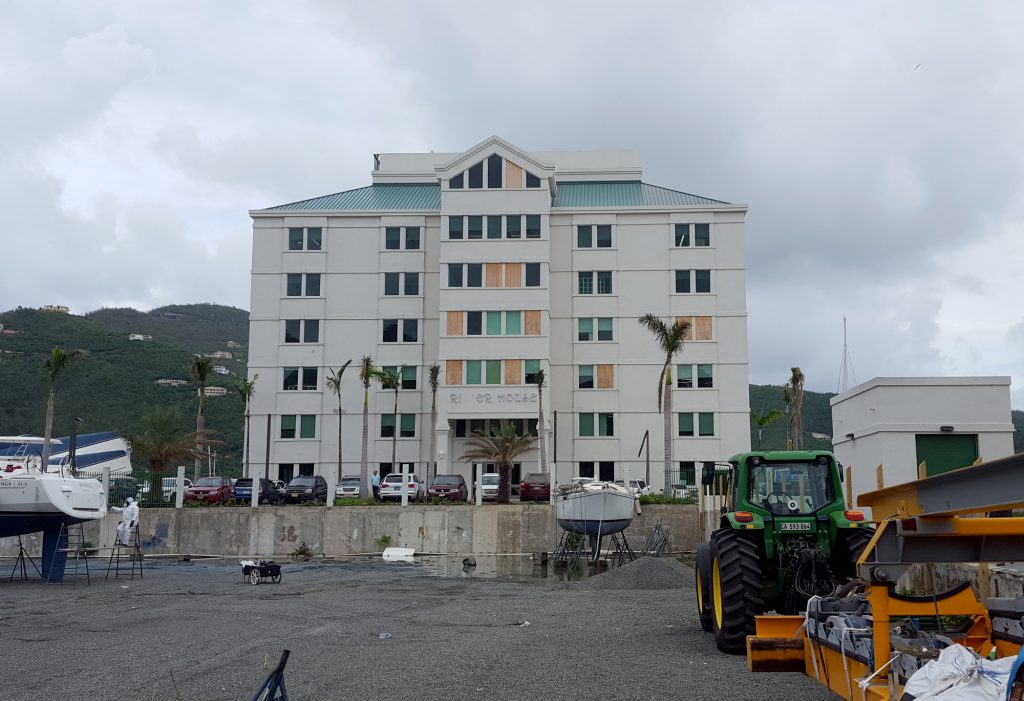 The Recovery and Development Agency is based in the Ritter House. (Photo: CONOR KING DEVITT)

Repairing sister islands’ administration buildings, upgrading school facilities, and removing derelict boats are among the projects the Recovery and Development Agency is preparing to tackle after working with the Premier’s Office and government ministries in recent months to set priorities, RDA officials told the Beacon.

The independent agency began issuing recovery-related contracts before lawmakers passed the territory’s official “Recovery to Development Plan” in October. The order of those contracts was based on priority lists submitted to the RDA by the ministries, according to RDA CEO Paul Bayly.

Though the plan is now in effect, it is short on details regarding the intended order and priority of specific recovery projects. But the CEO said the dialogue with the ministries and the Premier’s Office will continue to guide the agency.

Based on that dialogue, upcoming projects include restoring the Jost Van Dyke and Virgin Gorda administration buildings; improving the conditions of the Elmore Stoutt High School’s temporary facilities; and organising the removal of about 280 derelict boats from the territory’s marine areas, according to Matthew Waterfield, the deputy director of planning for the RDA.

A contract was signed for the JVD administration building last week, and work on the VG building will likely commence in early 2019, the deputy director explained.

The agency was still working out the logistics for the boat removal project, which will likely be awarded to multiple contractors and is probably about three or four months away from beginning, he added.

Additionally, debris clearance work is expected to mobilise on Virgin Gorda this week to help remove derelict cars and scrap metal from the sister island, Mr. Waterfield said. A car crusher is expected to arrive on the island via barge.

Meanwhile, on Oct. 10 Cabinet approved various principles for regulations governing the agency, which are currently being finalised in the Attorney General’s Chambers and are expected to be approved before the end of the year, according to Mr. Waterfield.

One of the principles would oblige Cabinet and the ministries to set out three-year priorities and an “annual letter of expectations” for the RDA. The agency is then supposed to take those into account when forming its implementation schedule, according to a document summarising the Cabinet meeting.

Cabinet also approved a principle for the RDA regulations, stating that the “lead minister may convene a committee of the whole House of Assembly to discuss and agree any aspects of RDA’s implementation schedule, work plan and budget.”

Additionally, Cabinet can re-assess its priorities and initiatives on an annual basis, according to the document.

Though the regulations governing the agency’s procurement processes have yet to be finalised, John Primo, the RDA’s head of procurement, told the Beacon earlier this month that the agency plans to have public tender openings for projects that are put through a competitive bidding process.

This means RDA officials will publicly announce the names of bidders and the values of the bids before conducting their evaluations on which tenderer is the most suitable, explained Mr. Primo, a procurement specialist who previously worked for both the Inter-American Development Bank and the CARICOM Secretariat.

Tenders will be evaluated separately on their commercial and technical merits, he added, and prospective bidders should submit each aspect of their proposal in separate envelopes.

The forthcoming regulations will be accompanied by a procurement handbook to help guide interested contractors through the process, according to Tom Lilleyman, a technical adviser at the RDA.

Projects valued at more than $2 million will be slotted into an “international” competitive bidding process, though that doesn’t mean that international bidders are prohibited from submitting proposals for small projects and local contractors are prohibited from competing for larger ones, according to Mr. Primo. The designation is more about where the RDA advertises: Bid invitations for larger projects will need to be advertised abroad as well as domestically, he explained.

Though international bidders can compete for projects, RDA officials have stressed that it is their intent to hire local companies when possible.

“The whole idea is to develop the market,” Mr. Lilleyman explained in October. “The RDA is not just about building stuff, it’s about building the base of contracting here.”

Unlike most public officers working for central government, RDA officials’ salaries have not been made public in spite of widespread speculation and public claims that Mr. Bayly is making at least $300,000 per year.

Premier Dr. Orlando Smith (R-at large) has claimed repeatedly that government is still in negotiations, despite the fact that certain officials — including Mr. Bayly — have been working in the territory for about four months.