In the House of Assembly last week, lawmakers debated the “Recovery to Development Plan,” the latest draft of which still does not include spending priorities or timelines for the implementation …

END_OF_DOCUMENT_TOKEN_TO_BE_REPLACED 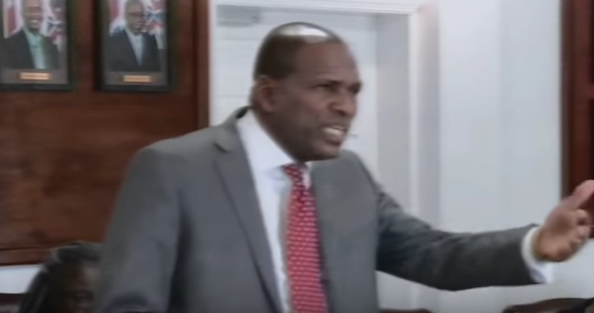 In the House of Assembly last week, lawmakers debated the “Recovery to Development Plan,” the latest draft of which still does not include spending priorities or timelines for the implementation of major projects.

The most up-to-date public version of the plan, which was released to members of the media after a recent HOA sitting, is almost exactly the same document that was published three months ago in July.

The content of the two documents is nearly identical, with only a few changes in word choice, some additional photos and more polished graphics. The plan touts various progressive goals for building back stronger after Hurricane Irma, but includes few specifics about when those benchmarks will be achieved.

The plan does, however, estimate that it will cost about $581 million over seven to ten years to finance the territory’s recovery process through a combination of government spending, loans, insurance, grants and other support.

A revised document — which could contain yet-to-be-disclosed revisions to the most recent public draft — was laid in the House of Assembly last Thursday. HOA Information Officer Linton Leonard indicated that additional amendments could still be made during the debate process.

During last week’s HOA sitting, Opposition Leader Andrew Fahie (R-D1) said that after reading the document he was unsure what projects the Recovery and Development Agency will be specifically responsible for. Certain items in the plan, he added, encompass “more than recovery,” like the expansion of the Terrance B. Lettsome International Airport.

Communications and Works Minister Mark Vanterpool argued that politics were getting in the way of moving forward with the document.

Mr. Vanterpool (R-D4) also squabbled with opposition member Julian Fraser at the end of the sitting. The minister was arguing that more measures are needed for the Sea Cows Bay community when Mr. Fraser (R-D3), who represents that area, began making inaudible comments.

“I’m not going to stop. It’s not his turn to speak,” Mr. Vanterpool said in response, as Speaker of the House Ingrid Moses-Scatliffe stood up and hit her gavel repeatedly.

“Please observe the decorum of the House,” she warned as the two continued to argue.

Finally, Ms. Moses-Scatliffe announced that the sitting would be adjourned until yesterday.

“I think this is an opportune time. Tempers are flaring,” she said.

Yesterday morning, lawmakers observed a moment of silence for Deputy Speaker of the House Delores Christopher, who died on Tuesday. Debate on the recovery plan is scheduled to continue next Tuesday.

The Recovery and Development Agency Act, which the HOA passed in March, states that the document should be subject to “affirmative resolution” by the House. Legislators have not yet voted on the plan.

Of the approximately $581 million the plan lays out, about $227 million will go towards “human and social services,” $223 million to “infrastructure,” $79 million to “governance,” $35 million to “business and economy,” and $18 million to “natural resources and climate change.”

In the second appendix of the document, various projects, programmes and initiatives are listed under the five sectors, along with rough dollar amounts. Not all projects under the plan’s jurisdiction are included in that monetary breakdown.

More projects — over 300 total — are listed in the back of the plan and range in specificity, though they do not include estimated costs.

One of the more precise line items outlines repairs to infrastructure in Cane Garden Bay, including work to “restrooms, the dinghy dock at Black Point, dock at Ross, reconstruction of Tourist Board booth and welcome signs.” Government will fund that project, the plan reports.

Many other projects don’t include as much detail, or the funding source is listed as “unidentified.” One, for example, merely reads: “Revise the strategic plan for Her Majesty’s Prison.”

Brodrick Penn, chairman of the Disaster Recovery Coordinating Committee — the body that authored the draft and the revised version of the plan in July — pointed out that every project is laid out in the document, even though the cost of some aren’t calculated.

Some amount of ambiguity is necessary, he said.

“Those projects will have to be further developed and accurately priced,” he told the Beacon in August. “So [the cost of ] these projects will change when they’re properly scoped. What the public needs to understand is that the government has broadly outlined what needs to happen and that’s how they came up with that grand figure. At this stage it would be counterproductive to put specific costs.”

The document does not provide a timeline for when major projects will begin, but does mention the BVI Tourist Board’s “revitalisation plan” for improvements to the tourism sector, which is to be completed by mid-2019. It also adds that the government-owned Prospect Reef Resort will likely be finished by 2021 or 2022.