Even as travel bounces back post-pandemic, Caribbean destinations risk pricing themselves out of the market if they don’t find a way to lower taxes and fees on airline tickets and …

END_OF_DOCUMENT_TOKEN_TO_BE_REPLACED 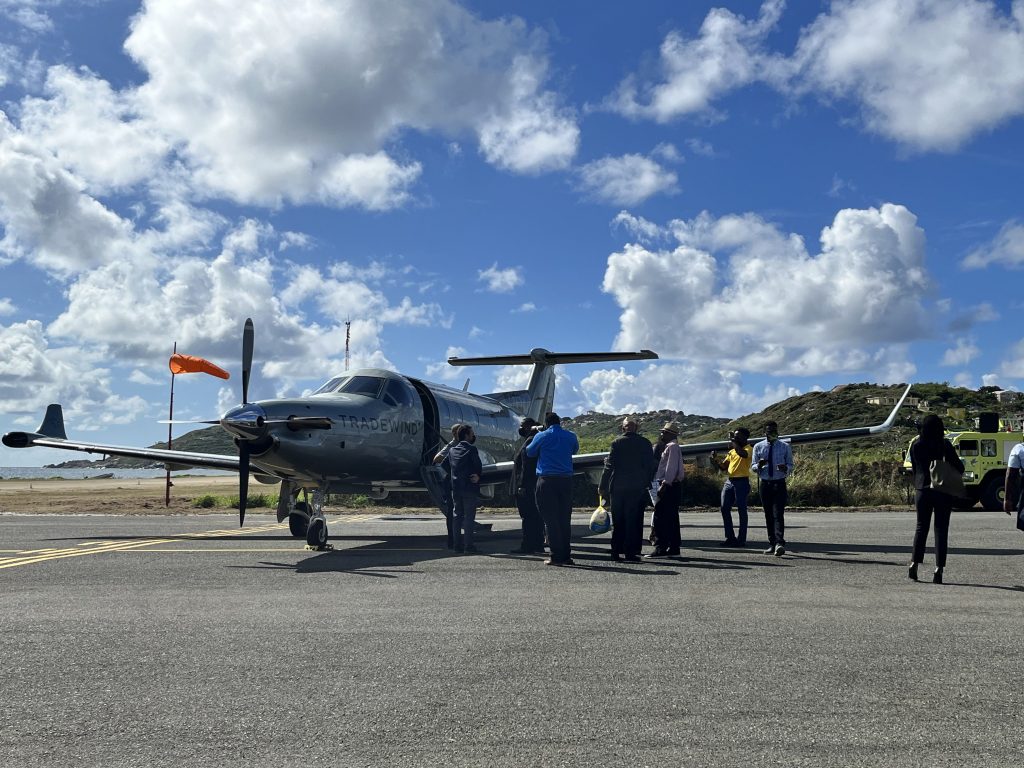 Even as travel bounces back post-pandemic, Caribbean destinations risk pricing themselves out of the market if they don’t find a way to lower taxes and fees on airline tickets and deliver a better customer experience at their airports, according to the International Air Transport Association.

Peter Cerdá, IATA vice president for the Americas, told the more than 250 delegates at the Sept. 14 Caribbean Aviation Day Conference in the Cayman
Islands that the region “needs to remain an attractive tourist destination.”

But airline tickets to the Caribbean, he said, have some of the highest taxes and fees in the world, making up an average of 30 percent of the price of each ticket — about twice the global average.

Meanwhile, it is often difficult to see the correlation between these high aviation fees and the corresponding services provided, he said.

Consequently, the region risks pricing itself out of the market if it doesn’t find a way to lower ticket costs, improve service, and “modernise and simplify the outdated policies and procedures” that often mar travellers’ experiences, according to the vice president.

As travel bounces back post￾pandemic, a lot is at stake. Mr. Cerdá said the World Travel and Tourism Council is forecasting an annual 6.7 percent
increase in travel and tourism-related gross domestic product between 2022 and 2023 compared to pre-pandemic levels.

However, he said, the business landscape has changed, and the Caribbean must put measures in place to ensure that it derives maximum benefits from the recovery.

“Today’s passengers have a choice, and as the total cost of vacations increasingly becomes a decision-making factor, governments must be prudent and not price themselves out of the market,” he said.

In some destinations, he added, airlines are charged overtime for immigration and customs to process passengers who arrive after normal business hours. This practice needs to change, he said.

“Aviation is not a nine-to-five business,” he said. “Global connectivity is around the clock.:

This process is simply unacceptable and makes no sense as those very same passengers are the ones staying at local hotels, eating at local restaurants, and fuelling local economies, no matter what time they arrive.

So why penalise and charge airlines extra who transport these passengers?

Why not change the mindset and adjust customs staffing levels accordingly and attract more airlines to the market?”

In the Caribbean, ticket taxes, fees and other charges need to be reduced “to bring them in line with the global average,” he said. “Increasing these would be detrimental to demand.”

Currently, the Virgin Islands charges at least $50 for all air passengers — a $15 departure tax, a $5 security charge, and a $30 airport development fee — which is generally included in the ticket price, according to the United Kingdom government’s guide to foreign travel.

To illustrate his point, Mr. Cerdá said a roundtrip flight from London to Barbados for an eight-day vacation in October costs around $800, but a
roundtrip flight from London to Dubai — a comparable distance — costs about $600. Similar price differences exist from Miami to Antigua, reach￾able for about $900 roundtrip, and Miami to Cancun, Mexico,
reachable for just $310 roundtrip, he said.

Mr. Cerdá added that air travel demand to the region is close to reaching pre-pandemic levels, “but to support a sustainable aviation sector as an integral part of the tourism value chain, we need governments to cooperate among themselves and with the industry.”

The stakes are especially high in the Caribbean, which is home to eight of the 10 most tourism-dependent countries globally in 2019, according to the WWTC. Prior to 2020, aviation and tourism contributed 13.9 percent of GDP and 15.2 percent of all jobs in the region, the WTTC has stated.

Mr. Cerdá urged Caribbean governments to work together to provide “multi-destination offers” in order to help travellers explore more of the region, particularly by increasing airlinks between islands. The current lack of such airlinks, he said, is why intra-Caribbean passenger levels have only recovered about 60 percent of their pre-pandemic status.