For years, government has promised to construct a new Magistrates’ Court as the first phase of a larger “Halls of Justice” project, after understaffing and inadequate facilities at Johns Hole …

END_OF_DOCUMENT_TOKEN_TO_BE_REPLACED 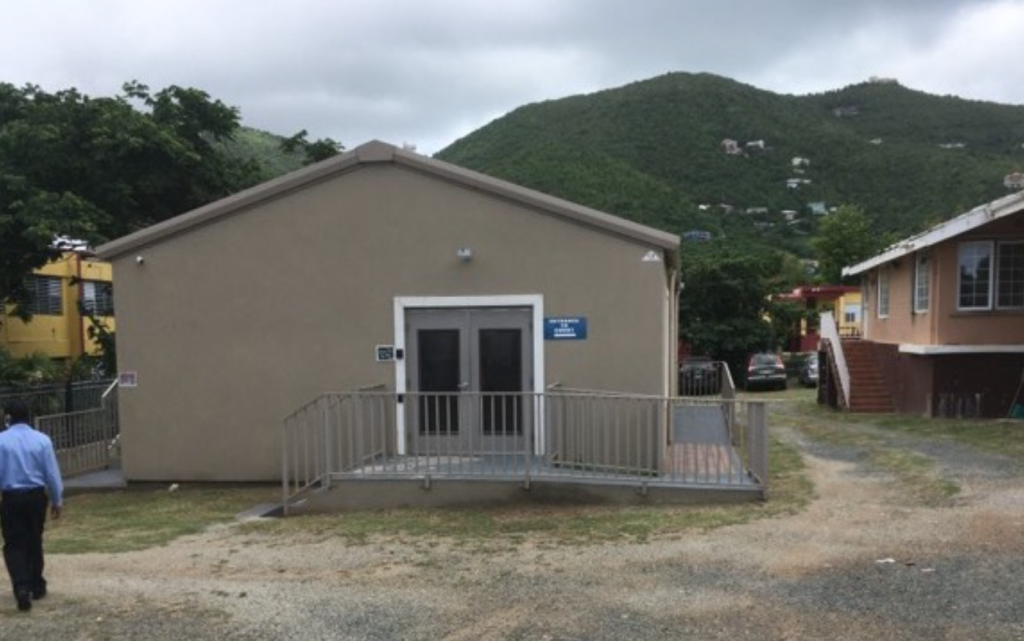 Although government has promised for years to build a new Magistrates’ Court, the report on the recent Standing Finance Committee deliberations provides scant information about plans for the facility. (File Photo: JOEY WALDINGER)

For years, government has promised to construct a new Magistrates’ Court as the first phase of a larger “Halls of Justice” project, after understaffing and inadequate facilities at Johns Hole caused a backlog of cases following Hurricane Irma.

The report on the most recent Standing Finance Committee deliberations offers few clues on how government plans to fulfill those promises: It includes only five sentences about the Magistrates’ Court that reveal little more than how much it would cost to relocate the Johns Hole facility to an unspecified location.

According to the report, acting Deputy Governor’s Office Permanent Secretary Sharleen DaBreo-Lettsome “indicated that the court needed to be moved from Johns Hole. She stated that the costing would be $108,00 for rent and $60,000 for outfitting.”

The report goes on to say that Premier Andrew Fahie “thanked the department for appearing [before] the committee and for their hard work. There being no further question, the chairman dismissed the panel.”

SFC reports are sometimes redacted without notice, and it is unclear if any discussions surrounding the Magistrates’ Court were excluded from the most recent report.

However, past SFC reports have provided a fuller picture of the challenges posed by the magistracy’s current state.

During SFC deliberations in November 2020, government officials said the criminal justice system was struggling to operate effectively due in part to a lack of personnel and physical resources — problems compounded by hurricanes Irma and Maria.

“The hurricanes placed the Magistrates’ Court in a position where they had to operate with less than the required resources,” Supreme Court Registrar Erica Smith-Penn said, according to a report on the 2020 deliberations, adding, “Having three magistrates and one courtroom caused a backlog.”

The number of unresolved cases in the magistracy jumped from roughly 28 before the storms to over 100 afterwards, Ms. Smith-Penn told the SFC, according to the report.

Also during the SFC meeting, Ms. DaBreo-Lettsome said that Sherrie Griffin, a lawyer and former public officer, had drafted a report that “identified a number of areas where improvements need to be made.”

Ms. DaBreo-Lettsome said this report was subsequently presented to the Criminal Justice Advisory Group, which in turn drafted a framework for addressing many of the issues, according to the report.

Government has long promised the construction of a “Halls of Justice” facility that would permanently house the territory’s court system.

As part of that effort, the Deputy Governor’s Office announced in December 2019 that Trojan Design and Development Ltd. was contracted to prepare designs for the new Magistrates’ Court, the first phase of the project.

The DGO also stated the project is being funded by a Caribbean Development Bank loan obtained after Hurricane Irma.

“My government is committed to developing a court facility that is resilient and smart and meets the needs of the people of the Virgin Islands,” the premier said in the December 2019 announcement.

Though the press release did not say at the time how much Trojan Design’s contract was worth, in July 2020 Recovery and Development Agency Director of Procurement John Primo announced that the firm was awarded $324,840 to provide architectural, engineering, and construction management services for the construction of the Magistrates’ Court.

That month, the DGO released another press release saying that the design phase of the new Magistrates’ Court was expected to be completed by the first quarter of 2021, with the construction of the building to be finished in 2022.

Ground has not been broken, and no announcement has been made about a contract for the construction itself.