Remittance tax slashed in half

As part of efforts to ease economic pressure on residents, government is halving a remittance tax imposed in 2020, Premier Dr. Natalio “Sowande” Wheatley announced during a press conference on Friday. …

END_OF_DOCUMENT_TOKEN_TO_BE_REPLACED 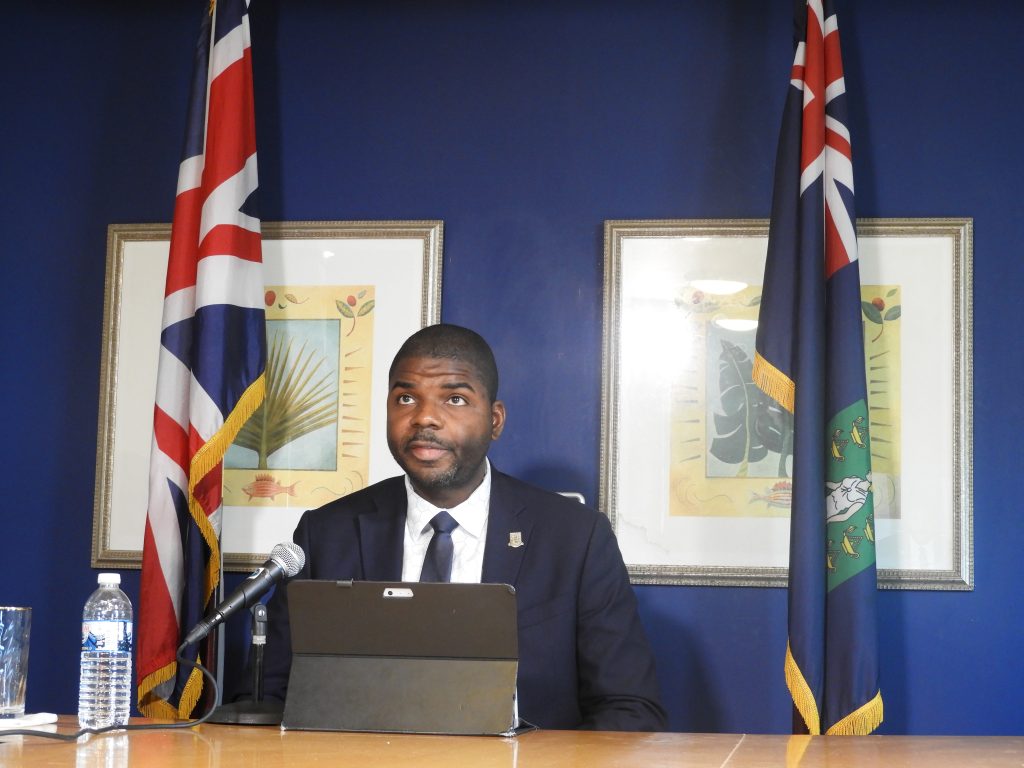 Premier Dr. Natalio “Sowande” Wheatley held a press conference on Friday, where he announced a reduction in remittance taxes and an extension on the reduction of import duties. (Photo: ZARRIN TASNIM AHMED)

As part of efforts to ease economic pressure on residents, government is halving a remittance tax imposed in 2020, Premier Dr. Natalio “Sowande” Wheatley announced during a press conference on Friday.

The previous seven percent levy on money sent abroad through services like Money-Gram — which was implemented under former Premier Andrew Fahie — will now be 3.5 percent, Dr. Wheatley said.

He also announced an extension of recent import-duty reductions.

One set — which cut customs duties above five percent to five percent — was imposed on April 15 for a period of three months, and it has now been extended three more months effective July 15.

The value of the tax cuts over the past three months totaled about $6 million, according to the premier.

“The purpose for the initiative was to ease the effects of the financial burden that the residents of the Virgin Islands were facing due to the ongoing pandemic and the growing impact of the Ukraine-Russia conflict,” he said.

Despite the duty reductions, he added, prices are likely to continue increasing.

“We do acknowledge that this is an interim measure and there is no scientific means of ensuring that savings are passed on to the consumer,” he said. “Therefore, it is necessary to introduce additional long-term measures that can pro- vide relief to struggling families.”

He also stressed the importance of healthy competition in the private sector and ac- knowledged that the government needs to reform the customs duty system. Businesses, he added, can consider establishing alternative shipping routes.

Ultimately, he said, a territory-wide discussion is needed on how savings can be passed down to consumers.

Asked about the taskforce that was supposed to monitor prices in stores and gas stations — a measure that Mr. Fahie announced in March along with the reduction of import duties — Dr. Wheatley said that the body was never assembled or engaged as planned.

“Based on my investigations, the taskforce never really functioned,” he said. “On an ongoing basis, we’re going to bring together the Trade Commission … once it’s brought into effect. That’s going to be the goal of the Consumer Affairs Unit. They’ll work together with the Central Statistics Office, customs and the ports to ensure that we have a system in place to monitor prices.”

Government is still discussing how to address concerns around rising electricity costs across the territory, he said when prompted by the media.

“Persons must understand that the cost is directly related to the high cost of diesel, of fuel, of petroleum,” he said. “The Electricity Corporation will have to pass that on to consumers.”

Dr. Wheatley added that the government is “not ready to make any announcements” regarding the cost of electricity yet.

He did, however, urge residents to consider alternative energy sources to mitigate long-term economic effects.

Asked about the opening of the Frenchmans Cay Bridge, which took place the same day as the press conference, the premier gave updates on various projects.

He said the Recovery and Development Agency has been working on roads and bridges throughout the territory.

“We have to have a discussion about lending, about borrowing, because a lot of those works were done with the $65 million Caribbean Development Bank loan,” he said. “We have to make a heavy investment in our infrastructure, but that can only be done if we make an injection into the infrastructure through something like a loan.”

He added that he would soon speak about getting a “sizable loan” to invest in infrastructure, schools, and other recovery projects that have been underfunded and remain unfinished since the hurricanes of 2017.

Asked how much of the CDB loan has been used, the premier said he believes most of it has already been spent. Asked about the £300 loan guarantee the United Kingdom offered following the hurricanes — which successive VI administrations have so far refused to accept — he said that the government will not seek to borrow that much money.

“We’ll have another loan, but it’ll be a loan that we can afford to service the debt for,” he said.

He added that the loan wouldn’t necessarily come from the UK, but the UK would be a part of the discussion on borrowing.

“Soon we will be submitting a revised fiscal plan,” he said. “Soon we’ll also go back to the House of Assembly to do what the Ministry of Finance is referring to as a revised mid-year budget.”

Asked about direct flights from the mainland United States, Dr. Wheatley said the territory should expect an update from Deputy Premier Kye Rymer in the coming days.

Dr. Wheatley also noted that the RDA is bringing the West End Ferry Terminal project back to the public. The RDA recently asked the public to vote on which design they would prefer, he added.

“Once we’ve selected a de- sign, we can move forward,” he said. “We have somewhere around $11 or $12 million available through the Caribbean Development Bank for that project, so we have funding available.”