Local News > Renewable imports to be tax-free for two years

Renewable imports to be tax-free for two years

Starting July 1, government will eliminate all import duties on any renewable energy product for a period of two years, according to a recently published summary of the May 28 …

END_OF_DOCUMENT_TOKEN_TO_BE_REPLACED 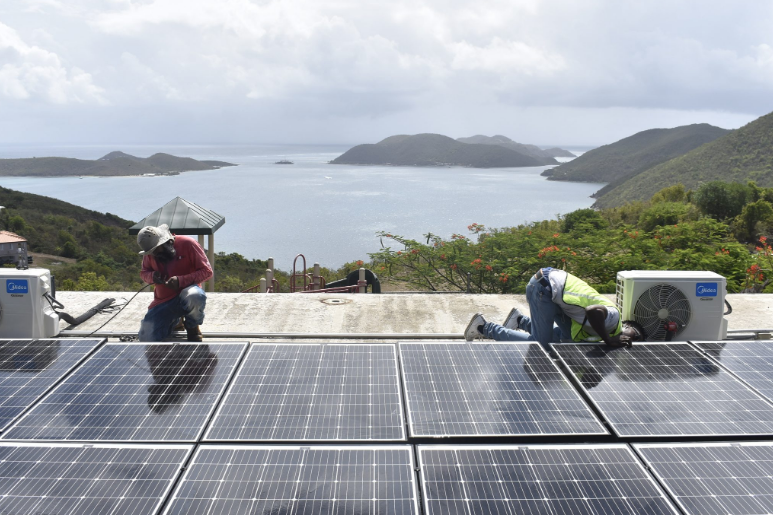 On May 28, Cabinet decided to lift import duties for renewable energy products for a two year period, even though government has previously suggested these taxes had already been lifted. (File Photo: JOEY WALDINGER)

Starting July 1, government will eliminate all import duties on any renewable energy product for a period of two years, according to a recently published summary of the May 28 Cabinet meeting.

When the two-year duty-free period ends on June 30, 2023, the customs duty for all renewable energy imports will rise to 10 percent — half the 20 percent importers currently pay, said Dana Miller, who owns the Virgin Islands renewable energy firm aTec.

“That’s good news!” Mr. Miller stated June 10 via WhatsApp in response to the recent Cabinet decision, later adding, “It will still not be anything like the financial impetus a stateside customer would experience, but it will help.”

The meeting summary stated that Cabinet members also agreed that “a policy decision be made” to change all the light bulbs and light fixtures at government facilities from fluorescent to LED, though they didn’t say when this policy would take effect or how long the transition process would last.

Cabinet members also agreed on other less definitive measures, deciding that “consideration be given for the conversion from gas and diesel to hybrid and electric for all government-owned vehicles,” and that the Ministry of Finance explore “opportunities with lending agencies to offer low interest short-term fixed loans to citizens for the purchase of renewable energy systems for their homes,” according to the summary.

Premier Andrew Fahie previously had suggested that the import duty on renewable energy products already had been lifted, even as solar developers continued to pay the 20 percent rate. During his 2020 Budget Address in November 2019, Mr. Fahie announced that his administration was working on “a package of incentives … which would feature zero tax on the import of clean energy systems such as solar and wind power generation equipment and hybrid vehicles.”

About three months later, during a February 2020 House of Assembly meeting, Mr. Fahie reiterated his commitment to lifting renewable import duties, stating that during “the 2020 Budget Address … I announced that there would be zero tax on the import of clean energy systems such as solar and wind power generation equipment, hybrid vehicles, and [the] conversion of vehicles to Liquified Propane Gas (LPG) for a period of one year.”

And during an HOA meeting that summer, Mr. Fahie appeared to suggest that the import fee had already been lifted.

“Your government is offering for one year the benefit of zero tax on the import of clean energy systems such as solar and wind power generation equipment and hybrid vehicles,” Mr. Fahie said on July 21, 2020.