Another hurricane-damaged administration building has been renovated and refurbished, this time in Anegada. Officials handed over the Theodolph Faulkner Administration Building on Dec. 17 during a ceremony on the sister …

END_OF_DOCUMENT_TOKEN_TO_BE_REPLACED 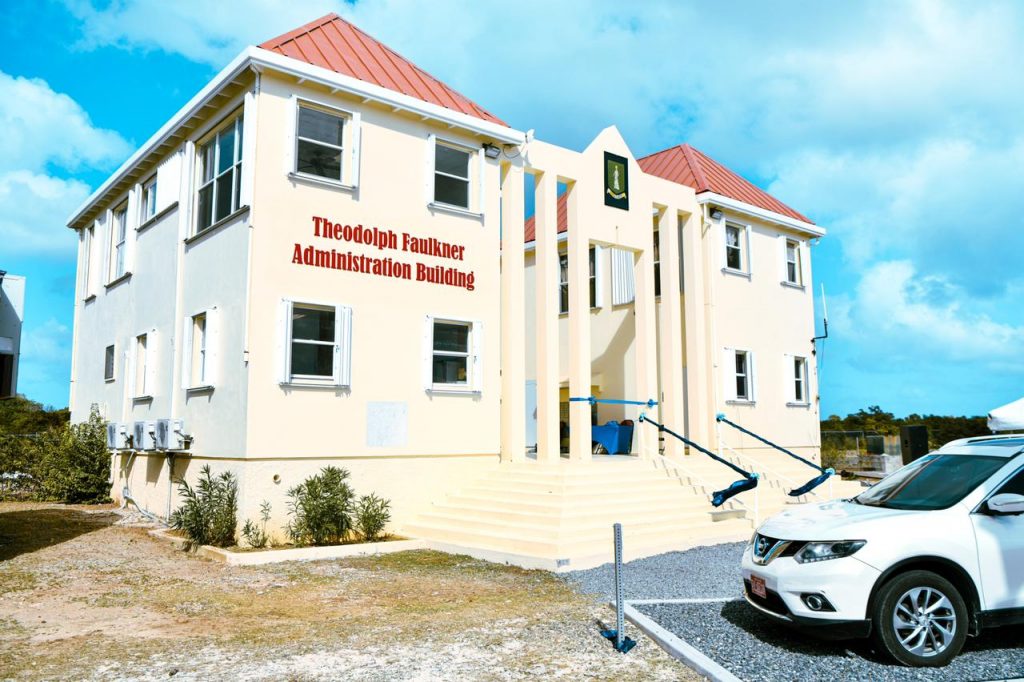 The Theodolph Faulkner Administration Building has been refurbished and renovated to house public officers on Anegada. (Photo: GIS)

Another hurricane-damaged administration building has been renovated and refurbished, this time in Anegada.

Officials handed over the Theodolph Faulkner Administration Building on Dec. 17 during a ceremony on the sister island.

The building was named after the local hero who is credited with helping to instigate the Great March of 1949 that led to the restoration of the Legislative Council the following year.

“Anegada reminds me of my own home, the country I come from, which is Scotland,” Governor John Rankin said at the ceremony. “I grew up in a very small village in a quiet place where everybody knew each other and was part of a single close community rather like Anegada.”

He said his hometown celebrated its local heroes the way the Virgin Islands commemorated Mr. Faulkner at the ceremony.

“It blossomed into something much bigger,” Mr. Wheatley said. “It started with one man with a grievance. He wasn’t complaining for his own sake, but for the sake of others.”

Mr. Wheatley said it is important for residents to express their concerns to elected officials to help bring about change. He also promised that the government is working to offer more services in Anegada.

The minister added that the contractor who refurbished the building won the bid in a “fair and transparent” process.

No Limit Construction, owned by Rajah Smith, completed rehabilitative works, which included the removal of the floor, ceiling and wall tiles; electrical and plumbing works; installation of handrails; repairs to the cistern; and exterior cosmetic works.

Mr. Rankin said the building is important as a gathering place for Anegada residents and as a fit-for-purpose space for public officers.

Works are ongoing on the island’s community centre as well, Mr. Wheatley added.

The nearly two-hour ceremony also included a rendition of the territorial song by students from the Claudia Creque Educational Centre and a steel drum performance by the Methodist Church band.