A recent report by the nonprofit Tax Justice Network alleged that the Virgin Islands is responsible for 3.81 percent of global tax losses amounting to $16.3 billion, a figure that …

END_OF_DOCUMENT_TOKEN_TO_BE_REPLACED 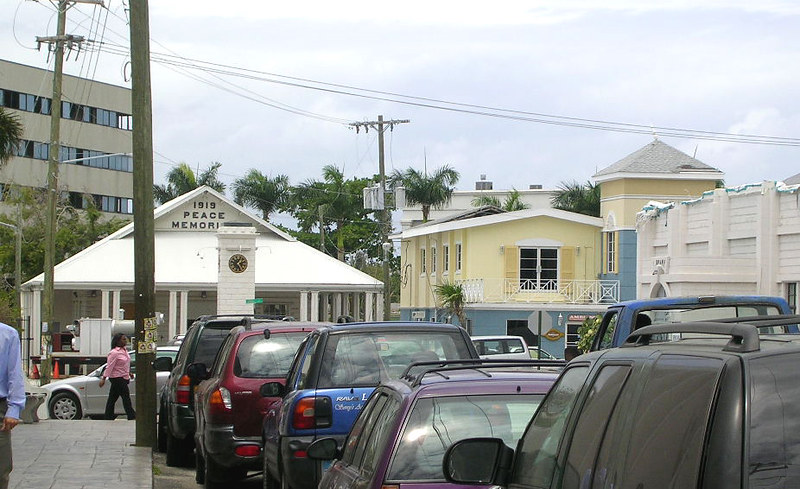 Cayman Finance slammed a new report in which the Cayman Islands, pictured above, was ranked as the “worst offender” for international tax losses by the Tax Justice Network. The VI was ranked eighth. (Photo: ROGER W/CREATIVE COMMONS)

A recent report by the nonprofit Tax Justice Network alleged that the Virgin Islands is responsible for 3.81 percent of global tax losses amounting to $16.3 billion, a figure that includes both “international corporate tax abuse” and private tax evasion.

However, regional leaders took issue with the assessment, which ranked the VI eighth out of the top 10 “worst offenders.”

TJN added that its report provides the “strongest evidence to date that the greatest enablers of global tax abuse are the rich countries at the heart of the global economy and their dependencies — not the countries that appear on the European Union’s highly politicised tax haven blacklist or the small palm-fringed islands of popular belief.”

However, the network stated that the UK “spider’s web” of overseas territories and crown dependencies, of which the VI is a part, is responsible for 37.4 percent, or $160 billion, of all tax losses.

Additionally, despite the recent global focus on the EU blacklist of “non-cooperative” tax jurisdictions, TJN found that countries on that list, which does not include the VI, are collectively responsible for just 1.72 percent of global tax losses, costing countries over $7 billion in lost taxes per year.

In comparison, EU member states were found to be responsible for 36 percent of global tax losses, the most of any region, costing countries over $154 billion in lost taxes every year.

The Caribbean as a whole was deemed responsible for 27 percent of losses, the report stated.

The Cayman Islands, which was removed from the EU blacklist earlier this year, tops the list of “worst offenders,” with the report calling it responsible for 16.5 percent of global tax losses, or more than $70 billion.

BVI Finance did not immediately respond to the organisation’s claims, but Cayman Finance slammed the report, releasing a statement claiming
that the TJN’s “distorted interpretations of the Cayman Islands’ statistics get more inaccurate, further from the facts and less believable as they
continue to be undermined by the credible findings of recognised international bodies like the [Organisation for Economic Cooperation and Development] and the EU.”

Cayman Finance added that last month, the EU completed a review of Cayman’s regime, finding it to be transparent, well-governed and not harmful.

Two of these jurisdictions, Palau and Trinidad and Tobago, “while non-cooperative with international tax regulations, did not create any observable tax losses for other countries,” the network wrote in its report.

In its methodology, which examined 188 countries, the TJN related inward bank deposits to local gross domestic product, determining anything above the average ratio observed as “abnormal.”

In the VI, 99.93 percent of $172 billion in bank deposits made in 2018 — the relevant year from the TJN’s biennial ranking of jurisdictions most complicit in “financial secrecy” — were classified as “abnormal deposits.”

TJN then used the Bank for International Settlements Locational Banking Statistics, which the VI does not report, to estimate both the origin countries of the deposits and their share of global offshore wealth.

It then arrived at a tax revenue loss estimate from wealth stored offshore by assuming that “investments made in secrecy jurisdictions” yield on average a five percent annual return. It then multiplied this figure by the top bracket personal income tax rates that would have been applied in the country of origin had the assets not been moved.

For the VI, this method resulted in an assumed three percent share of global offshore wealth, or $318.6 billion, and “a tax loss inflicted” on other countries of $5.89 billion.

The report is partially based on data self-reported by corporations under the reporting standards that are part of Action 13 of the OECD/G20 Action Plan on Base Erosion and Profit Shifting, and that was made publicly available by the OECD in July 2020.

In the report, the network called on the G20 heads of state to require the publication of individual multinationals’ country-by-country reporting, so that corporate tax abusers and their enablers could be identified and taken to task.

“Under pressure from corporate giants and tax haven powers like the Netherlands and the UK’s network, our governments have programmed the global tax system to prioritise the desires of the wealthiest corporations and individuals over the needs of everybody else,” he said, and called on governments to introduce an excess profit tax on large multinational corporations that have thrived during the pandemic “while local businesses have been forced into lockdown.”