Active and retired police officers, elected officials and other residents gathered at Althea Scatliffe Primary School on Monday night for a public consultation about the proposed Police Act 2019.  The …

END_OF_DOCUMENT_TOKEN_TO_BE_REPLACED 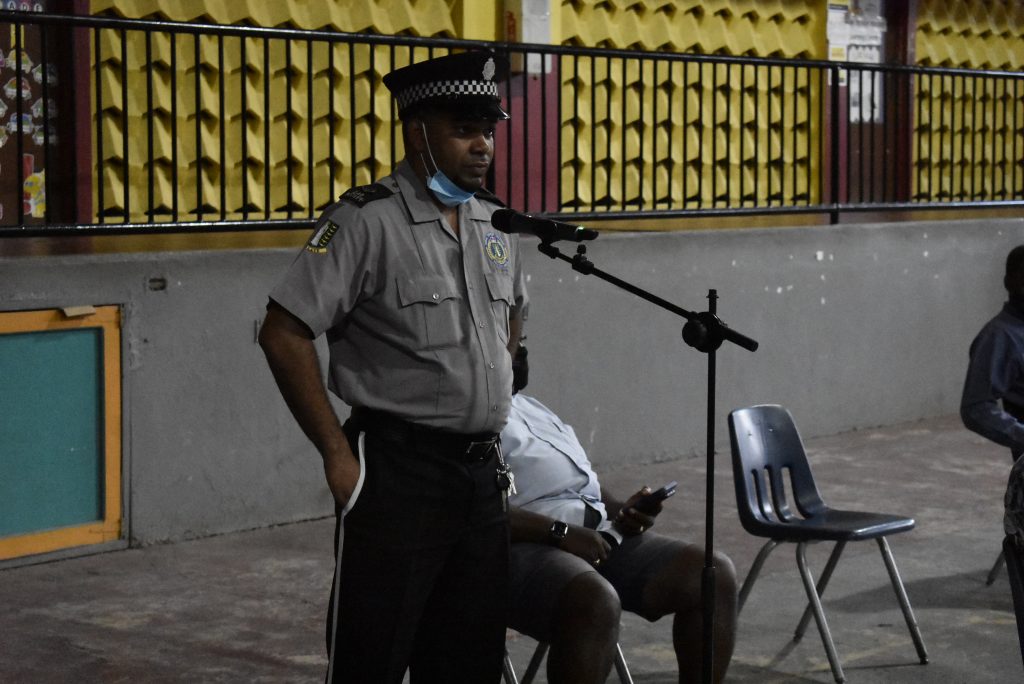 Active and retired police officers, elected officials and other residents gathered at Althea Scatliffe Primary School on Monday night for a public consultation about the proposed Police Act 2019.

The law was last revised in 1991, and if the proposed new version is passed by the House of Assembly, it will give officers powers that many of the top brass say are necessary to modernise the force.

“The BVI is not actually doing something avant-garde: We’re just trying to catch up with the rest of the world,” said Detective Sergeant Kenrick Davis.

But the officers on Monday acknowledged that some of the proposed changes that they think will most enhance their policing ability are also the most controversial.

These include amendments that would empower police to collect some DNA samples without the consent of a suspect; to hold arrested suspects for 72 hours before bringing charges instead of the current limit of 24; and to search a suspect’s residence without a warrant from a judge or magistrate, said Deputy Police Commissioner Alwin James.

Under the current legislation, police officers have to obtain a warrant from a judge or magistrate before searching a suspect’s residence, Mr. James said.

If the House passes the 2019 version of the bill, that would change.

The proposed revision states that once a suspect is arrested and in police custody, a police inspector would then have the authority to sign off on a search of that suspect’s residence, said Mr. James.

Increasing the length of time that officers can detain a suspect without bringing charges from 24 to 72 hours will also help police do their job, in part by minimising the possibility of suspects meddling with investigations, Mr. Davis added.

The problem posed by the 24-hour limit, he explained, is that if officers arrest and question a suspect but are unable to bring charges within that time frame, they then have to let the suspect free after giving them a glimpse of their investigative strategy.

That person may then tamper with evidence or interfere with witnesses, “and the whole investigation is thwarted,” Mr. Davis added.

Under the current law, a suspect’s refusal to give a DNA sample can have similarly devastating consequences for a police investigation, Mr. James said.

When the floor opened for public comments, Sergeant O’Neal Bakker, who is president of the Police Welfare Association, said he wishes to see some changes in how aging officers are financially cared for.

For instance, he wants the new law to allow the PWA to participate in credit unions, investment clubs and similar organisations,which is currently banned.

He also noted that all decisions relating to the PWA, budgetary or otherwise, have to be agreed by the police commissioner.

The fact that the commissioner is directly in charge of the force and the PWA poses a “conflict of interest,” Mr. Bakker claimed.

Though he did not say whether he favours changing the leadership structure of the PWA, he said that he would “send forward” a list of proposed changes on its behalf.

Acknowledging the toll that police work can take on a person’s health, and the hefty medical bills that can accumulate later in life, Mr. Davis also said that he and other officers had discussed with the premier a way for officers’ health care to be funded during the transitional period after their mandatory retirement at 55 but before their Social Security payments kick in.