After being named in last year’s Queen’s Birthday Honours, Elihu Rhymer was formally pinned with the British Empire Medal during an investiture ceremony at his home last Thursday morning. “Across …

END_OF_DOCUMENT_TOKEN_TO_BE_REPLACED 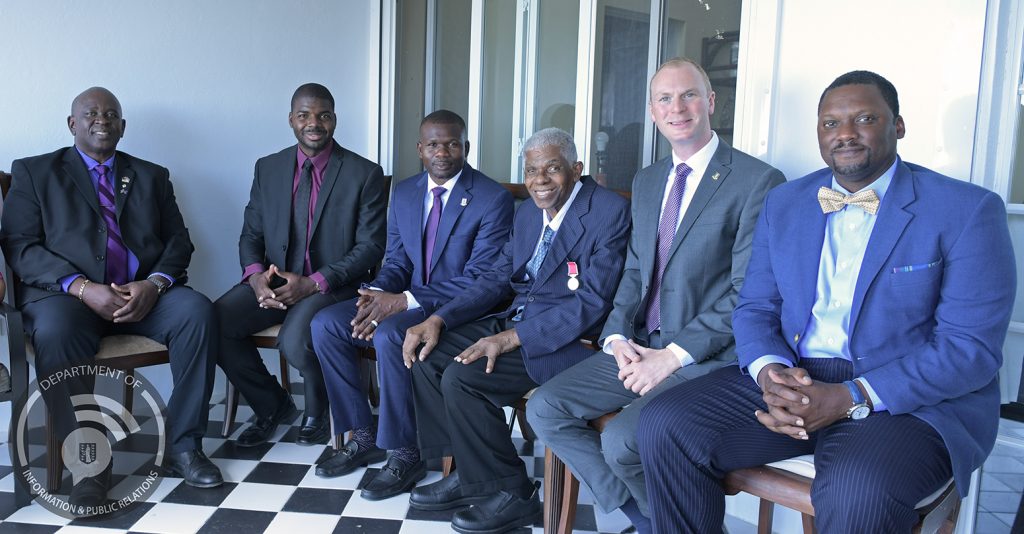 After being named in last year’s Queen’s Birthday Honours, Elihu Rhymer was formally pinned with the British Empire Medal during an investiture ceremony at his home last Thursday morning.

“Across the realms of Her Majesty Queen Elizabeth II, to this day the Queen’s Birthday and New Year’s Honours remain the principal order of chivalry in our modern democracy,” Governor Gus Jaspert said during the ceremony.“In easier terms, modern-day knights.”

Mr. Rhymer, he added, started his career as a teacher and later rose through the ranks of the public service to become a permanent secretary. He also undertook many entrepreneurial endeavours, including the Josiahs Bay Cottages, BVI Development Consultants and Best Vacations Imaginable, according to the governor.

Additionally, Mr. Rhymer served on boards and committees including the BVI Tourist Board and the board of the H. Lavity Stoutt Community College.

During the ceremony, he stood with his wife Patricia Todman Rhymer and other supporters to receive the medal on his lapel from Mr. Jaspert.

“It is truly my great pleasure to bestow upon Mr. Rhymer this British Empire Medal,” the governor said.

Ms. Rhymer responded on behalf of her husband and said that they were both delighted to see him honoured.

“I think Elihu is now extremely proud, but I think he also feels like it’s about time that he was recognised for his service,” she said.

She added that her husband’s service comes from his deep love of the territory.

“He exemplifies a special kind of pride of love for his community,” she said, adding, “The British Virgin Islands is really a blessed country to have so many people of excellence willing to contribute to its continued development, but I do think that Elihu is particularly dedicated to trying to make his country the best that it could possibly be.”