This week, Rotaract’s international arm celebrated half a century of “fellowship through service.” The local branch of the organisation — which has 33 years under its belt — marked the …

END_OF_DOCUMENT_TOKEN_TO_BE_REPLACED 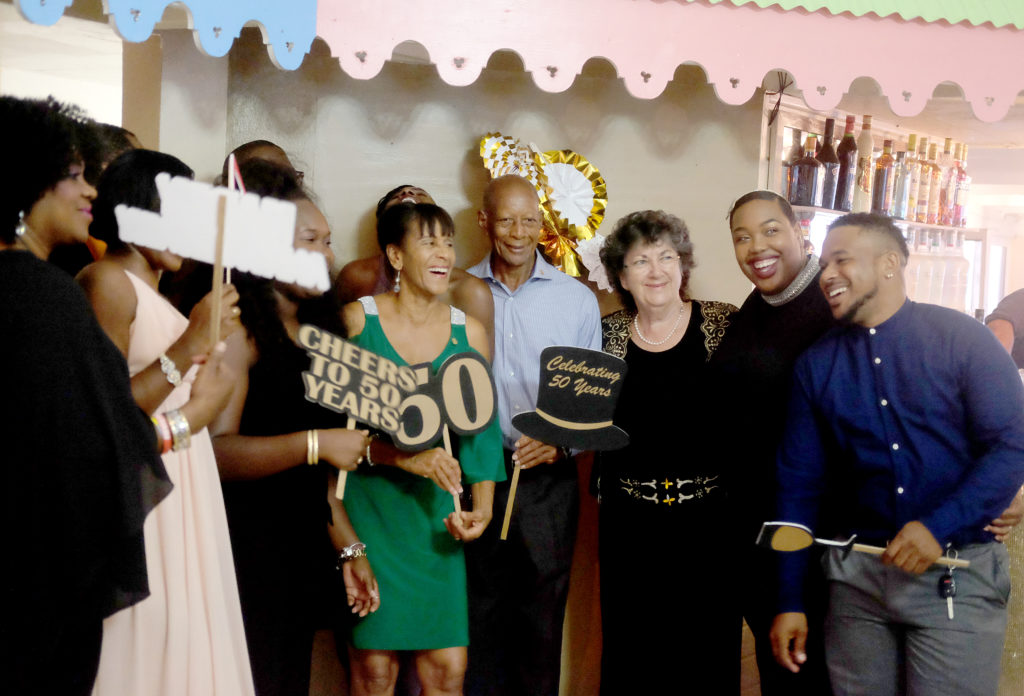 This week, Rotaract’s international arm celebrated half a century of “fellowship through service.”

The local branch of the organisation — which has 33 years under its belt — marked the anniversary by hosting a cocktail party on Sunday night and handing out awards to several dedicated members.

For a group centred around helping others, a little bit of fun went a long way.

“This 50th anniversary — it’s for us,” said the incoming director of club service, Armoy James, 20.

The event kicked off World Rotaract Week, during which Tortola Rotaract will host several activities.

The group has several signature projects throughout the year — including school supply drives, a Christmas celebration at the Adina Donovan Home for the Elderly, cyber-bullying presentations and an autism project — intended to directly help the BVI Autism Centre and supported by a Rotary District 7020 grant.

On Sunday, five Rotaractors were given D.R.A.W. awards (because they were deemed dependable, reliable and always willing to serve). Fifteen members of the club who have served for five or more years were also recognised at the event.

The 50th anniversary of Rotaract comes at a good time, Ms. James said. She hopes young people across the territory will join the organisation.

“We get ourselves out there and, you know, show the community that young people are humble, basically to remove the bad stigma that they have of young people,” she said.

“We do a lot for the community and we take a lot from our parent club, Rotary, and they teach us basically to put our community before ourselves and actually be in fellowship through service.”

After three murders in the new year and several publicised shooting incidents, Ms. James said Police Commissioner Michael Matthews recently came to speak with the group during a weekly meeting.

The commissioner focused on conflict resolution among youth and the significance of the EarlyAct Club for students age 5 to 13.

Most importantly, Ms. James hopes young people can find a sense of purpose through the organisation while also using it as a social outlet.