Peter Haycraft, who migrated to the Virgin Islands as a young sailor and founded a small wholesale company that would become the territory’s largest supermarket chain, died in the early …

END_OF_DOCUMENT_TOKEN_TO_BE_REPLACED 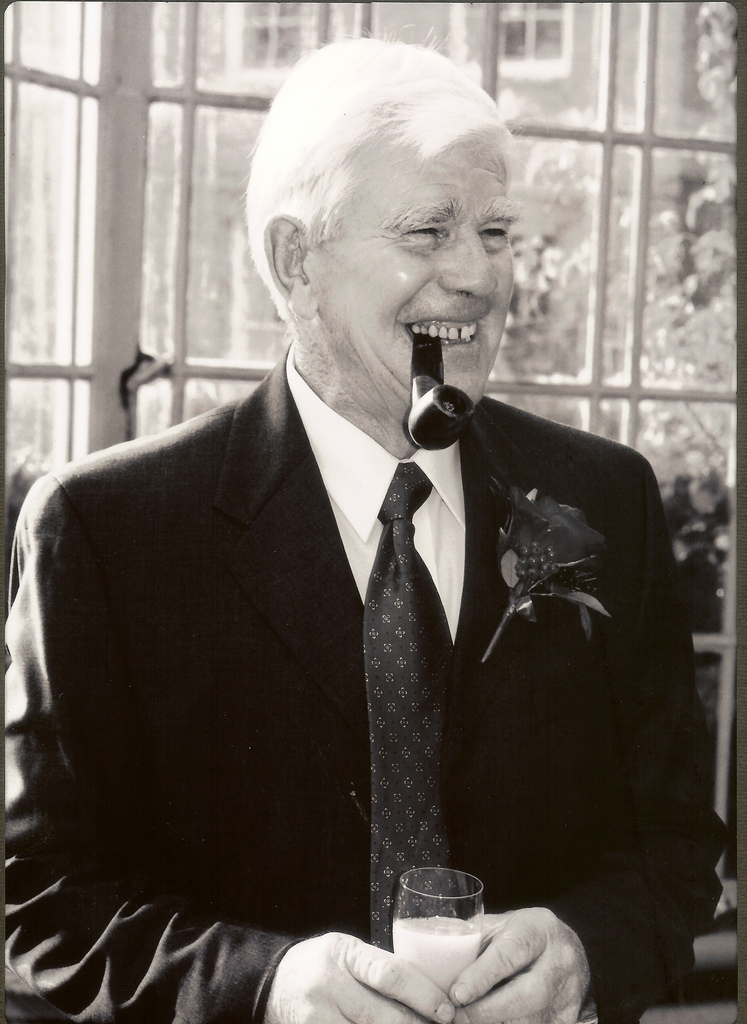 Peter Haycraft, who migrated to the Virgin Islands as a young sailor and founded a small wholesale company that would become the territory’s largest supermarket chain, died in the early hours of Saturday. He was 88.

“He will be sadly missed by his wife, children, grandchildren and many lifelong friends,” his daughter Julie Haycraft Wills wrote in a statement on behalf of the family, which also includes his wife Penny, son Chris and daughter Susan. “Peter and Penny made the BVI their home from 1960, raised three children and enjoyed 62 years of married life.”

Mr. Haycraft was born in the small village of Worthing in West Sussex, England, and always felt drawn to the sea, according to a 2011 interview he gave to John Everitt for the “Builders of Tortola” website.

After spending 10 years in the Merchant Navy and marrying Penny, a teacher and photographer, he began looking to settle in a land-based job. He first came to the VI to run a ferry service between Tortola and St. Thomas.

“I had never heard of Tortola before, but I was looking for a job and I met the qualifications,” Mr. Haycraft told Sailing BVI Magazine in a 2019 interview, adding, “By December 1959 I arrived here, and Penny came a month later.”

When the couple arrived, the VI lacked many of the resources it has today.

“In 1961 there wasn’t a bank in Tortola and we had no assets apart from youth and enthusiasm,” Ms. Haycraft wrote in a 2001 article in the Island Sun.

To get capital to start a business, her husband had to seek a $500 loan from sympathetic VI friends.

Road Town Wholesale, from its first small office on Main Street, began by importing canned peas, carrots and milk from the United Kingdom.

“In those days, there was no milk unless you knew someone with a cow or goat, and so mothers fed their babies PET Milk,” Mr. Haycraft told
Sailing BVI. “And also nobody had fridges.”

Mr. Haycraft often made deliveries himself around town on a motor scooter, his wife recalled in her article.

Since shipping from St. Thomas was still irregular at the time, Mr. Haycraft purchased a small wooden cargo vessel, the M/V Kilros, and used it to pick up his own goods from the West Indian Company in St. Thomas.

According to a statement from the BVI Ports Authority, Mr. Haycraft also was the first harbour pilot for Road Harbour and “contributed significantly to the start of both the shipping and cruise industry in
the territory.”

In 1970, RTW opened its first warehouse in Pasea Estate, which eventually evolved into the 21,066-square-foot Rite Way supermarket  that exists today alongside the 24,000-square-foot Cash and Carry. The company now operates a total of nine retail locations throughout the VI, according to its website, and with more than 400 employees it claims to be the territory’s largest private-sector employer. In 2017, Mr. Haycraft sold his majority share in RTW to a Canadian company, North West Industries, for about $32 million. Although the move created controversy locally, Mr. Haycraft said at the time that he knew his “life’s work” was in good hands.

In 1968, before the opening of Port Purcell facilitated the use of large container ships, Mr. Haycraft also founded Island Shipping to help bring goods directly from Antigua and other nearby countries using lighter boats. The company is now affiliated with Tropical Shipping and remains one of the VI’s primary shipping companies.

Always a sailor, Mr. Haycraft spent much of his work and leisure time on the water, and he served as the commodore  of the Royal BVI Yacht Club for 13 years.

After the 2017 hurricanes, he pledged support to enable the youth sailing programme to purchase new equipment and get young sailors back on the water. He was an integral part of the team that created the BVI Spring Regatta in 1972, and over the years he was involved in every
aspect of the event.

An avid racer himself well into his 80s, he competed in more than 40 editions of the regatta.

“The sailing community of the BVI has much to thank Mr. Haycraft for, and his legacy extends across the spectrum behind the scenes and on the water, from the youth sailing to racing,” the Royal BVI Yacht Club wrote in a statement.

One of Mr. Haycraft’s most notable acts of philanthropy came following Hurricane Irma in 2017, when he donated more than $2 million to rebuild Enis Adams Primary School, where his wife had worked as a teacher. He broke ground on the school himself.

“He pledged $1 million and ended up spending well over $2 million,”
Deputy Premier Dr. Natalio “Sowande” Wheatley said in a statement this week.

“This was an amazing and inspiring act of heroism.”

Premier Andrew Fahie said he was “deeply saddened” by the businessman’s death.

Last year, the Queen honoured Mr. Haycraft’s accomplishments by awarding him the Order of the British Empire for his services to the VI.

At the time, Mr. Haycraft deflected the credit for the honour.

“It’s important for you to know that you all have contributed, through loyalty or friendship, to me achieving this honour,” he told attendees at the ceremony, adding, “Penny and I have never regretted for one moment the decision back in 1960 to make Tortola our home.”