Work is expected to accelerate soon on renovations to the Central Administration Building while public officers are relocated to temporary accommodations, Transportation, Works and Utilities Minister Kye Rymer said Monday …

END_OF_DOCUMENT_TOKEN_TO_BE_REPLACED 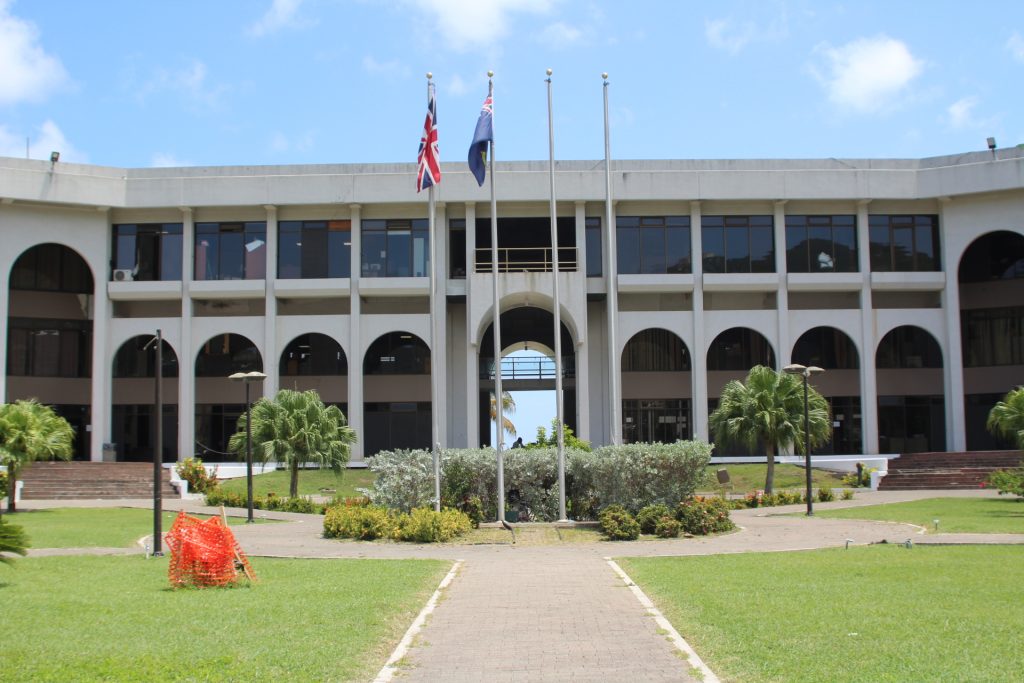 The Central Administration Building is still being repaired two years after Hurricane Irma ravaged the islands. But work on it is expected to accelerate soon. (Photo: ZARRIN TASNIM AHMED)

Work is expected to accelerate soon on renovations to the Central Administration Building while public officers are relocated to temporary accommodations, Transportation, Works and Utilities Minister Kye Rymer said Monday after announcing that Cabinet had decided that Deputy Governor David Archer Jr. should officially hand over the project to him.

Mr. Rymer, who didn’t explain the reasons for the recent delays, said the work will involve “extensive interior and exterior improvements” that will enable the building to withstand various hazards. It will also incorporate “smart technology,” he added.

“On Sept. 20, acceptance letters were issued from the government to two contractors to repair the roof and to demolish and replace the skylights, respectively,” Mr. Rymer said, without identifying the contractors or announcing the cost. “Cleaning and removal of the remaining membrane on the roof will begin in a few days in preparation for the works to begin.”

He added that the contracts include “strict conditions” that require this phase to be completed in 90 days.

Other works, he said, are coming soon as well.

“We are working on obtaining the necessary approvals from Cabinet to commence work on clearing the contaminated debris, furniture and other articles from the basement of the building and to sanitise the basement, while restoring any files that can be cleaned and salvaged,” Mr.Rymer said. “Tender documents for the removal and replacement of the glazing, windows and doors will remain in the public domain for the next two months.”

He added that he is hoping to see a strong response from VI contractors, who he pointed out have played a major role in recent projects including the Elmore Stoutt High School L-shaped building, the Enis Adams Primary School, the West End Police Station, the Virgin Gorda police barracks and others.

“Some of these projects have seen healthy collaboration between local and foreign service providers,” he added. “This has ensured that our local tradesmen gained knowledge from skills transfer, that our local businesses benefited from these opportunities, and that some of the moneys spent on these projects remained in the BVI to strengthen the local economy.”

To ensure the safety of public officers while works are ongoing, “all agencies” in the CAB will relocate to “alternative accommodation,” he said without specifying the location of the temporary offices or providing moving dates.

“We look forward to all parties cooperating and working together to make this transition a smooth and seamless one, bearing in mind that the ultimate goal is to return, as quickly as possible, to proper, comfortable and safe accommodations at the restored Central Administration Complex,” he said.