Saba Rock Resort has been through more than a few storms since the 1960s, when scuba diver and treasure hunter Herbert “Bert” Kilbride used it as his laid-back North Sound …

END_OF_DOCUMENT_TOKEN_TO_BE_REPLACED 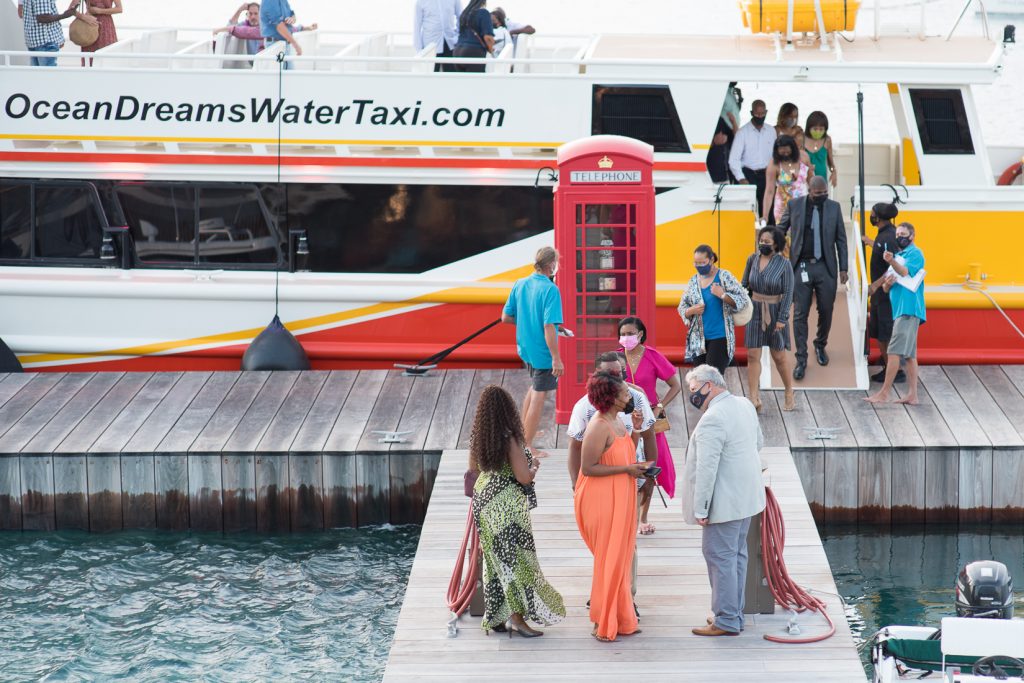 Saba Rock Resort has been through more than a few storms since the 1960s, when scuba diver and treasure hunter Herbert “Bert” Kilbride used it as his laid-back North Sound hideaway, attracting sailors, divers and other travellers who still remember it fondly.

In the past four years, the storied property was totalled by hurricanes Irma and Maria, faced the challenges of rebuilding during a pandemic, and mourned the death earlier this year of one of its owners, Czech billionaire Petr Kellner.

But on Friday, General Manager Alain Prion officially threw open the resort’s doors following a ribbon-cutting ceremony in front of more than 100 guests, including VI government and tourism officials, hospitality partners, and other residents.

“The reopening of Saba Rock is a great day of pride for everyone involved in its rebuilding and transformation process,” Mr. Prion said.

“The new Saba Rock experience is a true reflection of our destination that celebrates our storied past and the lifestyle that attracts visitors from all over the world.”

Czech-based ADR Architects was brought in to create a sturdy design concept that can withstand future storms while keeping “the fun-loving vibe and charm that Saba Rock was known for,” according to a press
release from the resort.

The release added that the offerings now include seven guestrooms and two suites, an open-air main restaurant, a lounge, two bars including a
rooftop sunset bar, a spa room, and a retail space that also serves as a museum with artefacts from nearby shipwrecks.

Saba Rock’s daily tarpon feedings are also back, alongside new
and returning activities like diving, snorkelling, standup paddleboarding, waterfront yoga, kiteboarding, and glass-bottom boat tours, according to the resort.

Premier Andrew Fahie was  among the dignitaries who spoke at the opening.

“Saba Rock really lights up the North Sound and lights up our tourism product,” he said.

“This project brings hope that tourism is back on the rise in the BVI and that the economy of the BVI will start coming back stronger than ever.

This is not just the reopening of Saba Rock; this is ensuring that we plant a rock steady and firm in the middle of our economy.”

In November 2020, Mr. Prion, who joined the team in 2019, told the Beacon that Irma had totally devastated the island, and that the resort had to rebuild “from the bottom up.”

He also said at the time that the resort was purchased after Irma from its second owners, the McManus family, by Mr. Kellner and VI developer Doug Riegels — who also spearheaded the post-hurricane revitalisations of properties including Nail Bay Sports Club, Anegada Beach Club, and De Loose Mongoose.

Mr. Kellner died in a helicopter crash in Alaska in March.

The resort is offering roundtrip ferry transfers from Gun Creek and Leverick Bay, with nightly rates starting at $750.