Petr Kellner was someone who knew the value of a simple glass of cold water. “I remember him bringing in a container of ice after the hurricanes,” Virgin Gorda resident …

END_OF_DOCUMENT_TOKEN_TO_BE_REPLACED 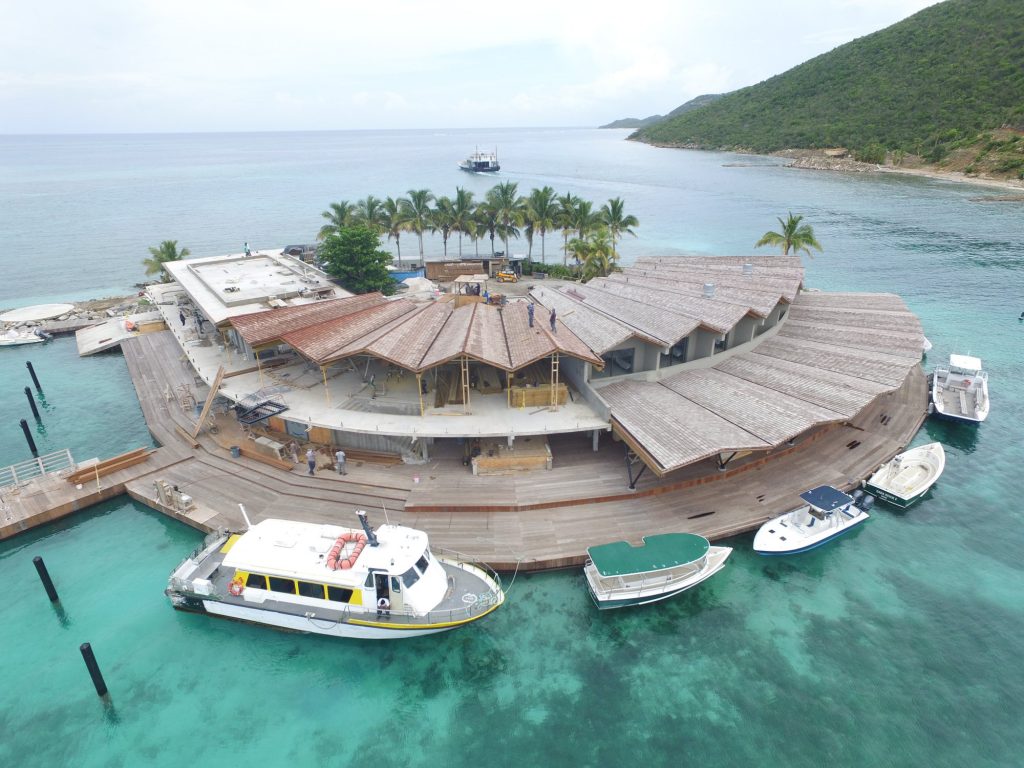 After being rebuilt from the ground up, Saba Rock Resort is preparing to open in the spring, more than three years after it was destroyed in Hurricane Irma. (Photo: PROVIDED)

Petr Kellner was someone who knew the value of a simple glass of cold water.

“I remember him bringing in a container of ice after the hurricanes,” Virgin Gorda resident Sharon Flax-Brutus recalled on Monday. “We were so grateful that he actually thought about how important a glass of cold water could be.”

Mr. Kellner was one of five people who died in a helicopter crash during a skiing trip in Alaska on Saturday. The 56-year-old Czech billionaire owned Saba Rock Resort and the Sugarcane Restaurant at Nail Bay, among other investments in the territory.

With a net worth of some $15.7 billion, he was the wealthiest person in the Czech Republic and the only person from his country to be listed on the Bloomberg’s Billionaires Index.

Mr. Kellner was born in 1964 in what was then Czechoslovakia, according to Bloomberg. He studied economics and worked as a salesman for an office-equipment distributor shortly after the Velvet Revolution in 1989. When the state began selling assets like industrial firms and refineries, he formed a holding company called PPF Group NV in 1991 and ultimately acquired stakes in 202 companies.

He looked forward to retiring in the Virgin Islands, according to Natural Resources, Labour and Immigration Minister Vincent Wheatley, who represents Virgin Gorda.

“I held Mr. Kellner in high esteem as he not only spoke of the love he had for these islands but also demonstrated it in deeds, without fanfare,” Mr. Wheatley said on Tuesday. “He was looking forward to retiring in the Virgin Islands at some point in time and making the [VI] his permanent home.”

It was his humility, generosity and love for the territory that people will most remember, according to Ms. Flax-Brutus, Mr. Wheatley and Mr. Kellner’s long-time business partner and friend Doug Riegels.

“I just remember how much he helped us after the storm,” Ms. Flax-Brutus said. “He did it with a sense of grace and humanity. He was good from his heart.”

She added that Mr. Kellner donated generators and helped with unemployment following the 2017 hurricanes. He was a good businessman who took care of his employees and cherished time with family, she added.

“He was truly a good person inside and out,” Ms. Flax-Brutus recalled.

Mr. Riegels said Mr. Kellner was a major benefactor for the territory who often would make large donations without drawing attention to himself.

He added that business operations would likely continue as normal at Saba Rock and Sugarcane, but that decisions to make large donations would be more “corporate” in the future.

“[Mr. Kellner] was eagerly investing in a lot of businesses here and wanted to be involved in education,” Mr. Riegels said. “He was one of the true guys: When he said he loved this place, he meant it unconditionally.”

For Mr. Kellner’s business interests in the VI, he added, “It’s back to square one right now.”

But he said that Mr. Kellner’s business partners will have a better sense of direction by next week.