Local News > Dust is the densest in 50 years, expert says

Dust is the densest in 50 years, expert says

On June 13, a United States NASA satellite captured images of a massive plume of dust swirling up from the Sahara Desert. The particulate cloud eventually began travelling west across …

END_OF_DOCUMENT_TOKEN_TO_BE_REPLACED 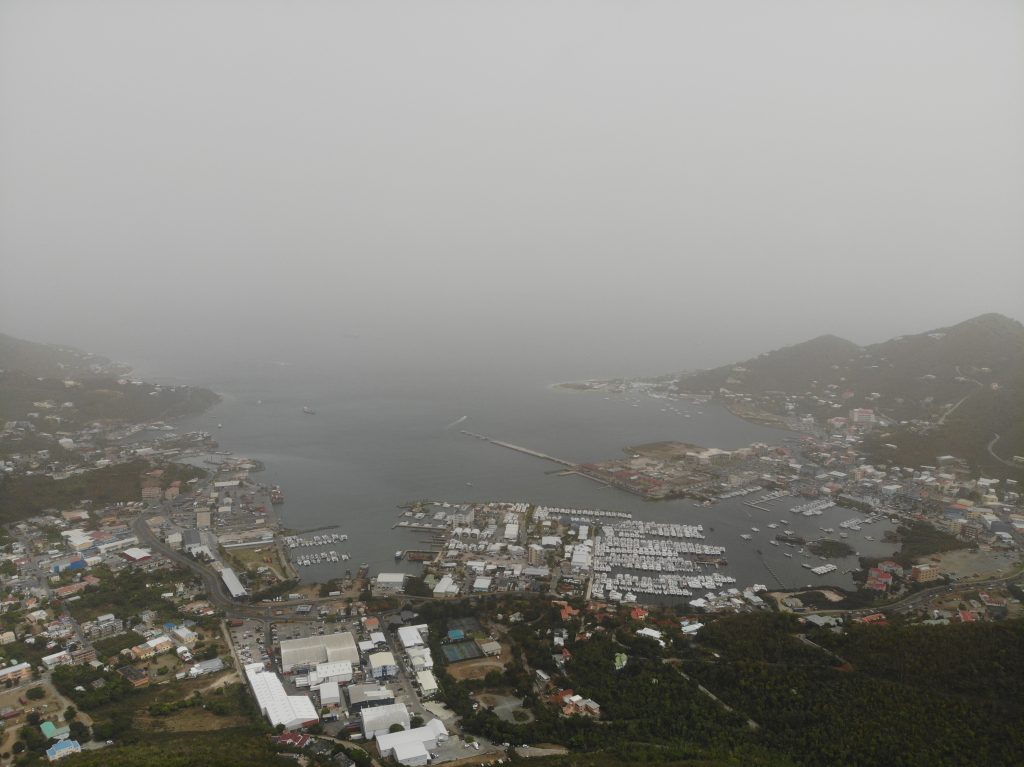 On June 13, a United States NASA satellite captured images of a massive plume of dust swirling up from the Sahara Desert.

The particulate cloud eventually began travelling west across the Atlantic Ocean, and by Saturday winds had carried it more than 9,000 kilometres to the Virgin Islands, turning the territory’s famously blue skies into a dull grey haze.

Though a dust cloud typically forms above the Sahara every three to five days from late spring to early fall, only a few make it across the Atlantic, and the haze ensconcing the VI earlier this week was the densest observed in the past 50 to 60 years, Dr. Olga Mayol of the Institute for Tropical Ecosystem Studies at the University of Puerto Rico told Weather.com.

The cloud — known as a Sahara Air Layer, or SAL —could grow large enough to cover an area the size of the continental United States, and its journey may be far from over, according to the US National Oceanic and Atmospheric Administration.

SALs can track as far east as the US Gulf Coast when winds are particularly strong, and have been known to blow as far south as the Brazilian Amazon Basin, where the minerals in the dust replenish the nutrients constantly depleted by torrential tropical rains, NOAA explained in a press release.

In the Caribbean, too, a SAL can bring benefits.

The warm air that propels the clouds across the Atlantic stabilises the atmosphere and contains about half the moisture of a typical tropical atmosphere, according to the NOAA.

This drying effect, combined with strong winds, works to suppress cyclones and hurricanes.

Because of the possibility that the cloud might blunt the power of forthcoming storms, Jared Brett, who co-owns a charter boat in the VI, said that the dust was a welcome surprise.

“We read up that it’s good for hurricanes; we’re almost inviting it,” Mr. Brett said.

But the SAL can also prompt toxic algal blooms and inflame respiratory illnesses, a fact that Ann Miller, of Huntums Ghut, finds concerning.

Relaxing on her porch Sunday afternoon, Ms. Miller soon had to retreat back inside when her allergies flared up and her eyes and nose started to burn, she said on Monday.

“It was so thick,” Ms. Miller said, adding, “[If ] I had that reaction, then what about those that have real, real respiratory problems?”

The Department of Disaster Management posted Facebook updates on Sunday warning that people with respiratory illnesses should be on high alert and avoid outdoor activity, as the dusty air could prompt runny noses, coughing and difficulty breathing.

The same day, the Antigua and Barbuda Meteorological Service warned that the country’s air quality had become unhealthy due to the surge of Saharan dust, and similarly urged the public to limit time outside.

This was not the first time Ms. Rowe had seen a SAL blanket the VI skies, but she said she can’t recall one that was so severe.

Even though she expected the cloud after reading weather reports, she was still awed by how densely it engulfed the territory, she said.

“I’ve never really seen it this bad before,” she said

And on Thursday morning, when the cloud appeared to have dissipated in the VI, the Department of Disaster Management issued an update predicting a second surge of Saharan dust, which was expected to move into the region by Friday and affect the territory throughout the weekend.