For more than a few Polish sailors who arrived in Trellis Bay on Tuesday night, Captain Wladek Wagner was something of an inspiration. “He was 19 when he left Poland …

END_OF_DOCUMENT_TOKEN_TO_BE_REPLACED 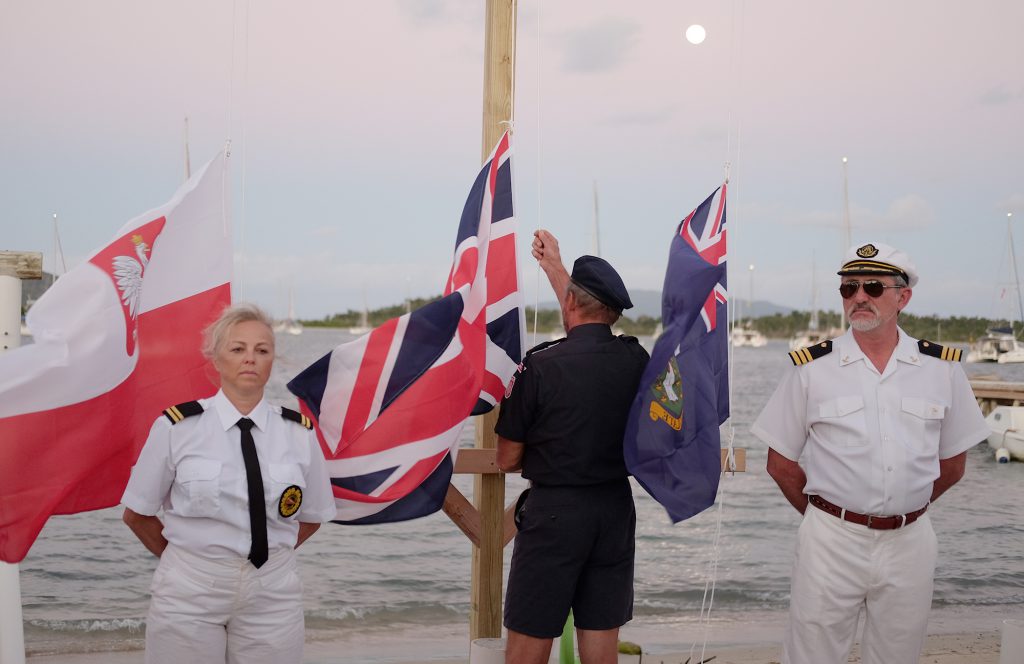 For more than a few Polish sailors who arrived in Trellis Bay on Tuesday night, Captain Wladek Wagner was something of an inspiration.

“He was 19 when he left Poland [to sail around the world]. We’re kinda crazy dudes like that too, so it connects,” said Slawek Krolikiewicz, one of the organisers of the event. “Another connection is that we’re all Polish immigrants. We live in Canada, the US, many places.”

The Wagner Sailing Rally, an event that first took place in the territory in 2012, was created to honour Captain Wagner, who in 1939 became the first Pole to circumnavigate the globe and who is also one of the first developers of Beef Island.

And this week about 120 Polish sailors gathered to celebrate his life and contributions to the territory during three days of live Polish music, performances from local groups, and a full moon party.

Captain Wagner began his journey from Poland in 1932, and eventually sailed around the world in seven years with the help of three different ships: Zjawa, Zjawa II and Zjawa III. But towards the end of his voyage, World War II had broken out and Captain Wagner received word that the Germans had attacked Poland, forcing him to stay in England.

A few years after the war, he and his wife Mabel decided to sail from Dublin to Australia aboard another boat, the Rubicon.

Those plans were altered, however, when the couple found out Mabel was pregnant while docked in Trinidad. They decided to forgo sailing to Australia and instead wound up in the Virgin Islands.

During Captain Wagner’s nine years in the territory, he built a shipyard and home in Bellamy Cay (which he originally bought for $75) and also helped create the airstrip on Beef Island.

Though he died in 1992, Mabel went on to write a book about her time living in Tortola, titled Lest I Forget – The Wagner Family, Pioneers of Trellis Bay, Beef Island, BVI.

Ephraim Penn, another organiser of this year’s rally, said his father Obel was a good friend of Mr. Wagner’s during the mid-20th Century and helped develop the area alongside him.

“Wagner came here and he fell in love with Trellis Bay. He met my father and they developed some sort of friendship, and my father became the foreman, so he became his right-hand man,” Mr. Penn said. “In fact, my father was the first foreman to the airport and built that.”

Mr. Penn said this year’s rally is particularly significant because his father died in March of last year.

“It’s important, especially this year, to really commemorate him being here with us and his contribution to the overall development at Trellis Bay,” he said. “When [the Wagner Sailing Rally organisers] contacted us after the hurricane, they were concerned that we wouldn’t be able to do it, but we said we would pitch in and do it.”

Meanwhile, other attendees at the rally on Tuesday stressed that the event is a fitting way for people who live throughout the world to unite in the territory.

Three men from Connecticut, who are all first-generation Polish, said it was their first time being a part of the rally.

“We came here from Canada, the US and Poland, but we’re all of Polish descent,” Piotr Chudz said. “It’s nice to meet other sailors from Poland who, for whatever reason, live outside Poland in Canada or the US. We can meet together and exchange information: How is life in the US? How is life in Poland?”

But, most importantly, like Captain Wagner and others who have made the territory their home, “We’re citizens of the world,” Mr. Chudz said laughing.