Public schools are closed across the Virgin Islands on Monday, but government offices remain open as the territory feels the remnants of Hurricane Beryl, which dissipated over the weekend into …

END_OF_DOCUMENT_TOKEN_TO_BE_REPLACED 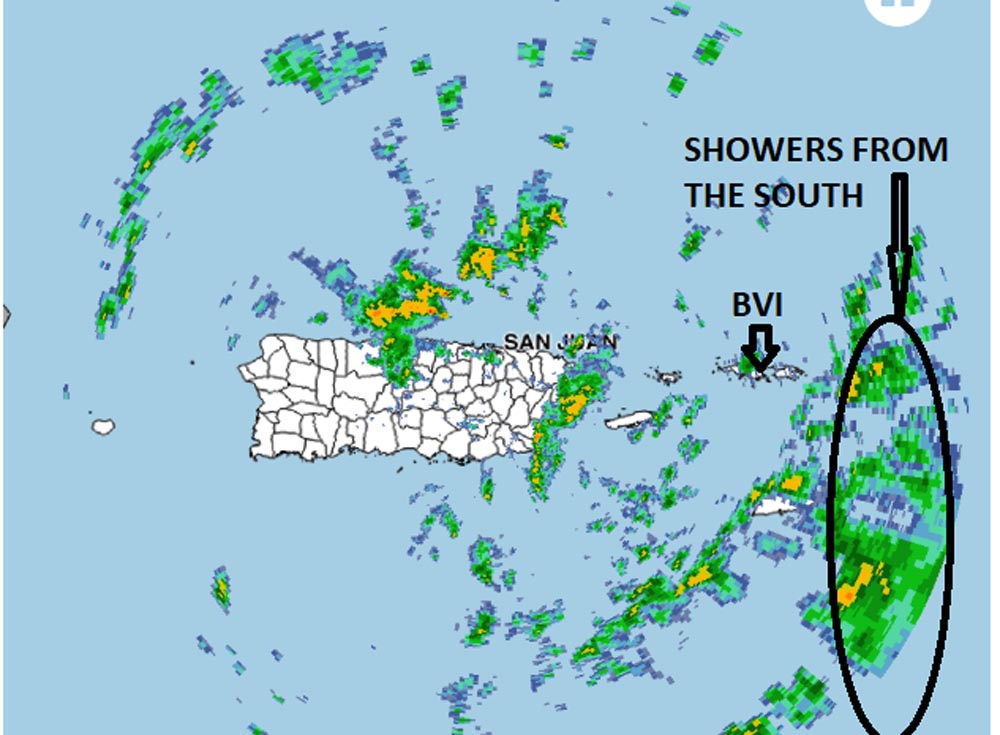 By Monday morning, Hurricane Beryl had dissipated into clusters of rain and wind, as depicted in the above graphic by the Department of Disaster Management.

Public schools are closed across the Virgin Islands on Monday, but government offices remain open as the territory feels the remnants of Hurricane Beryl, which dissipated over the weekend into disorganised clusters of heavy rain and wind.

On Monday morning, downpours fell sporadically across the territory, and the Department of Disaster Management predicted that the weather system would bring two to three inches of rain or more in some locations.

At sea, warnings were in effect for small craft operators and beachgoers against hazardous conditions, including waves and swells up to three metres.

The DDM also issued an advisory warning of winds up to 27 knots with higher gusts.

“High winds can create dangerous fallen or blowing objects,” the agency stated. “Residents should secure loose outdoor items, which can be blown away, and caution should be taken if driving.”

On Friday, while Beryl was still a hurricane with sustained winds of 80 miles per hour, Governor Gus Jaspert activated the National Emergency Operations Centre, and as of 10:30 Monday he had not announced that it had been de-activated.