On Sunday, Sea Argo and the Islanders took their first three points of the season, while the Sugar Boys cemented their spot as the top team in the BVI Football …

END_OF_DOCUMENT_TOKEN_TO_BE_REPLACED 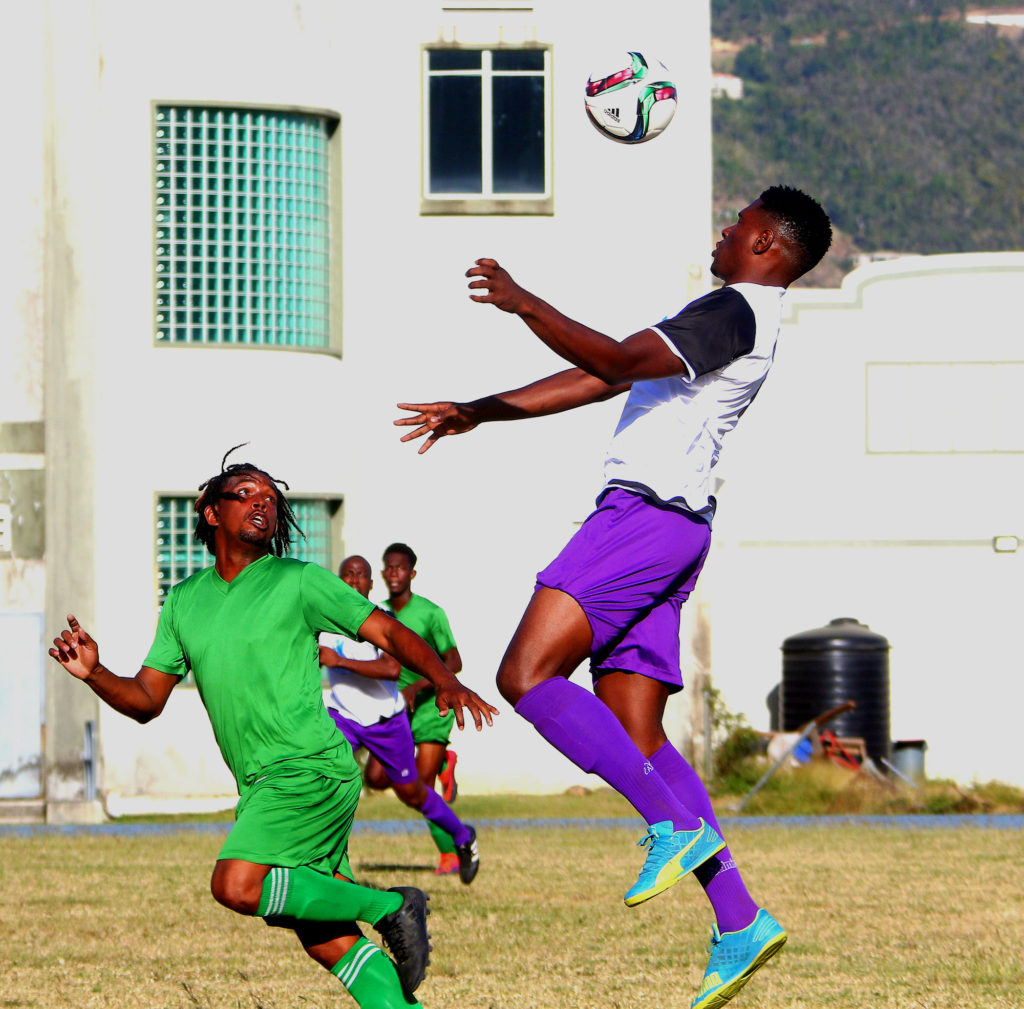 Kevin Fisher of the Islanders heads the ball over a VG Utd. defender. Photo: DEAN GREENAWAY

On Sunday, Sea Argo and the Islanders took their first three points of the season, while the Sugar Boys cemented their spot as the top team in the BVI Football Association’s National League.

The Islanders, back from a mid-season trip to St. Kitts, faced a confident VG Utd. team.

Rohan Lennon scored the opening goal in the 38th minute, but it wasn’t until the second half until the Islanders took control of the match.

Joshua Lynch made it 2-0 in the 51st minute, and Joshua Ramprashad, of VG Utd., scored an own goal in the 60th to give the islanders a 3-0 lead. Moments later, Clint Thomas scored for VG, but it was too little, too late as the Islanders walked away with the win, 3-1.

On VG, the Sugar Boys took a 3-0 win over Old Madrid with two goals from  Derol Redhead.

He scored the opener in the 40th minute, while Mohammed Kachour made it 2-0 in the 70th minute and then Mr. Redhead netted his second in the 87th.

In the final match of the weekend, Sea Argo shocked the Rebels — whose season continues to spiral downhill — with a 3-1 victory.

Trevor Peters opened the scoring for the Rebels in the 20th minute.

Omar Elliston tied the match in the 71st, while Gavin Foster put his team ahead, 2-1, and Janel Ferdinand secured the win in the 86th minute from the penalty spot to grab Sea Argo’s first victory, not only in the National League, but in all competition’s since they joined the BVIFA in early 2017.

This weekend’s fixtures have been postponed by the Competition Committee to facilitate the Masters (over 40s) hosting a team from St. Kitts.

Action will resume over the Easter weekend with two matches scheduled.