On Saturday, police charged 27-year-old Sean Martin of Johnsons Ghut with the recent murder of Jerry Castro. And on Monday afternoon, prosecutors outlined the allegations against Mr. Martin in his …

END_OF_DOCUMENT_TOKEN_TO_BE_REPLACED 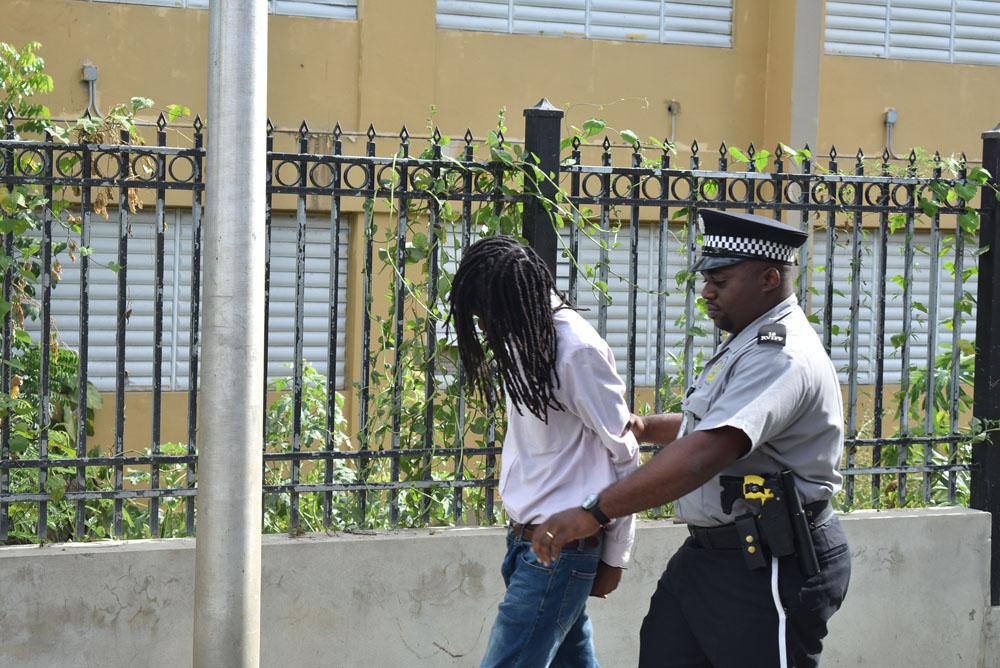 Sean Martin (pictured), who is charged with the murder of Jerry Castro, appeared in Magistrates’ Court on Monday. (Photo: AMANDA ULRICH)

And on Monday afternoon, prosecutors outlined the allegations against Mr. Martin in his first appearance at Magistrates’ Court.

Mr. Castro was visiting friends at an apartment complex — sometimes called “Connie’s Apartments” or “the block” — across the street from the OneMart warehouse on the night of Aug. 10, according to Principal Crown Counsel Tiffany Scatliffe Esprit.

At around 7:45 p.m., Mr. Castro was sitting outside the apartment building with his back turned to the sidewalk, talking with friends, when a man came up and shot him in the head, the court heard.

Police were notified about the shooting at about 7:55 p.m. and officers arrived on the scene at about 8 p.m. There they found the “lifeless” body of Mr. Castro lying face down with a noticeable head injury, the prosecutor said. He was pronounced dead by a doctor a short time later, she added.

Only one spent shell casing was found at the scene of the shooting, the court heard.

Mr. Castro was described by his family as “someone who had no problems with anybody,” Ms. Scatliffe Esprit said.

Witnesses described the shooter as a “slim-built” man they didn’t recognise, about six feet tall and wearing a grey hoodie sweatshirt, according to the prosecutor. The man came alone from the vicinity of BVI Springs, and fled on foot in the same direction, Ms. Scatliffe Esprit said.

Meanwhile, another witness recalled seeing Mr. Martin around the crime scene after the shooting, she added.

CCTV footage obtained from the area also allegedly shows an individual walking from Johnsons Ghut in the general direction of where the shooting took place, and then walking away with a grey hoodie in hand.

On Aug. 24, police arrested Mr. Martin at his workplace in Road Town after cautioning him, according to the prosecutor, who didn’t identify the workplace.

Mr. Martin reportedly told police in an interview that he had been at the scene afterwards, but was at home in Johnsons Ghut at the time of the shooting.

Family members who were at home contradicted that statement, according to the prosecutor.

Phone conversations also showed that, “without prompting,” Mr. Martin expressed paranoia about being followed by police because CCTV footage had filmed him in the area, and that he had a plan to give an alibi to police if he was questioned, the court heard.

“My thoughts remain with the family and friends of Mr. Castro. A dangerous and evil killer has been captured and charged, and the BVI is that much safer for it,” he wrote. “I want to pay tribute to the small team of local detectives who made an extraordinary effort to track down this killer — they have done an excellent job. I also am grateful to those in the community who have assisted my officers — perhaps a recognition that such extreme violence will not be tolerated in the territory.”

Mr. Martin is being represented by defence attorney Stephen Daniels.