Seniors struggling in the pandemic

While Judith Charles was distributing bags of supplies in Carrot Bay during the recent lockdown, she met a senior who was planning to violate the curfew to go fishing when …

END_OF_DOCUMENT_TOKEN_TO_BE_REPLACED 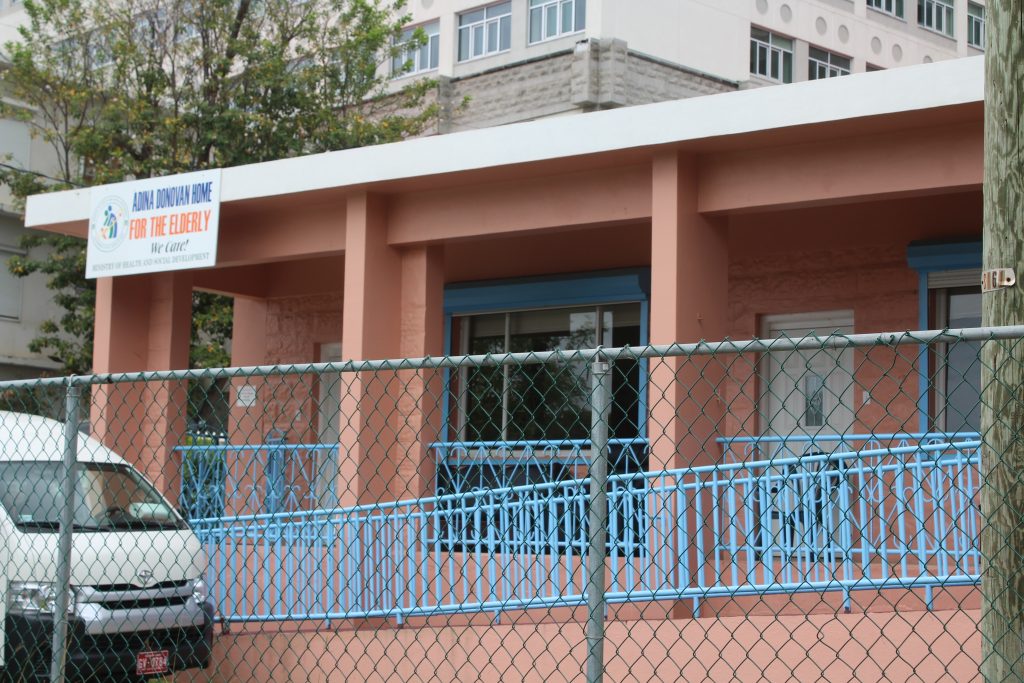 The Adina Donovan Home for the Elderly has been closed to visitors since early February because of the coronavirus pandemic. (Photo: ZARRIN TASNIM AHMED)

While Judith Charles was distributing bags of supplies in Carrot Bay during the recent lockdown, she met a senior who was planning to violate the curfew to go fishing when he ran out of the canned tuna he had been eating.

“Under normal circumstances [the elderly] function pretty good, but under a lockdown they are severely hampered in how they are functioning,” said Ms. Charles, the president of the Family Support Network, adding, “I encountered elderly people who were on their own, and they received the bag graciously.”

Though programmes hosted through the Social Development Department, private care facilities, and non-profit agencies have pulled together to serve one of the most vulnerable populations in the territory, some seniors in the Virgin Islands have been struggling during the coronavirus pandemic and territory-wide shutdowns.

“We do have an aging population, so these are difficult times for a lot of people,” Ms. Charles said. “For the elderly this is very challenging, especially for people who live all by themselves. They’re facing more challenges than just access to food — like loneliness.”

Directory in the works

People 65 and over are estimated to account for between five and seven percent of the Virgin Islands population, according to Chief Social Development Officer Annie Malone Frett. But there is no way of knowing for sure.

“We do not have a total directory of all persons 65 and over throughout the territory,” she said.

That is something the Social Development Department hopes to change soon as it works on creating a directory of seniors who live here.

Ms. Malone Frett said that some data were collected through the Territorial Food Provisioning Programme launched nearly three weeks ago by the government, where persons in need of food were encouraged to sign up or call in for assistance. The department will have access to that information and determine where senior citizens are located based on the date of birth residents provided, she explained.

Ms. Malone Frett said her department would also touch base with the Social Security Board to find retirees.

The SDD works with seniors who are in institutional care at the Adina Donovan Home for the Elderly and the Virgin Gorda Elderly Home and assists 57 people in its home care programmes and nearly 200 people through its senior programme, she added. In early February, the homes were shut to visitors to limit interaction.

“Our focus was geared towards our clients,” Ms. Malone Frett explained. “It wasn’t difficult for us to do that.”

One challenge the department did face, however, was in securing items that would last for longer periods of time. That included personal protective equipment and other imported items.

At the FSN, Ms. Charles and other leaders were able to reach many seniors through a community effort. Friends and close contacts of those involved in the FSN notified them of people in need.

“In one instance, a lady sent me a list of all the people she knew who would be challenged by this, and a lot of them were elderly,” Ms. Charles said.

In addition to the clients the FSN regularly helps, the organisation distributed government-funded food packages, and volunteers were able to spot residents in need while on duty.

“In some instances, our volunteers have reported people who hadn’t had a hot meal since the shutdown, especially elderly people who are living on their own,” Ms. Charles said.

One volunteer, while out distributing food packages, met an elderly man who didn’t have a refrigerator, stove, or microwave and was eating tuna and crackers. With the help of Brandywine Estate Restaurant, which volunteered to cook hot meals, the FSN was able to provide soup to many people in the territory during some lockdown days.

“None of my clients were really affected,” she said.
Her agency provides care for seniors who live with their families. Often, families will be out of the home during the day and Ms. Frett’s employees will look after the patients even during the lockdown.

Ms. Frett receives referrals from the SDD and carries out assessments to source the right worker based on each client’s needs and conditions. She currently looks after four full-time patients and four part-time patients.

Her clients didn’t need government assistance, and Ms. Frett reported that it was easy to get medication without waiting in line once her agency called in a prescription.

For many public departments, private facilities, and non-profits that have supported senior citizens during this time, finding the manpower to fulfill extra duties was not an issue.

At the SDD, it wasn’t difficult to rally the staff around the importance of the work the agency was doing, according to Ms. Malone Frett.

Ms. Charles reported that entire families of directors, all their staff and volunteers, and many other people in the community helped with all the efforts at the FSN.

To continue running her private business, Ms. Frett and her husband provided transportation for all her workers, instructed them about wearing protective equipment, and secured curfew passes.