This week and next, students are heading back to public schools across the territory, including some that have been closed since Hurricane Irma. For the first time since the storm, …

END_OF_DOCUMENT_TOKEN_TO_BE_REPLACED 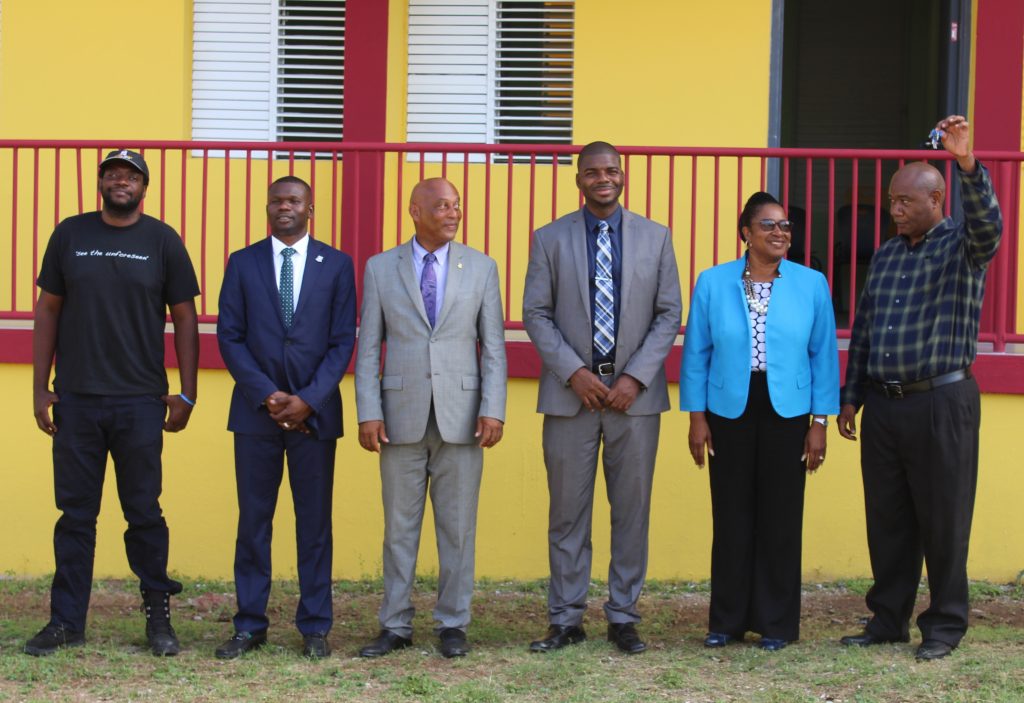 This week and next, students are heading back to public schools across the territory, including some that have been closed since Hurricane Irma.

For the first time since the storm, none of the students will be on the shift system that required most high schoolers to attend partial days, according to government.

On Friday, the charity UniteBVI handed over one of two buildings at the Bregado FlaxEducational Centre, and Elmore Stoutt High School and Enis Adams Primary are scheduled to hold similar ceremonies tomorrow and Monday, respectively.

During the Friday event, officials praised the progress at BFEC. “Our future is right here in these very cheerfully painted walls,” said Shereen Flax-Charles, junior minister of tourism and at large representative, in a nod to the bright yellow exterior of the new building.

The handover marked the end of a nearly two-year period of construction funded by more than $1 million in donations from corporations, charities and community members.

The restoration was a partnership between Unite BVI and the Cable & Wireless Charitable Foundation, with government supplying the classroom materials while the partner organisations handled the construction, said Kim Takeuchi, foundation manager at Unite BVI.

In his speech during the ceremony, Kenton Jones, general manager of Necker Island, applauded residents’ post-Irma determination, which he said played as large a role in the completion of the building as the charitable and corporate assistance.

The facility is now outfitted with refurbished classrooms and renovated bathrooms, but classes will still be tight, Ms. Takeuchi said. Before Irma, BFEC had 21 classrooms: Now only 12 are available to accommodate both primary and high school students, she said.

Cramped quarters aside, the ceremony signified major progression in the school’s recovery from Irma, which forced educators and students into over-crowded classrooms and spread supplies and funds thin across the territory.

Following Irma, the government has been building infrastructure that is stronger and more energy efficient than that which preceded it, said Education, Culture, Youth Affairs, Agriculture and Fisheries Minister Dr. Natalio “Sowande” Wheatley.

Developers installed energy efficient lightbulbs in BFEC’s new building, and the roof has been designed to hold solar panels, though the government has not yet set an installation date, Dr. Wheatley explained.

These measures are in keeping with the “SmartSchools” concept that the territory plans to incorporate into all of its new schools, according to the minister. Apart from making schools more environmentally friendly, the concept also calls for them to be healthier, both in the food they serve and in the recreational activities they provide for students.

Going forward, the ministry plans to infuse this idea into more campuses across the territory, Dr. Wheatley said.

The ministry also has other plans for the year ahead. Last Thursday, Permanent Secretary Dr. Marcia Potter outlined several initiatives, including a new advisory body to the minister.

The Educational Advisory Board will include as many as 11 members who will represent a wide cross-section of the community, she explained. Students, business leaders, and representatives from the Parent TeacherAssociation will all serve on the board, among others.

Dr. Potter also mentioned discussions in the ministry about the possibility of constructing junior secondary schools at the Isabella Morris Primary School and at an East End location.

Dr. Wheatley intends to hold these discussions as soon as possible and include the findings in the fiscal year 2020 budget, he said.

Additionally, Dr. Potter said that designs are being finalised to construct more buildings at ESHS, and plans are in the works to build a separate primary school at BFEC and to build a new campus at the Jost Van Dyke School.