The Virgin Islands Shipping Registry still plans to transform into a statutory body, but it has not yet done so, VISR Director John Samuel told the House of Assembly in …

END_OF_DOCUMENT_TOKEN_TO_BE_REPLACED 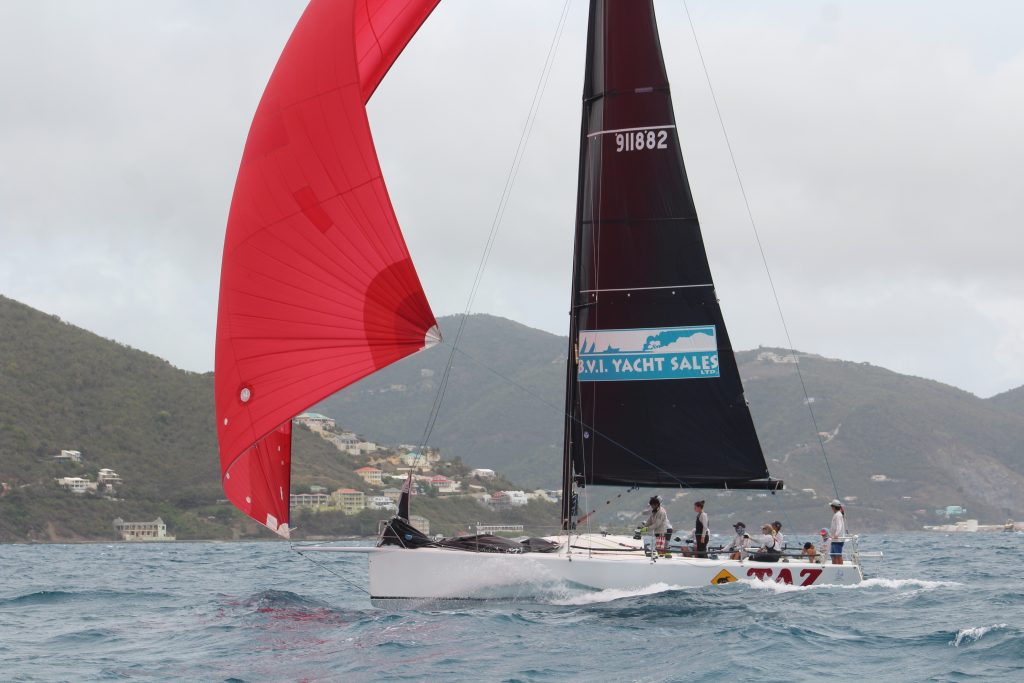 Plans have been in place since at least 2021 to turn the Virgin Islands Shipping Registry into a statutory body. (File photo: ZARRIN TASNIM AHMED)

The Virgin Islands Shipping Registry still plans to transform into a statutory body, but it has not yet done so, VISR Director John Samuel told the House of Assembly in late December during the closed-door Standing Finance Committee deliberations.

The plans have been in place at least since 2021 as part of efforts to match other jurisdictions in the Red Ensign Group, a collaboration of British shipping registries in the United Kingdom and its overseas territories and Crown dependencies.

Among the Red Ensign Group, the VI is second only to the Cayman Islands in number of ships registered, Mr. Samuel told the SFC, according to a recently released report on the SFC proceedings.

Once the registry becomes a statutory board, “more can be accomplished,” he added. All other members of the Red Ensign Group are statutory bodies, he reportedly said.

The SFC report did not include a timeline for completing the transformation.

Mr. Samuel also told the SFC that the registration system used by VISR could be tweaked and used for an aircraft registry, adding that he had held discussions on the topic with Director of Civil Aviation Coy Levons, according to the SFC report.

Opposition Leader Julian Fraser told the SFC that VISR “should be given the resources, and further stated that the BVI is just as capable as the Cayman Islands once initiative and interest is shown,” the report paraphrased.

Premier Dr. Natalio “Sowande” Wheatley said that he has “a great deal of confidence” in Mr. Samuel and that “becoming statutory is a step in the right direction,” according to the SFC report.

Mr. Samuel also gave the committee an update on marketing, which he said has fallen under “services” in the budget since 2021.

“A marketing plan and road map were developed,” the report paraphrased. “The plan accessed the industry and competition to determine their strengths.”

VISR partners with both BVI Finance and the BVI Tourist Board for global marketing strategies, which include placing ads in international publications and attending trade shows, according to Mr. Samuel.

Additionally, he told the SFC, VISR interviewed clients in an effort to identify weak-esses and determine how to improve the territory’s presence in the market.

“Efforts are made to attend shipping shows, and articles are placed in the yachting and shipping publications globally with assistance from BVI Finance, which comes at a great cost,” he stated. “There are challenges with marketing due to the public administration structure.”

In response to a question from Mr. Fraser, the director said that space and cost are also shared with the BVITB in areas where they both market, but there is a need to attend events that are purely shipping-related, such as the Monaco Yacht Show, which VISR anticipates attending in September 2023.

Health and Social Development Ministry Marlon Penn asked Mr. Samuel about the status of buoys at The Bluff, Beef Island.

The director responded that he had requested a vessel and a crane at the site to ensure the buoys are secured and functional, according to the SFC report.

He also stated that he “recently had to engage with a diving company to ensure that aids are secured,” and he added that The Bluff required special aid due to the rough waters, the report stated.

He “was hopeful that it could be rectified in early 2023,” according to the report.