As the government works to entice more boat owners to register their vessels in the territory, the Virgin Islands Shipping Registry plans to become a statutory body and establish a …

END_OF_DOCUMENT_TOKEN_TO_BE_REPLACED 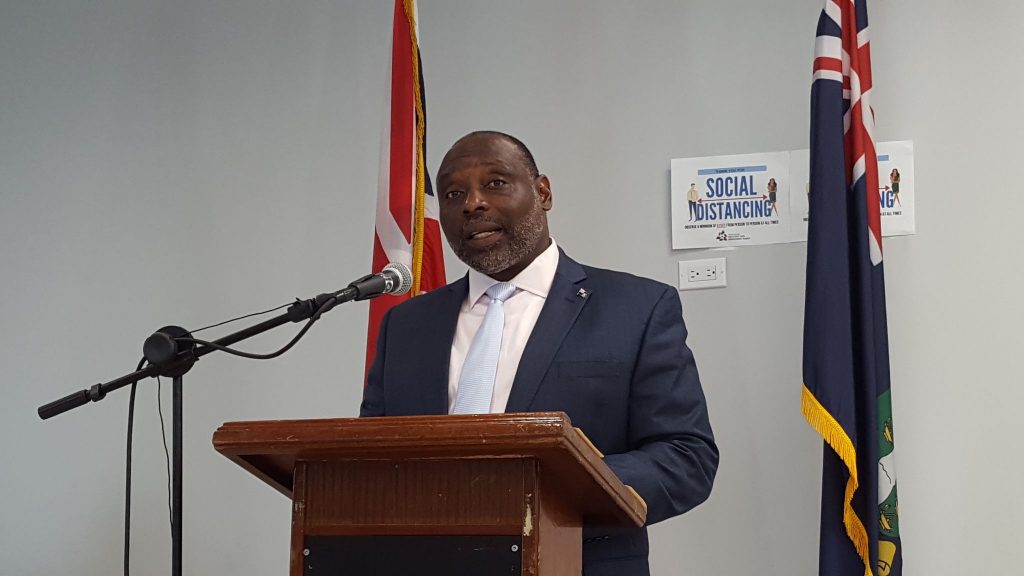 The Virgin Islands Shipping Registry hosted a press conference Monday urging ship owners to register their vessels in the territory, and announced that the registry soon will launch a Rescue Coordination Centre. (Photo: ZARRIN TASNIM AHMED)

As the government works to entice more boat owners to register their vessels in the territory, the Virgin Islands Shipping Registry plans to become a statutory body and establish a Rescue Coordination Centre soon, Premier Andrew Fahie and VISR Director John Samuel said during a Monday morning press conference.

“We boast the title of sailing capital of the world, so it is only fitting that we reform and invest more in our shipping industry so that it reaches its full potential and beyond,” Mr. Fahie said. “Our registry is modernising its services and is in the process of revamping its online presence to better suit your needs. This is why we will be moving towards privatising the shipping registry as a statutory body.”

Mr. Samuel explained that the planned Rescue Coordination Centre will help the VISR patrol the territory’s waters more effectively. Recognising the territory’s dependence on the volunteer-run nonprofit organisation VI Search and Rescue and the United States Coast Guard, Mr. Samuel said the status quo is “not an acceptable position for a prominent maritime nation.”

Mr. Samuel added, “We are the maritime administration of the [VI] and therefore directly responsible for most matters of maritime and maritime safety and navigation within the [VI].”

The premier also spoke about his hopes for expanding the registration industry. Currently, many recreational boats are registered here, but Mr. Fahie said one day he hopes large vessels like cruise ships will do the same.

“For too long, we have been dependent on two major economic pillars,” he said. “The Shipping Registry is another avenue that the government will continue to promote as a revenue stream.”

Mr. Samuel listed benefits he said come with registering in the VI.

“The [registry] can provide you with a quality flag and services and certification to support that flag and support your vessel and your shipping operations, and we can save you money by doing so,” he said.