Following two pandemic-era August Emancipation Festivals held largely online, in-person events are returning this year even though a limited budget means the celebration won’t be as extensive as before Covid-19, …

END_OF_DOCUMENT_TOKEN_TO_BE_REPLACED 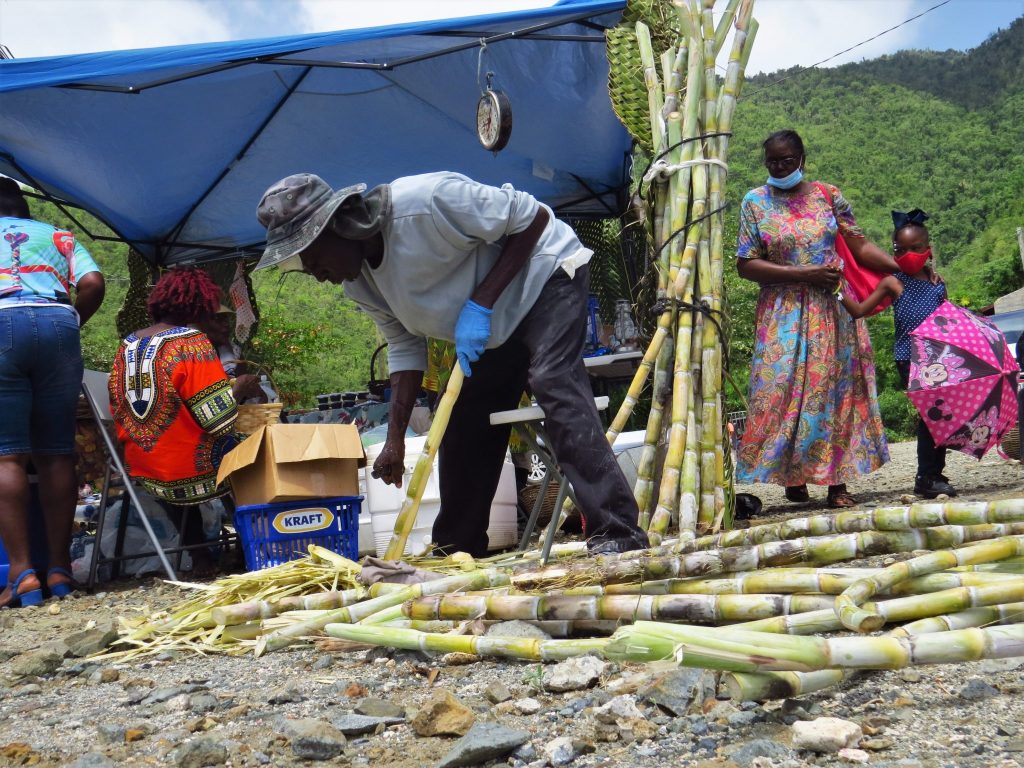 While the previous two August Emancipation Festivals featured few in-person events because of Covid-19, this year marks the return of many fan favourites. The Festival Village Grounds are now closed to the general public while preparations take place. (File photo: DANA KAMPA)

Following two pandemic-era August Emancipation Festivals held largely online, in-person events are returning this year even though a limited budget means the celebration won’t be as extensive as before Covid-19, organisers said during a press conference on July 11.

Some traditional events — such as the Miss BVI Pageant — won’t be held this year, but the line-up includes many other mainstays like the August Monday Parade, the Rise and Shine Tramps, and a water sports day, said Virgin Islands Festivals and Fairs Committee Chairman Dirk Walters.

Mr. Walters added that the committee is excited to bring back a Festival more akin to the celebrations of pre-pandemic years.

“We definitely intend to strive for excellence, to take this to the level where we are revered and respected on the world stage in terms of celebrating our unique identity, our emancipation, and us as a territory,” Mr. Walters said.

He added, though, that organising this year’s festival has come with challenges, particularly the late date of getting final confirmation to hold in-person events; limited volunteers; and a smaller-than-usual government subvention of $500,000.

Between that, sponsorships, and other anticipated revenue, the VIFFC has a total budget of just under $1 million, he said, adding that $1.5-$2 million is usually spent to put on Festival.

“All of these activities for Festival are governed under the same subvention,” VIFFC entertainment committee chair Stuart Donovan said, noting that the Virgin Gorda Easter Festival and Heritage Month activities come from the same source. “There’s a lot of talk about Festival overrun, but Festival does not suffer from overrun — Festival suffers from under budgeting.”

“I understand that there have been financial limitations,” she said. “However, I am extraordinarily proud that you’ve been able to put on an event schedule that will speak to our culture, that will be fun and that will be engaging overall.”

To “get everyone back in the festival groove,” events kick off on July 22 with a warm-up tramp starting at 8 a.m. from Port Purcell to the Festival Village Grounds, organisers said.

Mr. Donovan said the return of this event will feature the VI-based band ABM, or All ’Bout Music, along the road. Mr. Walters added that it will be an opportunity for younger, up-and-coming bands to showcase their talents.

The musical warm-up continues on July 23 with the calypso review and VI Musical Explosion.

A Miss BVI coronation is planned for July 24 in place of the usual pageant. The event will feature the coronation of a contestant from a previous pageant who is yet to be named.

Luce Hodge-Smith, a former Miss BVI who is part of the pageant sub-committee, said almost every pageant this year will be replaced with a coronation ceremony in this manner.

However, volunteers will be organising a BVI Prince and Princess Pageant after a “hard fight” to come up with the needed resources, she said.

“We were mindful of our tradition of having that pageant,” Ms. Hodge-Smith added. “We didn’t leave them out — we chose to have coronations instead.”

Mr. Walters said organisers always want to ensure any Miss BVI Pageant meets a certain standard, and they were limited by time and resources this year.

The Festival Village will officially open on July 27, honouring Bernard “Yampie” Nibbs, after which Gospel Night will start. Tickets for paid events may be available as early as tomorrow, organisers said.

July 28 will feature the torchlight procession and village entertainment, and July 29 will include the food fair and festival glow night.

Ms. Hodge-Smith said about 20 vendors are expected this year at the Road Town village.

Soca will be the focus on July 30 with the international soca night and the soca monarch competition. The eight competitors are Mr. Walkie, reigning king Ramon G, Small Kid, Pascal, Diffy, Queen Don, Soprizz, and Jversatile.

A full day of activities is planned for July 31, starting with the emancipation service. The agenda for the day also includes the Freedom March, the Sunday Morning Well service, the prince and princess coronation, Miss Jr. BVI coronation, and the festival ultimate musical mix.

The Rise and Shine Tramp will take place Aug. 1, along with the sunrise service at Queen Elizabeth II Park, the August Monday parade, and a VI culture day at the village.

BVI Tourist Board Marketing Manager Lynette Harrigan acknowledged that the parade may not be as big as in other years but said she is happy to see its return.

She added that it’s not too late for troops to sign up by emailing parade@vifestival.com, and there will be no entrance fee this year.

The parade is scheduled to start at 1 p.m. in front of the Government House.

Several changes to the typical order of events have been made, such as holding the opening ceremony and gospel night on July 27, and then having the torchlight procession and village entertainment start the following day.

Mr. Walters said he is particularly excited to see the return of water sports, including swimming races and other activities, to the festival agenda. He noted that the location shifted from Road Town to Carrot Bay due to better water quality.

On Aug. 3, the East End Rise and Shine Tramp route will end at a new location, with the all-day beach event at Brandywine Bay.

Mr. Donovan also noted that a calypso review will replace the usual competition “due to circumstances beyond our control.”

“But with calypso being a deep part of our culture, we are still trying our best to maintain that and have a calypso event,” he said.

Entertainers will follow the review and include Xtreme Band, Vibe, and Destra Garcia.

Though it takes place in the festival village and refreshments will be on sale, he said booths will not yet be open.

Mr. Lettsome said an update on Coney Island will be coming soon.

VIFFC Deputy Chair Birch Lettsome noted that August is also Heritage Month, and events are being planned throughout the month. Early on, local radio stations will be broadcasting “moments in history” segments in recognition.

Dr. Melvin Turnbull is heading the Heritage Committee, which is managing the Sunday Morning Well events and other upcoming events to be announced.