Government plans to install solar-powered crosswalk signals throughout Road Town as part of efforts to promote a greener, safer and more pedestrian-friendly capital, according to Deputy Premier Kye Rymer. During …

END_OF_DOCUMENT_TOKEN_TO_BE_REPLACED 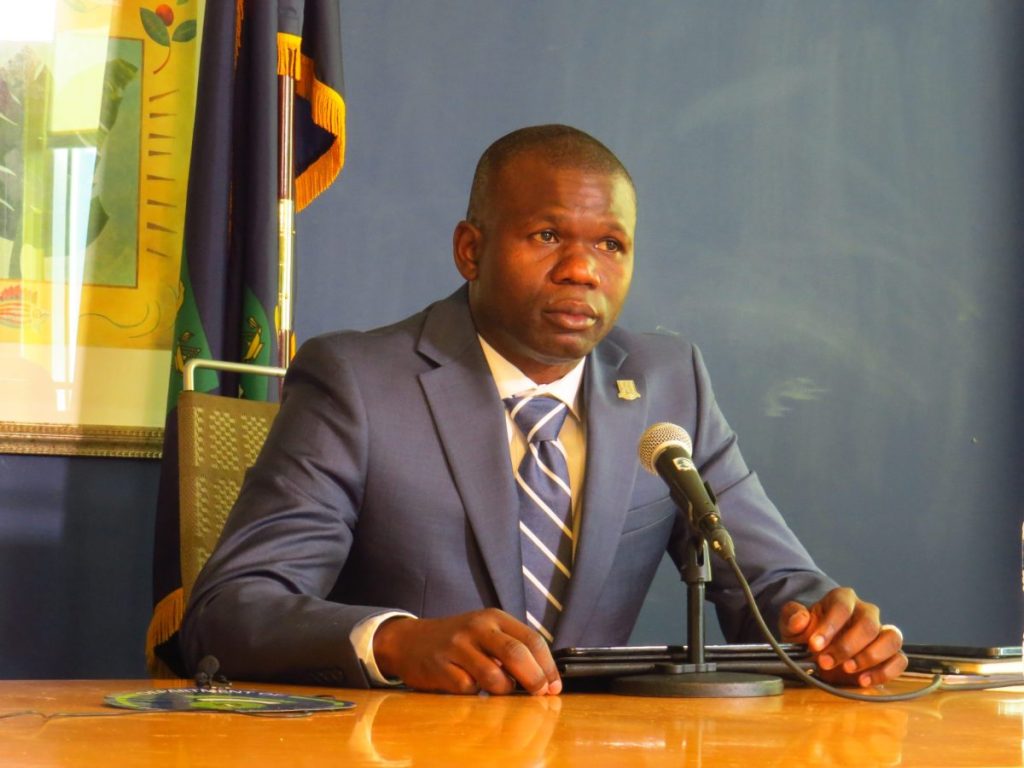 Government plans to install solar-powered crosswalk signals throughout Road Town as part of efforts to promote a greener, safer and more pedestrian-friendly capital, according to Deputy Premier Kye Rymer.

During last Thursday’s House of Assembly sitting, Mr. Rymer announced that five sets of crosswalks will be installed in high-traffic areas like the Sir Olva Georges Plaza, Waterfront Drive, and DeCastro Street.

Mr. Rymer, who is the minister of communications and works, also provided updates on other projects in his portfolio.

The Park & Ride Shuttle Service that was implemented in February, he said, was used by more than 20,000 people in its first three months.

“The shuttle continues to loop around the city centre, from the Red Cross building to the hospital area, every 15 minutes, starting at 7 a.m. and ending at 6 p.m. from Monday through Friday,” he said. “Our aim is to reduce vehicle congestion and reduce the territory’s carbon footprint.”

Mr. Rymer also gave updates on the National Sewerage Project, stating that work on the sewerage system in Road Town will continue for the next two to three weeks.

“I’m happy to inform this honourable House that this project is at its halfway [point] towards completion,” he said. “The new pipework will facilitate the increase in sewerage that is expected to emanate from the Social Security housing project on Joes Hill and other newly constructed commercial and residential buildings in the area.”

The deputy premier added that his team is also addressing water woes and has decided to improve the existing distribution network by replacing PVC pipes with more resilient HDPE pipes.

“The idea here is that over time the system would have been upgraded,” he said. “This process of changing out the pipes, especially in the areas that experience breakages, is being carefully balanced with the myriad of complaints being received ranging from lack of water to incorrect billing.”

As hurricane season continues, Mr. Rymer said the Public Works Department is clearing all ghuts and drains of debris. Meanwhile, the Water and Sewerage Department is filling water reservoirs, he added.

Finally, Mr. Rymer provided an update on roadworks that are ongoing in the territory.

The Fish Bay Road — which has been designed to accommodate heavy trucks that often traverse the area — is awaiting asphalt, and the Recovery and Development Agency is evaluating tenders, he explained.

To prevent major flooding on the road, a new culvert and better drainage system were among the main improvements made in recent months, according to the minister.

“These works should not only improve the road safety but also reduce the impact caused by heavy rains in the area,” he said.