COVID-19 > Some students return to school this week

Some students return to school this week

Incremental steps allowing students to return to their classrooms began Monday with kindergarteners, first graders and second graders. The Cabinet decision was announced on Oct. 21 by Deputy Premier Dr. …

END_OF_DOCUMENT_TOKEN_TO_BE_REPLACED 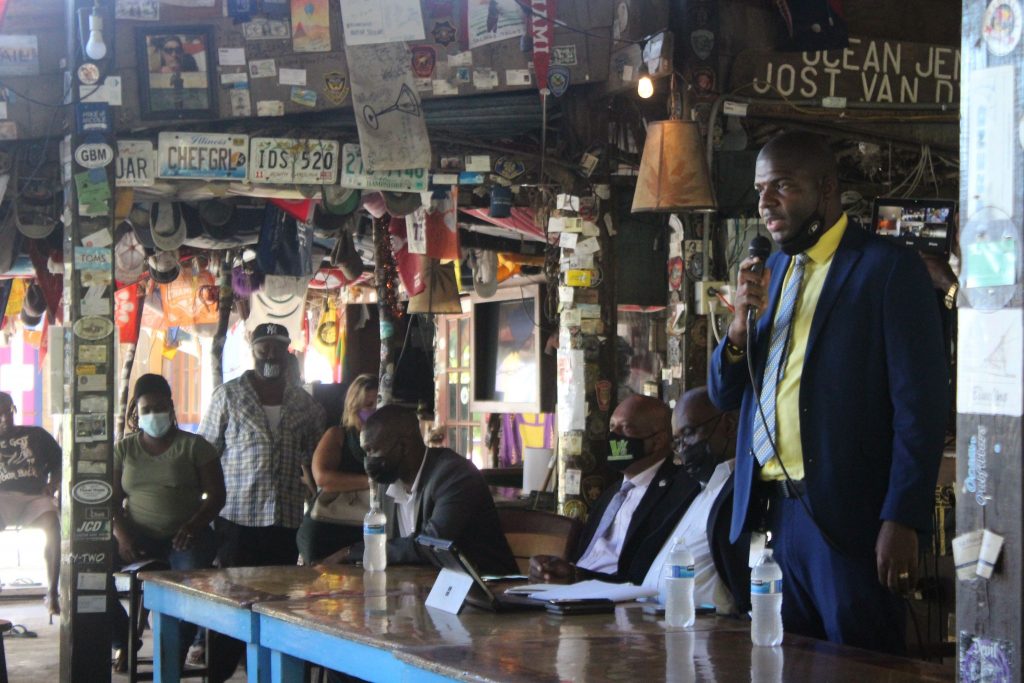 The Cabinet decision was announced on Oct. 21 by Deputy Premier Dr. Natalio “Sowande” Wheatley, who said that Cabinet approved the phased approach on Oct. 19.

The ministry has been work- ing on a “blended learning approach,” Dr. Wheatley said on Oct. 22 during the talk show Honestly Speaking with Claude Skelton-Cline.

“It’s been a while coming and that’s what I have been communicating,” he said. “We have been poised to reopen for some time with the blended learning. That was interrupted by a spike in Covid-19 cases in August.”

This means schools will continue to do both online and in-person lessons, according to Dr. Wheatley, who is also the minister of education, culture, youth affairs, fisheries and agriculture.

Dr. Wheatley also announced that precautions are in place to deal with Covid-19. Bus service with social distancing, for instance, is expected to launch on Nov. 9, but until then parents have been tasked with making transportation arrangements for their children.

Also, food vendors will not operate on school grounds, and children are expected to bring their own lunches.

“We want to prevent crowding, and the best way is for the young persons to walk with their own lunch,” Dr. Wheatley said.

Government, however, found that some students were not equipped with internet or laptops to do the lessons, and the ministry took to distributing Virgin Islands Digital Education devices and began a “loan-to-own programme” where parents were able to make payments on laptops until they are paid off.

The first phase of reopening schools began on Sept. 18 and al- lowed for private schools, daycare centres, pre-schools and the H. Lavity Stoutt Community College to open for in-person instruction.

Last month, Dr. Wheatley said that students who don’t have access to the requisite technology for online learning would have to complete weekly work packets instead.

During the talk show last week, he also mentioned that there have been challenges with online learning at home, but that he’s heard many people say they prefer it.

“I’ve had many people come back to me and say they don’t want their children going back to school because they’ve been thriving with online learning,” he said. “Not everyone is crying out that they want to rush back into the classroom.”