The annual Inter-Primary Schools National Spelling Bee got under way Monday night in the courtyard of Althea Scatliffe Primary School, with 24 students representing 12 public and private schools throughout …

END_OF_DOCUMENT_TOKEN_TO_BE_REPLACED 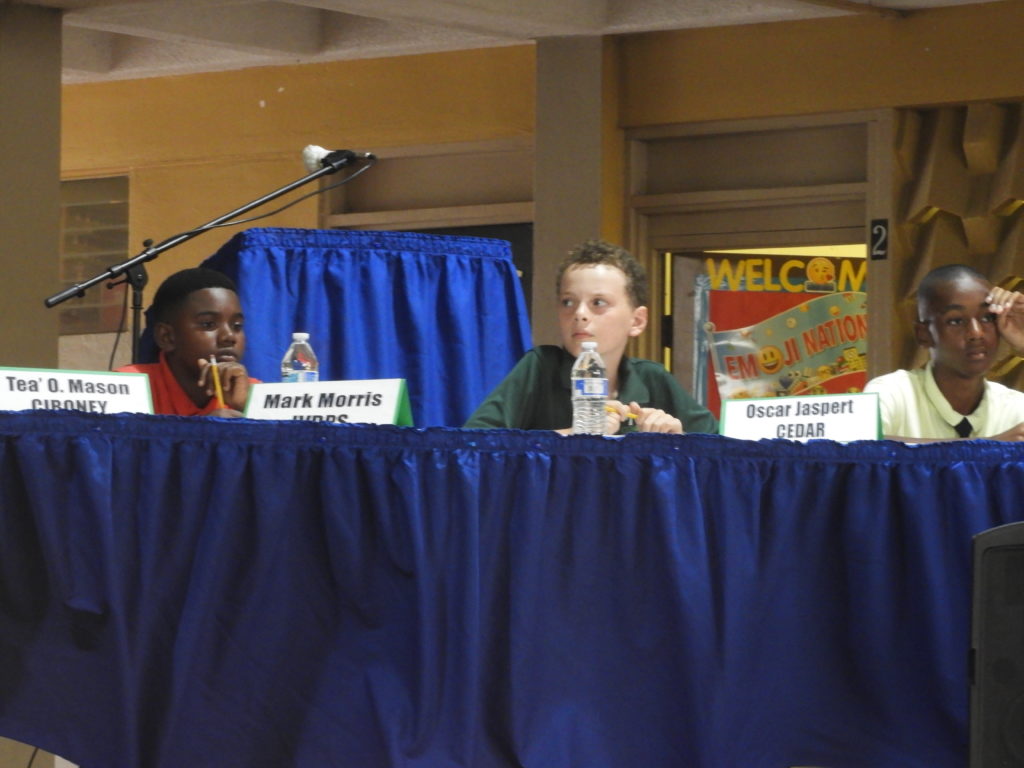 Students in the first group of spellers wait their turn in the first round of the spelling bee Monday night at Althea Scatliffe primary School.

The annual Inter-Primary Schools National Spelling Bee got under way Monday night in the courtyard of Althea Scatliffe Primary School, with 24 students representing 12 public and private schools throughout the territory battling it out to spell nouns, verbs and adjectives ranging from “segregation” to “quandary” to “Champagne.”

The students competed in two groups of 12 in front
of an enthusiastic audience of parents, siblings and classmates.

Although spelling took place aloud, spellers were allowed to use pencil and paper to write out a word.

The 14 students with the highest scores will move forward to the semi-final round on Monday at the school.

Last year’s winners of the primary competition were Aniyah Williams, Keryan Prevost and Rhyan Prince of the Agape Total Life Academy, who managed to maintain a perfect score throughout the competition.

The finals will be held on June 18.