On Saturday, former and current athletes, coaches and colleagues honoured Mr. O’Neal for his contributions to sports in the Virgin Islands and around the region. During an appreciation dinner, he …

END_OF_DOCUMENT_TOKEN_TO_BE_REPLACED 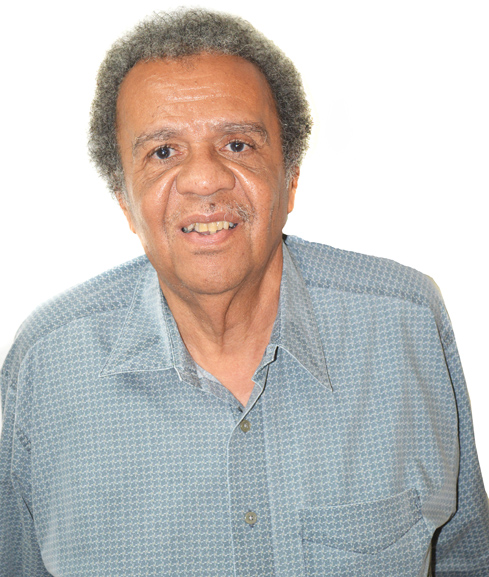 On Saturday, former and current athletes, coaches and colleagues honoured Mr. O’Neal for his contributions to sports in the Virgin Islands and around the region. During an appreciation dinner, he was presented with the International Olympic Committee Pierre de Coubertin award. Mr. O’Neal is one of the co-founders of the BVIOC and the founder and former president of the BVI Athletics Association. In 2005, he was honoured with the Order of the British Empire.

Tell me a little about your upbringing.

I am the son of the late J.R. O’Neal. When we were young, we lived above where the pharmacy was located next to the post office on Main Street. I lived a fairly happy life as a child. For whatever reason, my dad chose to send my older brother Michael and myself to high school in Antigua in 1958 when I was just 9 years old. I would be home in the summers and Christmas. It was an experience that I wouldn’t say that I always enjoyed, but I certainly appreciated it. I finished school at 14 and came back home. Within a few months my father had us packed off to study at Inter American University in Puerto Rico. That is where I really got interested in sports on a larger level, including track and field. My first experience with an Olympic athlete happened sort of by a fluke. It was a guy from Jamaica called Mel Spence. He was a graduate student, so I didn’t actually see him until after physical education class when he was training and really running fast. So I started hanging around to see what he was up to. He then asked me to time him. I didn’t know anything about using a stopwatch, but he showed me. Within a month, he was heading off to the Olympics in Tokyo.

What sports do you enjoy the most? Which sports did you play?

I have always been a fan of baseball first, and when I went to Antigua I learned to appreciate and follow cricket closely. In high school in Antigua, I played whatever there was to play. I was captain of the volleyball team — this was inter-house. I was also the vice captain of the football team. And I played cricket as well. At home, I never played in a league. But a number of us youngsters from what we referred to as the “down street area” used to play, not really cricket, but it was called bat and ball, in the area behind Sunny Caribbee, which was referred to as the “Crick.” We would also played near Wickhams Cay I.  But the sport I liked the most was table tennis. We used to play at the old prison in town. Games used to go on forever. I don’t think we even kept score on a regular basis. I really enjoyed that. When I started teaching at the high school at the end of 1968, some of the younger teachers and the students used to play basketball in the area behind the main campus. It was a dirt court, so sometimes it looked a little irregular to see teachers going home with dust all over them.

How did you get your start as a coach?

When I started teaching there were eight houses at the high school; now there are four. I, as the new boy, got house one dumped on me. It was called Francisco House after the calypsonian Mighty Sparrow. There was a song that year called, Sparrow Dead. And we ended up finishing in the back of the pack, but it was an enjoyable experience. Things really started to develop in 1970 when they got rid of the eight houses and had just four. There was a lot of house spirit in those days.

Now one of the houses is named after you, right?

Yes, Lincoln was renamed O’Neal. You have Lettsome, Flemming and Carlisle House, which is named after the first principal of the school.

What was the first Olympics you attended?

In 1972 I went to the Olympics for the first time. It did not have anything to do with the British Virgin Islands. It was a tour organised by the magazine Track and Field News. This is the Olympics when there was the incident with the Palestinians and Israelis in Munich. None of us on the tour stayed in Munich, but we went to this little town at the foot of the Alps. Actually, the Alps were a long way away but you could see snow at the base of the Alps. It was the only time in my life I have seen snow. While walking around the village I met Austin Seely, who was the person who started the CARIFTA Games in 1972. He told me about them, but I had heard nothing about them because there was very little communication between Tortola and the islands to the south. Obviously, there was no Internet in those days. In 1976 we competed in the CARIFTA Games for the first time. Apart from two news tours, I have only been to two Olympics —Los Angeles and Atlanta.

Over the years, you have sat on a lot of athletic committees. Why?

Well, I saw a need. At the time, I think I had a lot more exposure to international sports than anyone else that would have been available.

How would you describe yourself as a leader in these organisations and committees? And what advice would you give to others?

Perhaps I didn’t necessarily delegate as much stuff to other committee members as I ought to. As a leader, one of my assets is that people wouldn’t really feel any reluctance to come and speak to me or ask for help. I am a people person. You have to be prepared for disappointments. Things are not always going to go the way you think they will. You have to listen to people. When you go abroad, you don’t have to be speaking all the time.

Would you say helping the BVI get to the Olympics is one of the accomplishments you are most proud of?

Yes. I would think so. One of the things I am most proud of is how we used the Olympic solidarity funds to get athletes out to colleges where they could develop their athletic skills and get an education. Now a lot of them are back here contributing to the community.

Nowadays, what is your involvement with sports?

I am still sort of an advisor to the bodies that I was part of. I keep myself very occupied with research. There has been very little chronicling with the history of sports, especially in the small islands. I have done something and hopefully it will be published in time for the OECS Championships this year.

What advice would you give a youth athlete?

What I would like to see is a move away from this early specialisation that a lot of the kids have. I don’t get very overly enthused with what a 13 and 14 year old does. The proof in the pudding comes when that athlete is 17 or 18.

I am also disturbed about how a number of athletes here and other places are practically unapproachable. I will say it is not across the board. The same person you ignore on your way up is going to ignore you on your way down.