After taking a hit from Hurricane Irma in 2017, the charter yachting business is coming back into full swing and growing with each show, including the one last week in …

END_OF_DOCUMENT_TOKEN_TO_BE_REPLACED 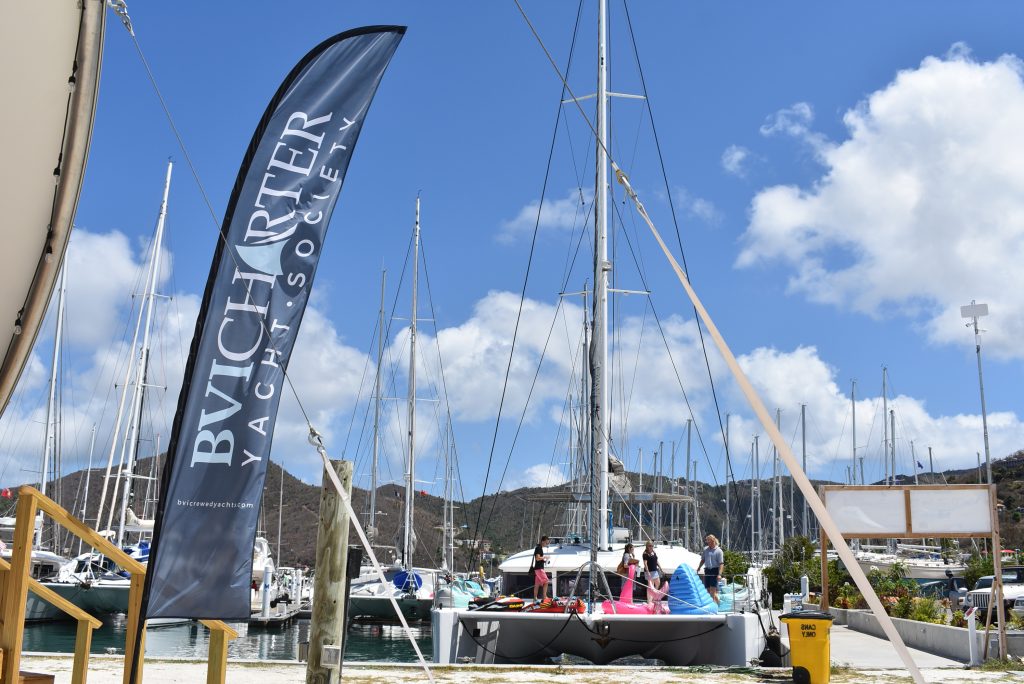 After taking a hit from Hurricane Irma in 2017, the charter yachting business is coming back into full swing and growing with each show, including the one last week in Nanny Cay.

The Spring Charter Yacht Show had a turnout of 21 boats and more than 40 brokers visiting. The show is smaller than the one that annually takes place in November, but it is suited for boats that aren’t able to make the bigger show, organisers said.

“Before Irma, there were about 75 privately owned and operated crewed yachts,” said Charter Yacht Society member Tim Schaaf, captain of Jet Stream, a crewed charter catamaran. “The Charter Yacht Society is the voice of that. It was reduced greatly in size but it’s coming back. It was the first part to come back [after the hurricane].”

According to organisers, yacht crew and brokers, there are many reasons why people opt to return to the Virgin Islands.

“We’re so blessed with the way the islands are laid out. They’re upwind and downwind in chains. This is a more relaxing vacation,” said broker Kathleen Mullen of Regency Yacht Charters based in Wickhams Cay. “We’ve got very calm waters, a ton of great anchorages that are calm, clear water, good snorkeling, and good reef.”

Equipped with dive tanks, floaties, kayaks, paddleboards and tubes, the boat crews had a chance to show off what they have to offer to the brokers who came around to interview them and inspect the vessels.

“Today I’m doing yacht inspections,” Ms. Mullen said. “I’m looking at the physical condition of the boat and talking to the crew and the chef.”

Brokers ask very specific questions and take a first-hand look at the boats in order to get a good idea of what they are selling to their clients.

The best brokers, Mr. Schaaf said, are able to listen to their clients’ needs and say, “This is the boat for you.”

Clients who are comfortable with yachting vacations may choose to travel places other than the VI, Mr. Schaaf said, so competition is heavy.

“There are a lot of people in the BVI that don’t understand that we are competing very hard with the rest of the world, which is why it’s very important from government agencies to private industries to support this,” he explained. “The BVI is very keen on saying that it is the sailing capital of the world. There are other places that would say the same. But we have a unique geography here with the islands. What makes it the charter capital of the world is all of the efforts by all of the people on the ground, in the government — the whole infrastructure we have here.”

Between the boats and crew at the show, there was more camaraderie than competition, explained Kim Huish, a chef at Cuan Law charters.

“Our competition isn’t just the boats themselves: It’s the locations,” she said. “But the atmosphere here, all the crew see themselves as team players.”

The show kicked off last Thursday with a party, and the broker visits spanned Friday and Saturday. Event organisers also hosted small competitions between the boats, including a “best drink” contest.