Last year, team Kite St. Croix finally conquered the Painkiller Cup after having their hopes dashed every year since 2012. This year they paddled to first place again. Victory was …

END_OF_DOCUMENT_TOKEN_TO_BE_REPLACED 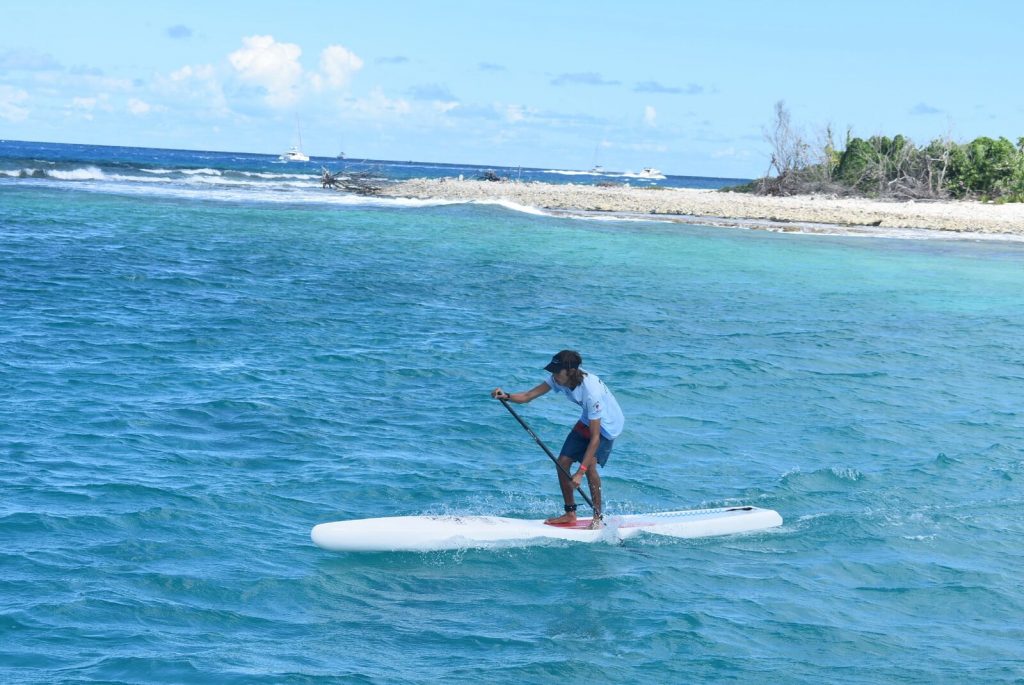 Last year, team Kite St. Croix finally conquered the Painkiller Cup after having their hopes dashed every year since 2012. This year they paddled to first place again.

Victory was just as sweet the second time around.

“It was the fourth Painkiller Cup and hands down the best one I’ve done,” said team leader Bill Kraft.

Conditions for the 14-mile race were perfect, especially compared to the troublesome winds and eastern swell that bedevilled paddlers in the past.

“The wind was finally lined up this year for the first time,” he added.

Though the first leg was a horse race from Trellis Bay, by the time the St. Croix team passed Sandy Cay, they were firmly out front, moving as fast as 10 miles per hour. Racers were surfing the waves all the way to the finishing line at White Bay.

“It was a really fast course today,” Mr. Kraft said.

Each team in the relay consisted of three racers, at least one of whom had to be female. They shared one board between them, switching off every 25 minutes with the help of a support boat for each team.

“You’ve got to have a strong woman to do really well,” Mr. Kraft said, crediting his wife, Ms. Picard. “The exchanges were really smooth.”

Sixteen-year-old Edwin Cornier of Puerto Rico is already a veteran paddler who has won races back home.

However, he had never visited the Virgin Islands before and didn’t know what to expect, given that the mini-Cup, a three-mile race from Sandy Cay to White Bay, was a straighter, shorter course than he what he’s used to.

His strategy was to “stay in the lead,” and he did throughout the course.
“It was really fun because we had a lot of bumps in our favour,” Mr. Cornier said.

The race ended up a family affair, with his 13-year-old brother Gerald finishing third. Brian Duff of Tortola slipped in ahead to take second, and Lisa Sutherland-Pilch of Tortola finished top among the women.

Edwin Cornier said his first time in the VI was special and he’ll undoubtedly be back. “I love the views here,” he added.

Organiser Andy Morrell, owner of VI-based clothier HIHO, has been at the helm of the race for nearly a decade. He summed up the race as “a great one-day paddle event.”

In terms of entrants, “We’re sort of flat this year,” with nine teams and 34 individual paddlers, he said.

Mr. Morrell noted, though, that more racers than usual made the journey from abroad, including the US and United Kingdom. In addition, racers shared a prize purse that was back up to $5,000 after a post-Irma recovery year. And no matter what, he said, the location always ensures a fantastic finish.

“We end up at Hendo’s Hideout in White Bay, one of the most beautiful beaches in the BVI and a great bar, so a great race becomes a great party,” he said.