Hundreds of children in uniforms marched under the hot sun to the sound of gospel songs Tuesday from Queen Elizabeth II Park to the St. George’s Episcopal Church on Main …

END_OF_DOCUMENT_TOKEN_TO_BE_REPLACED 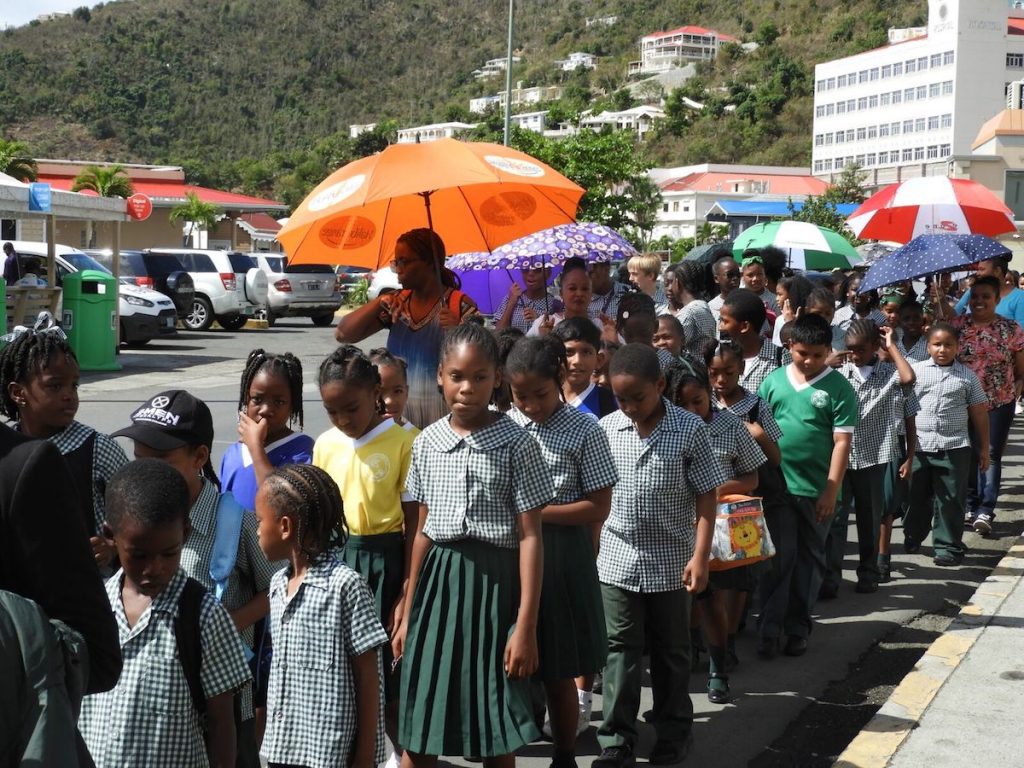 Hundreds of children in uniforms marched under the hot sun to the sound of gospel songs Tuesday from Queen Elizabeth II Park to the St. George’s Episcopal Church on Main Street to celebrate St. George’s Day.

“Once the primary institution of learning for children of all denominations until the government could build a primary school, many of the territory’s leaders, professionals and work- force are numbered among the alumni/alumnae of the St. George’s schools, including former Premier Dr. D. Orlando Smith,” according to a Saturday press release.

The St. George’s Episcopal Church annually celebrates its namesake, St. George the Martyr, the patron saint of England, but Tuesday was the first time in recent years that a procession has been held to observe the occasion.

After the march the students and staff gathered for a service at the former primary school on Main Street, which now serves as the church’s parish hall as well as a hurricane shelter.

Dana Ambrose, the principal of the secondary school, said organisers decided to hold the event this year in part to establish a clear connection between the school and its sponsoring church.

The principal of the primary school, Cherilyn Anderson-Rogers, said she wants her students to feel a sense of religious community.