At the Inter-Primary Schools National Spelling Bee, one thing distinguished first-place winner Shelby Harpe of St. George’s Primary School from her competitors, according to Heida Selwood, the education officer who …

END_OF_DOCUMENT_TOKEN_TO_BE_REPLACED 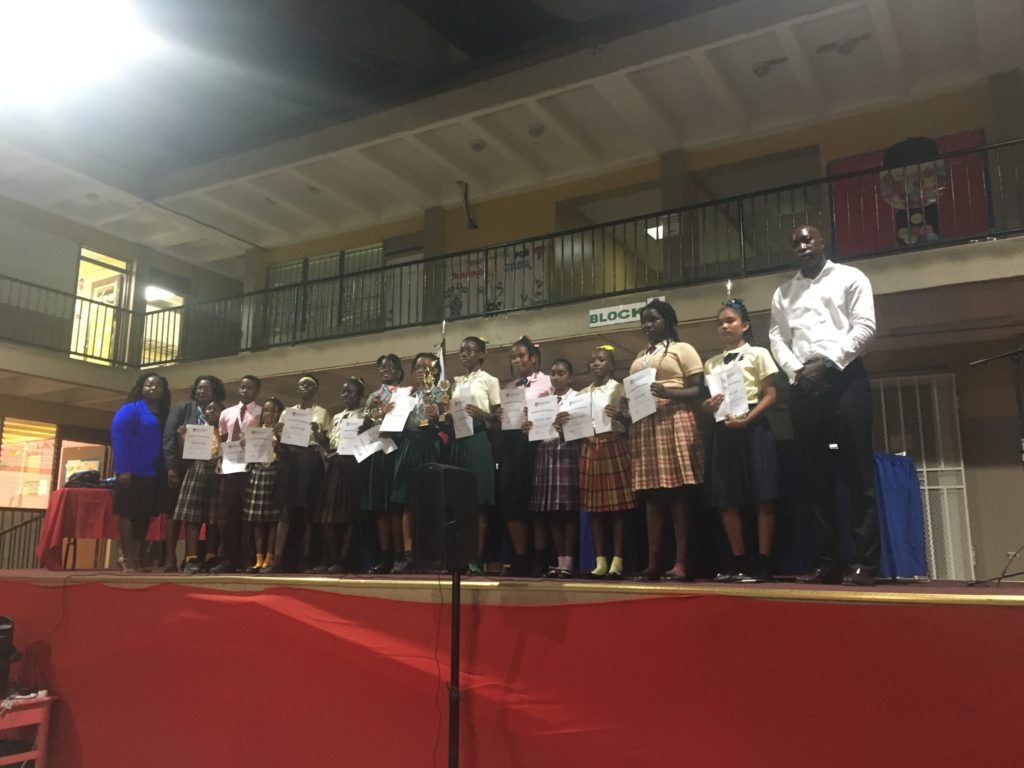 At the Inter-Primary Schools National Spelling Bee, one thing distinguished first-place winner Shelby Harpe of St. George’s Primary School from her competitors, according to Heida Selwood, the education officer who organised the contest.

“Consistency in the spelling of her words,” Ms. Selwood explained.

In Shelby’s case, she was more than just consistent: She was perfect, and didn’t misspell a single word throughout the finals, which took place Monday in the courtyard of Althea Scatliffe Primary School in Road Town.

However, her classmate at St. George’s, Naomi Onwufuju, was almost equally perfect. In the end, the competition required a tiebreaker to determine which of the girls was the territory’s best speller, with Ms. Onwufuju eventually eliminated for misspelling “eulogy.”

Ms. Joyles-Selwood noted that consistency was a quality that Ms. Harpe shared with her fellow competitors to set them ahead of other spellers.

“We saw that in the tiebreaker round,” she said. “I must say we noticed that in the last three weeks when we had the preliminary, the semi-finals, those students who were really good but they had to be consistent as well.”

Overall, however, Ms. Selwood was full of praise for all the competitors.

“The students performed wonderfully well,” she said, noting the dedication involved in preparing for the competition.

“They had to memorise over 3,000 words to get to this point. And so I think all the students must be congratulated for their hard work.”

The original field consisted of 24 students representing 12 public and private schools throughout the territory, with 14 ultimately moving on to the semi-final round and seven to the finals.