During a series of closed-door stakeholder meetings hosted by the BVI Tourist Board over the past week, business owners in the tourism sectors of small hotels, transportation and tour operations …

END_OF_DOCUMENT_TOKEN_TO_BE_REPLACED 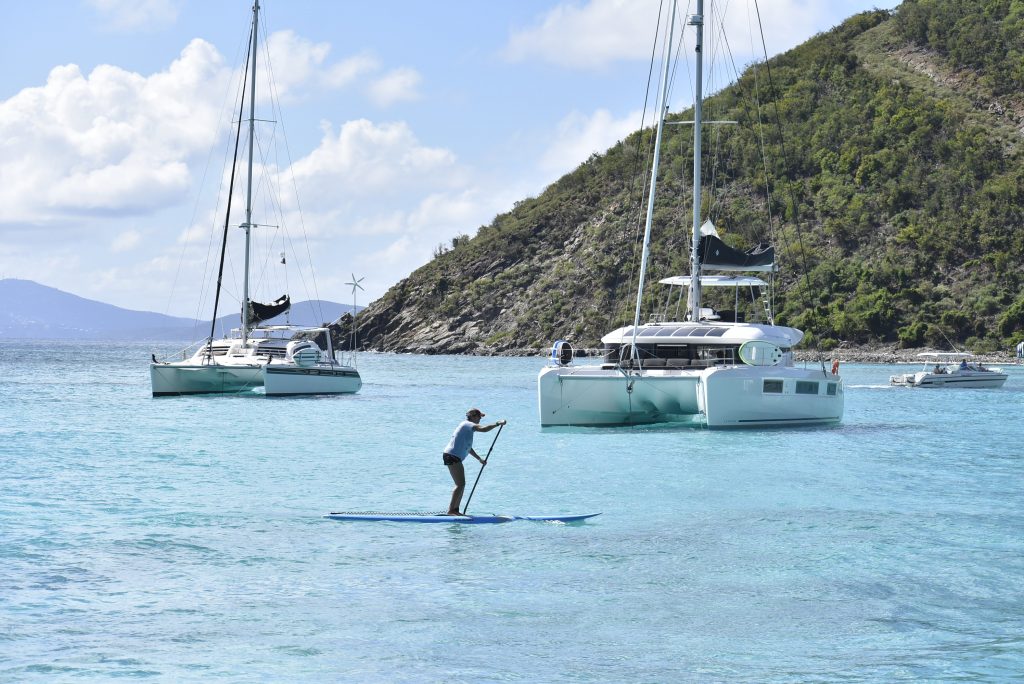 During a series of closed-door stakeholder meetings hosted by the BVI Tourist Board over the past week, business owners in the tourism sectors of small hotels, transportation and tour operations discussed the merits and challenges of implementing certain protocols for tourists who are planning to visit the Virgin Islands after the planned Dec. 1 reopening.

Keith Dawson, marketing manager of the board, said participants have been considering what measures other areas in the Caribbean have been taking and what would be practical to enact in the VI. 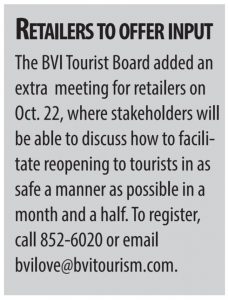 He said some of the most frequently asked questions in the meetings concern how long visitors would be required to quarantine, when they would have to be tested prior to and during their stay, and how travel to and from other islands may be limited.

Mr. Dawson, however, declined to provide details about the premier’s proposals in such areas, noting that they won’t be finalised until approved by Cabinet.

The question of inter-island travel is particularly relevant to the more than 100 marine industry stakeholders who were scheduled to meet online Wednesday evening after the Beacon’s deadline. But Mr. Dawson said it is also relevant to hotels that offer deals on day trips to other islands, and many other people involved in the tourism industry.

Premier Andrew Fahie announced last week that entry into the territory would be limited to the territory’s airports starting Dec. 1. He said the reopening of seaports would occur at a later stage.

Four Caribbean Community countries have implemented “travel bubbles” in an effort to curb the spread of Covid-19 while still bringing in some tourism revenue, as Caricom reported in late September.

Under the bubble tourism system, visitors are not necessarily required to take Covid-19 tests or quarantine while traveling among countries in the bubble. Though such an approach may be feasible in the VI, especially on hospitality-dominant islands such as Virgin Gorda, Mr. Dawson said one challenge stakeholders noted is that excursions among the islands are a highly attractive element of vacationing in the VI and particularly important for the marine sector.

At each of the meetings, Mr. Dawson said, stakeholders have been reviewing industry-specific draft protocols for reopening, which Cabinet will then consider and approve before the reopening.

The draft protocols include specific recommendations for business owners in hospitality to impede the spread of the virus. For taxi drivers, they recommend rigorous sanitising measures and spacing out passengers with empty seats between each person.

“Vehicles can be considered highly trafficked areas,” reads the document, which was obtained by the Beacon though it hasn’t been released to the general public. “It is important that our vehicles do not become places where bacteria and viruses are transferred. Practising proper procedures when cleaning and disinfecting vehicles is crucial in stopping the spread of disease.”

Health and Social Development Minister Carvin Malone announced on Oct. 7 that the only reported active case in the territory had tested negative, once again bringing the territory to zero active cases. But that was only temporary: On Tuesday, government announced a single imported case confirmed in a “returning female resident in quarantine” on Tortola.

With the new case, the VI records a total 72 cases and one death. The update noted that 5,461 people have been tested through the Dr. Orlando Smith Hospital laboratory, up from the 5,161 reported last week.