After at least a decade of promises, the first phase of construction on the Nurse Iris O’Neal Medical Centre on Virgin Gorda is now set to be completed by the …

END_OF_DOCUMENT_TOKEN_TO_BE_REPLACED 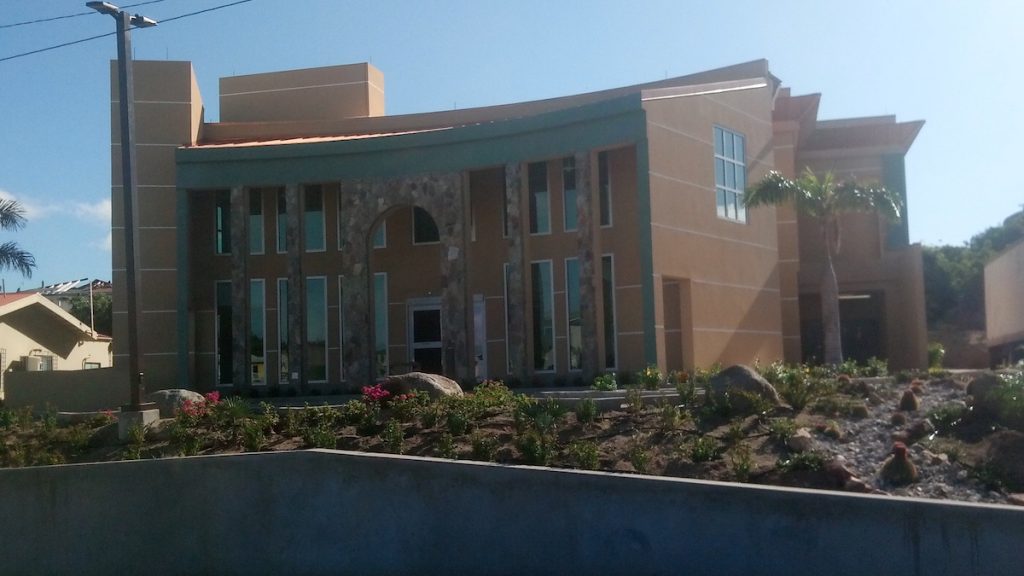 After at least a decade of promises, the first phase of construction on the Nurse Iris O’Neal Medical Centre on Virgin Gorda is now set to be completed by the end of November, Health and Social Development Minister Carvin Malone said last Thursday in the House of Assembly.

The date for the opening of the facility, he said, would be announced “very shortly.”

Mr. Malone said that the contractor, James Todman Construction Ltd., has “achieved substantial completion” and is working on addressing any “outstanding defects.”

Meanwhile, the construction of the second floor of the building is still in progress, he said.

The government purchased the land for the medical centre in 2009 and released architectural plans in May 2010, but the project was delayed after a Commercial Court ruled to dissolve the firm that had completed the initial designs.

James Todman Construction Limited was awarded a $6 million contract in March 2015, and broke ground that month. At the time, HSD Permanent Secretary Petrona Davies said she expected the project to be completed within 12 months.

More than a year later, however, Mr. Skelton said in April 2016 that project officials were waiting for the building’s steel frame to arrive, which he said should take six to eight weeks, after which “it’ll go up as quickly as possible.”

The steel frame arrived in November 2016.

But despite the minister’s announcement of a July 2017 grand opening, plans were later pushed back to September of that year — the month that Hurricane Irma struck the territory.

Ms. Davies said last year during Standing Finance Committee deliberations that the ministry was “mobilising a contractor” by mid-April and that works would be completed by the end of 2018.

In October 2018 government pushed the date to December, right as it also announced that the BVIHSA needed $1.5 million in donations to fill it with equipment. In January, then-HSD Minister Marlon Penn said it would be completed by February.

Now, the decade-long project has been given a new timeline. Mr. Malone said last week that the building’s air conditioning, plumbing and electricity had been “tested and commissioned” and the “medical gases and fire protection systems” await certification.

The generator and automatic transfer switch, he said, are scheduled to arrive at the site this week, and installation, testing and commissioning is expected to be completed within three weeks.

Mr. Malone said the increase was because of the additional works the contractor was asked to perform so that the building could operate safely and efficiently.

He went on to explain that the BVI Health Services Authority is responsible for installing all of the fire and safety systems, access control systems, signage, security systems and cameras, and information and communications technology installations.

Once the contractor completes his works, the BVIHSA will also “complete other critical steps related to equipment, furnishings, medical equipment, supplies and operations, including human resources,” Mr. Malone said.

In regards to furnishing and equipment, the minister added that chairs, couches, desks, cabinets, scales, stretchers, wheel chairs, medical lights, resuscitation equipment, and stands had been ordered and shipped.

The manufacturer GE shipped an x-ray machine on Oct. 9, and will install the equipment upon arrival, he said, adding that an ultrasound machine has already been received.

It will also continue to provide emergency stabilisation and to transfer patients who need further care to Tortola.

The BVIHSA is currently recruiting for these added staff positions, and the employees are expected to arrive in the next few months.

Mr. Malone concluded by asking the VI community to donate to the BVIHSA Pledge Programme, which can earmark contributions to go towards equipment and furnishings for the facility.

In another statement last Thursday, Mr. Malone also gave updates on repairs to other medical facilities which were damaged in the 2017 storms.

James Todman Construction has repaired the roof sheeting on the Peebles Hospital annex, and replaced and resealed the damaged windows, he said.

Remaining works include repairs to the main hospital roof and the lightening protection system and replacement of the membrane system over the gutter.

The broken 400-ton air conditioning chiller on the hospital was replaced, which allowed for “the remaining machine which was carrying the facility for the last year to be taken off-line for the necessary repairs and servicing,” the minister said.

Government has retained a project manager to oversee these works and ensure that the systems are returned to specifications, he added.

Pan American Health Organisation consultants conducted a full review of the infrastructure and facility systems at the hospital in June, assessing that the oxygen storage and delivery system and the water treatment system are now functioning properly, according to Mr. Malone.

The PAHO report also stated that repairs and maintenance were carried out to the dialysis water room, electrical subpanels and HVAC system; that regular testing and servicing were carried out for fire suppression systems, biomedical equipment and kitchen equipment; and that storage spaces were reorganised, he said.

The ongoing repairs are now 75 percent complete, he added.

Mr. Malone went on to say that the Rosalind Penn Clinic in Long Look has been repaired and re-commissioned, with a functioning back-up generator.

The Iris Penn Smith Clinic in East End, he said, is still operational and the two clinics alternate days of service.

Repairs have also been conducted at the Sea Cows Bay Clinic and the Road Town Clinic, which continues to operate out of the “Major Peebles Wing in cramped quarters,” he said, adding that both facilities have full back-up power.

The Nurse Theresa Smith-Blyden Clinic in Cappoons Bay has also reopened following repairs, and has standby power, while the Cane Garden Bay Clinic has been repaired and has new air-conditioning units.

“While the Cane Garden Bay Clinic has been deep cleaned and is currently being utilised, it is important to note that the sewerage system in the area will necessitate regular pumping of the septic tank, and the generator assigned to the clinic is soon to be installed,” he added.

The existing Nurse Iris O’Neal Clinic and the North Sound Clinic on Virgin Gorda and the Nurse Romalia Smith Clinic on Anegada are all operating with functioning generators, he said, while the clinic on Jost Van Dyke is fully operating again after undergoing extensive repairs.