No new home has been chosen for the Road Town library, but its counterparts in East End and Anegada have seen an uptick in traffic after Hurricane Irma left them …

END_OF_DOCUMENT_TOKEN_TO_BE_REPLACED 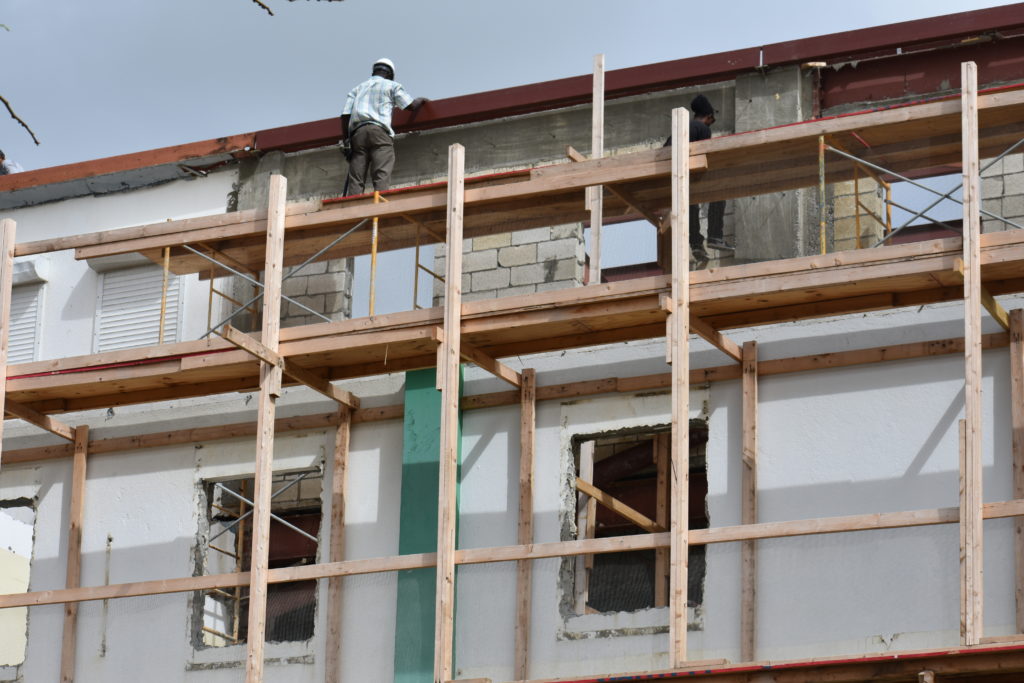 The Road Town library has been closed since 2016, and lost materials during Hurricane Irma. Government is still searching for space in which to relocate it. (Photo: CLAIRE SHEFCHIK)

No new home has been chosen for the Road Town library, but its counterparts in East End and Anegada have seen an uptick in traffic after Hurricane Irma left them the only two branches operating in the territory, Chief Librarian Suzanne Greenaway told legislators during the March and April deliberations of the Standing Finance Committee.

Ms. Greenaway described an increase in traffic and new membership at the East End facility in particular, and added that “there have also been many queries from schoolchildren and teachers”about the reopening of the other libraries, according to a report on the SFC deliberations, which are closed to the public.

The chief librarian added that the library on Jost Van Dyke was badly damaged by the hurricane, and Virgin Gorda’s lost 90 percent of its roof, which is being repaired.

The Road Town branch was closed in 2016 in preparation to be moved to a larger space at the former Clarence Thomas Limited building in Pasea.
However, that building is currently home to Elmore Stoutt High School after the campus was damaged.

Even though the libraries were damaged, according to Ms. Greenaway, some materials were saved. On JVD, that included about ten boxes of books, most of which were West Indian, she said.

All the other books, furniture and shelves in the JVD library were damaged beyond repair. The Road Town facility, meanwhile, “lost some books ..and some historical documents,” she told legislators.

The contents of the Virgin Gorda library were transferred to the island’s Administration Complex and to a building near the Bregado Flax Educational Centre, and some remain in the library.

During the SFC meeting, Marlon Penn, Eighth District representative and junior minister for trade and investment promotion, pointed out that the former post office space adjacent to the library was not damaged and may provide an opportunity to relocate the library, according to the report.