COVID-19 > Stimulus info trickles out, but many gaps remain

Stimulus info trickles out, but many gaps remain

Almost a year after government announced a $62.9 million economic stimulus package, many details on the spending still have not been released in spite of a lengthy statement on May …

END_OF_DOCUMENT_TOKEN_TO_BE_REPLACED 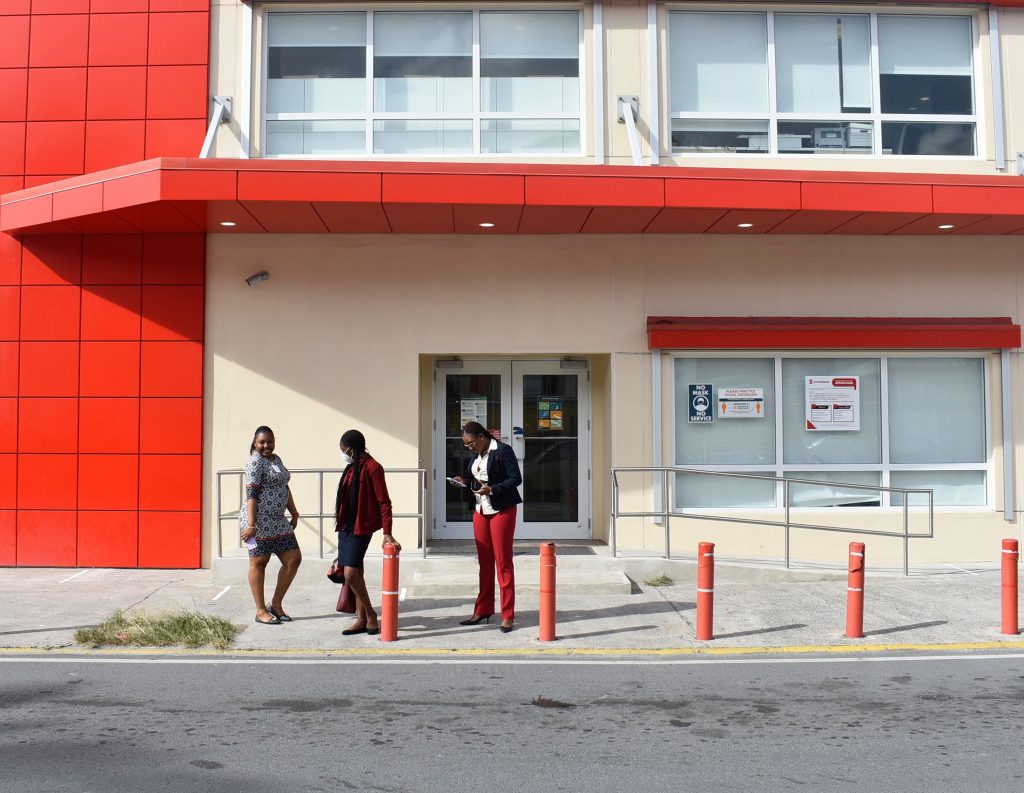 Updates on various measures like unemployment and other initiatives from the economic stimulus rollout last May were not discussed during the last House of Assembly sitting. (File photo: ZARRIN TASNIM AHMED)

Almost a year after government announced a $62.9 million economic stimulus package, many details on the spending still have not been released in spite of a lengthy statement on May 13 from Premier Andrew Fahie that pushed back against criticism that the pro-gramme lacks transparency.

In the House of Assembly that day, Mr. Fahie provided brief updates on five of the stimulus prongs, including business grants and grants to farmers and fishers, but he did not mention at least eight other programmes even as he insisted that his government has been fully transparent about the package.

Mr. Fahie began his statement by stating that the “Virgin Islands’ survival of the Covid-19 pandemic” has “been a team effort” in spite of people “trying to spread chaos.”

Those people, he said, wanted leaders “to throw open our borders” and tried to “bully” the government.

“While your government has been deliberate not to make Covid-19 a subject for politics, there are those who are using Covid-19 to create a platform for themselves for the next general elections, but contrary to their selfish push for power this government will remain laser-focused on helping the people,” Mr. Fahie said. “There seems to be a strategy to try to destabilise the government of the Virgin Islands. First attempt was over the protocols, and now a political campaign has been ignited on the ground concerning stimulus grants.”

The premier then provided an update on the $6.5 million business grant programme by district. District Four received the most, with a total of $2,184,297, followed by districts nine, six, three, eight and two. He said those districts have the most businesses. 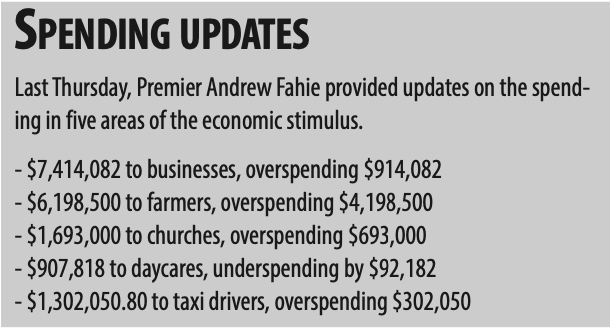 Public cheque distributions were held on Sept. 22, and funds were distributed district by district, he added.

The grants were administered by a committee established by Cabinet, consisting of representatives from several offices, he explained, though he didn’t name the members.

“These figures still have to go through the full auditing process,” Mr. Fahie said. “So the House and the public will continue to be updated as this process is ongoing.”

During another HOA sitting last month, the premier promised Opposition Leader Marlon Penn a list of grant recipients, but no such list has been provided to the public.

Asked at the time if applicants received notifications of approval or denial, Mr. Fahie said that he “hoped” every applicant did but that he “didn’t get to check for each one.”

He also said that money was reallocated “within the grant” but did not explain further, and when pressed by opposition members, he said a full report would come when the grant process was completed. No such report has been provided publicly.

Last Thursday, the premier also provided a breakdown of spending for the farming and fishing stimulus, which went $4.1 million over its initial budget of $2 million.

The premier said districts One, Two and Nine received the highest totals of the farming stimulus because that’s where most farmers reside (see sidebar). Similarly, he added, districts Nine, One, Eight and Two had high numbers of grants because of the concentration of fishers in those districts.

“In most cases, based on the nature of what assistance was required, the money was put into infrastructure to support expanding agriculture,” he said. “Farmers were assisted with cutting of access roads to their farms and fencing for their properties, among other things, that will boost their food production capabilities.”

Fishers also needed assistance with engines, nets and other equipment, according to Mr. Fahie.

“This is our opportunity to finally make farming and fishing another one of our economic pillars, while giving us the ability to feed ourselves, in case we are ever cut off from the rest of the world,” he said. He did not explain the allocation process or provide further details.

The premier said the government also spent $1,693,000 in grants toward churches and other religious organisations — an overspending of $693,000 from the $1 million initially promised.

A total of $907,818 went toward private schools and daycare centres, which was $92,182 under the initial allocation of $1 million, said Mr. Fahie, again without providing further details.

To serve urgent needs, each district and at-large representative received $300,000 to disburse as they saw fit, totalling $3.9 million. Mr. Fahie explained last Thursday that the funds were “in addition to each representative’s regular assistance grants, commonly called the district fund, which is processed through the HOA and Ministry of Finance.”

He did not provide further information on the district funds or how they were spent.

“Transparency and accountability still apply to these special funds,” he said. “The funds continue to be audited monthly by the internal auditor.”

Opposition members and former Governor Gus Jaspert have criticised the government for the lack of transparency surrounding the stimulus measures in recent months.

Mr. Jaspert, in fact, cited the issue when he announced the Commission of Inquiry in January.

“There is a lack of transparency related to public funds, particularly related to the Covid-19 economic stimulus support,” he said that month.

Around the same time, Mr. Penn made similar claims.

“There is a strong allegation of lack of transparency with the stimulus spending and government contracts, mismanagement of public funds, conflicts of interests, political interference in statutory organisations, the public service and the criminal system,” he said.

On May 13, Premier Andrew Fahie provided a district breakdown of grants for businesses, farmers and fishers.