A highly infectious coral disease that has been spreading rapidly through reefs in the northern Caribbean has reached Virgin Islands waters, biologist Dr. Shannon Gore confirmed this week. On Sunday, …

END_OF_DOCUMENT_TOKEN_TO_BE_REPLACED 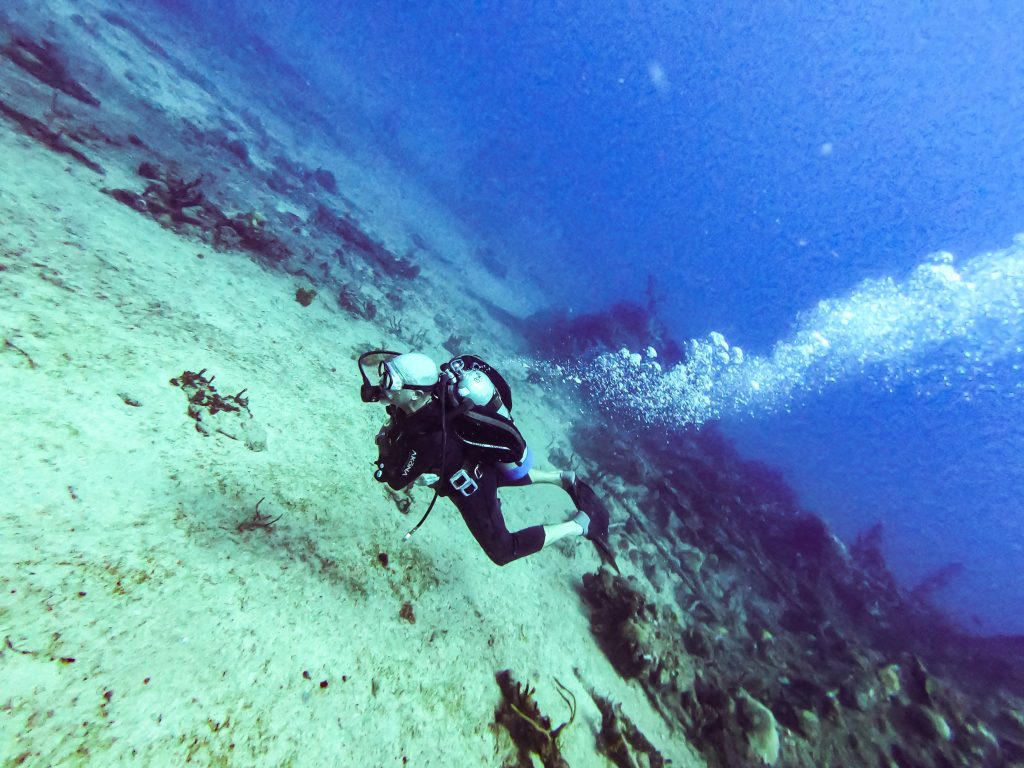 A highly infectious coral disease that has been spreading rapidly through reefs in the northern Caribbean has reached Virgin Islands waters, biologist Dr. Shannon Gore confirmed this week.

On Sunday, Dr. Gore, the managing director of the Association of Reef Keepers, photographed a specimen from The Indians that three scientists abroad all said had contracted stony coral tissue loss disease, which attacks the algae living inside coral tissue, causing white lesions and eventually causing the tissue to fall off and killing the coral.

During her dive on Sunday Dr. Gore also also removed from the Rhone coral that has contracted white plague, a slower-moving disease similar to SCTLD that targets the same species of coral and also causes the tissue to detach, she said.

Dr. Gore has long been working with researchers in St. Thomas and the continental United States to monitor SCTLD’s progress — which began its deadly march off the coast of Florida around 2014 —and decided to dive the sister islands this month after hearing that the disease had been spotted on Johnsons Reef, off the north side of St. John.

She first saw coral that were possibly stricken with SCTLD on May 11, and revisited the sites on Sunday to confirm her suspicions and decide whether to proceed with treating the coral for the disease, she said.

Speaking with the Beacon on Friday, Dr. Gore described the coral that alarmed her: “ There was a lesion smack in the middle of it, and it spread out over the coral, and kind of like anything you leave underwater it starts to get a thin film of algae on it.”

On her next visit to The Indians, Dr. Gore plans on using an antibiotic treatment to try and save the sickened coral, a tricky process wherein she fills a syringe with an amoxicillin mixture that she then applies to the sickly coral.

Fumbling this procedure can harm the corals, so it should only be attempted by trained scientists, Dr. Gore said in March.

And while learning to identify the disease is a challenge, you don’t have to be a scientist to do so, and Dr. Gore thinks that training as many people as possible to spot infected coral is essential to safeguarding the territory’s marine life and promoting the blue economy.

“It does take some training, and not everybody’s gonna quite get it,” Dr. Gore said, though she added, “Once you know them, you can identify them.”

When the territory’s dive operators reopen for business, Dr. Gore hopes they will assist in the surveying efforts, and during the lockdown she held a webinar with dive companies explaining what to look out for when diving reefs.

If the dive operators were to be allowed out on the water “in a controlled way,” they could not only help patrol the ocean for signs of infection, they could potentially make some money selling dives, likely at a discounted rate, Dr. Gore said.

She also has been selling a “disease detective kit” to help residents spot SCTLD outbreaks and raise funds to purchase more of the treatment.

It costs approximately $4 to treat apiece of coral and $50 to buy a jar of the solution, Marilyn Brandt, research associate professor at the University of the Virgin Islands, said in March.

If there is enough interest in purchasing the identification kits, Dr. Gore will stock them at local dive shops, or people can reach out to her directly, she said.

“It’s just getting more eyes on the water, and that’s the problem right now,” she added.