While backyard burning became widespread immediately after Hurricane Irma because of the excess garbage created by the storm and a limited collection system, the government wants residents to know that …

END_OF_DOCUMENT_TOKEN_TO_BE_REPLACED 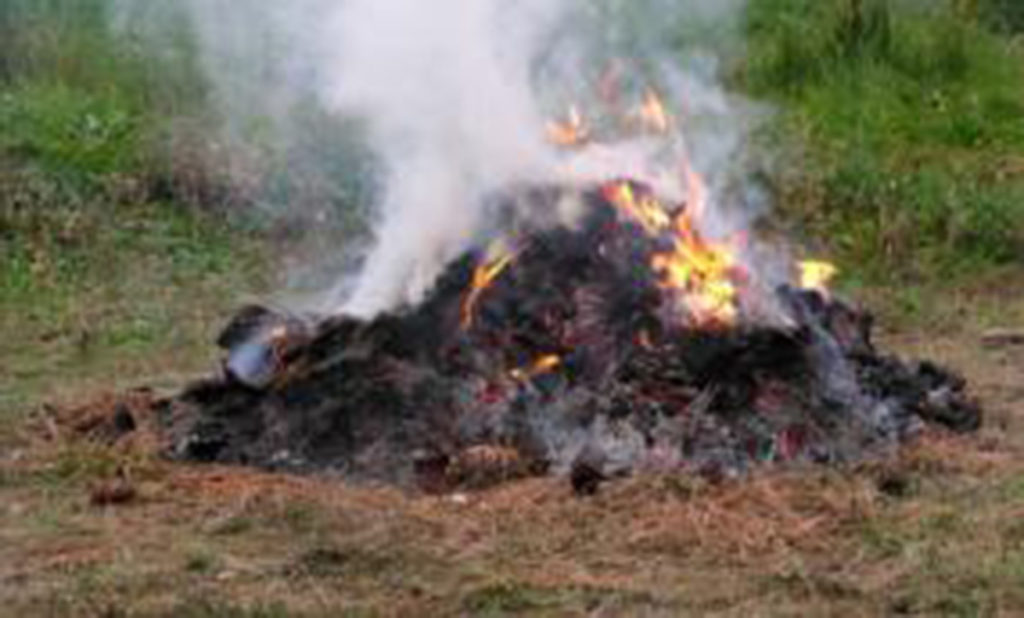 The government is warning residents to stop backyard burning and take trash to the dump. Photo: GIS

While backyard burning became widespread immediately after Hurricane Irma because of the excess garbage created by the storm and a limited collection system, the government wants residents to know that it’s time to cut it out.

He added that his department still receives numerous complaints about smoke from backyard burning, which, he said, especially affects the health of young children, the elderly, asthmatics and those with compromised immune systems.

“It [burning] helps to improve aesthetics and reduces pests’ infestation; however, we are asking the community to avoid burning and to dispose of their waste in a safe public health manner,” he said.

The chief added that yard waste such as branches, trees and leaves should be piled up and allowed to decompose naturally.

“If persons cannot manage their yard or any other type of waste that they may have on their property, they should contact the Department of Waste Management for assistance with removal,” he said.

According to Mr. Michael, the Environmental Health Division is “committed to ensuring that all aspects of the environment with the potential to negatively impact health are managed efficiently.”

The Fire and Rescue Service has also identified backyard burning as one of the biggest problems it faced after Irma.

Interviewed in October, Chief Fire Officer Zebalon McLean said if he could tell the public one thing, it would be to stop burning. Many people don’t recognise how toxic the fumes are, he said, and the government had too much on its plate to properly educate people about it.