During the month of August, 6-year-old Ky’Resha Hodge worked with her family and friends to collect about 79,000 plastic bottles, 58,000 glass bottles, and 7,000 aluminium cans for recycling. For …

END_OF_DOCUMENT_TOKEN_TO_BE_REPLACED 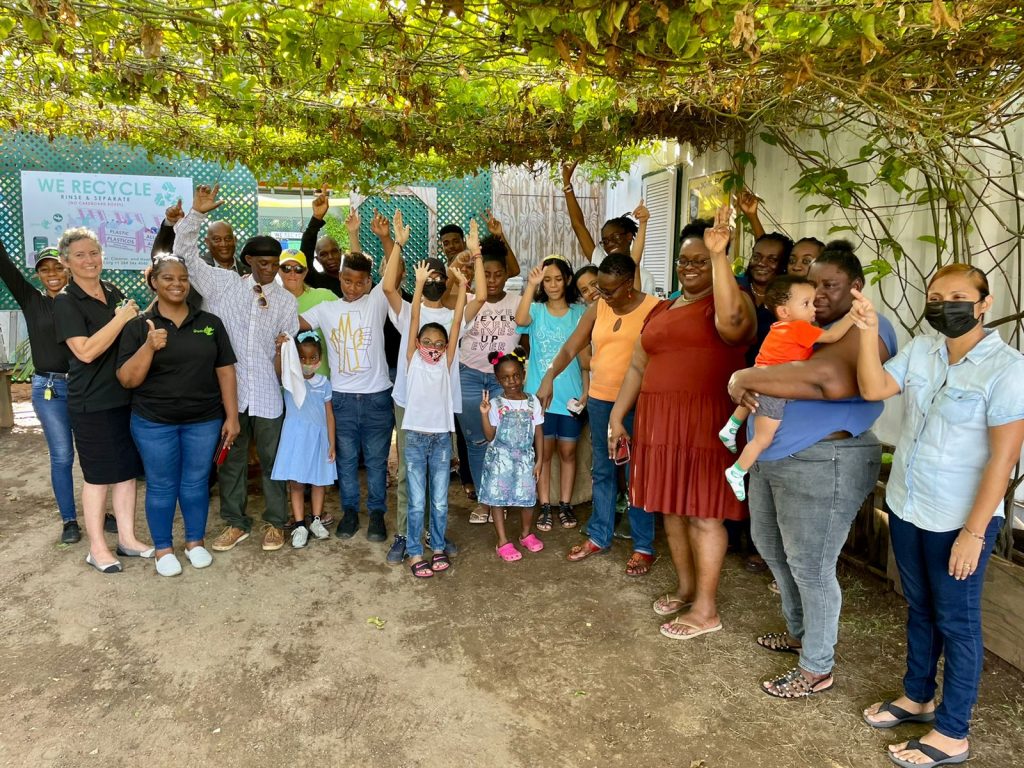 Forty-two students took part in a recent recycling competition hosted by Green VI in conjunction with the Department of Waste Management. All told, they collected 18,350 pounds of recyclables over the course of August, organisers said. (Photo: GIS)

During the month of August, 6-year-old Ky’Resha Hodge worked with her family and friends to collect about 79,000 plastic bottles, 58,000 glass bottles, and 7,000 aluminium cans for recycling.

For her effort, the Ebenezer Thomas Primary School student won the Student Recycling Competition hosted by Green VI in conjunction with the Department of Waste Management.

During the contest, 42 students between the ages of 2 and 19 vied for new laptops and other prizes by trying to gather the most plastic, glass and aluminum recyclables during the month, according to Government Information Services.

“We have to find ways to reduce the amount of waste we are producing as well as diverting recyclables out of the garbage stream,” he said.“The We Recycle programme along with initiatives like this is a move towards that goal. I hope that the enthusiasm persists outside of the competition, and everyone continues to recycle wherever they are.”

“This means the territory can now add 18,350 pounds of recyclables to the 7,021 tonnes already collected by the We Recycle programme and diverted from burning or burying,” she said.

Other contest winners included Joseph Lake, who took the top prize for Virgin Gorda by collecting about 57,000 plastic bottles and 70,000 glass bottles.

“I’m happy to know that I’ve prevented large volumes of waste from being burned at the dump and polluting the environment by simply bringing these materials on my dad’s pickup truck to the Virgin Gorda Eco-Park,” said Mr. Lake, a 13-year-old student at Bregado Flax Educational Centre. “Filling all those large bags was not an easy task but it was worthwhile, not only for the prize, but to know my future may be a bit brighter.”

As part of the competition, students could also submit videos illustrating ways to reduce and reuse trash.

Additionally, asked to inspire someone to start using conservation methods such as composting, home gardening, conserving water, or recycling.