Students get ready for school

School will start back up on Sept. 12 for most students, and community members throughout the territory have been supporting them with supply drives and other activities. This marks the …

END_OF_DOCUMENT_TOKEN_TO_BE_REPLACED 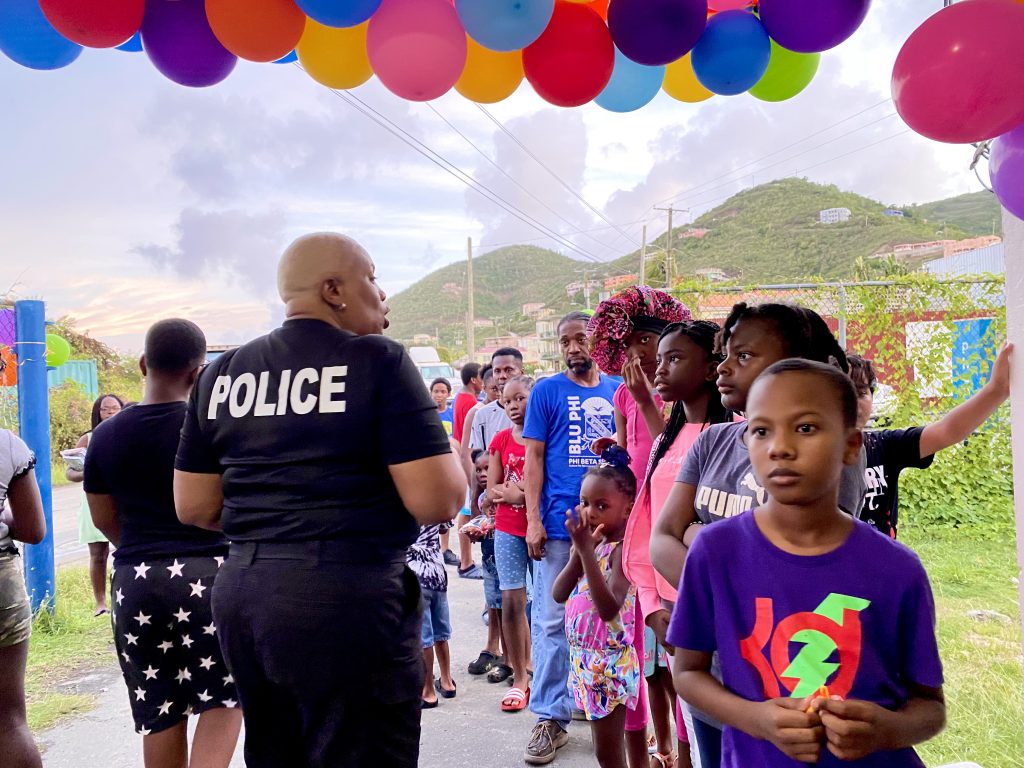 Officers at the East End Police Station distributed 100 packets of school supplies on Sept. 3 to help students start off on the right foot as the fall term gets under way. (Photo: DANA KAMPA)

School will start back up on Sept. 12 for most students, and community members throughout the territory have been supporting them with supply drives and other activities.

This marks the first school year since 2020 that is not expected to be dramatically affected by Covid-19 protocols such as remote learning.

However, many students will still attend classes on a shift schedule.

Delays in completing new buildings at Elmore Stoutt High mean most of the school’s students will attend on a shift schedule at least until next month while construction is completed.

Also operating on a shift schedule will be many students from Althea Scatliffe Primary, who were relocated to schools including Francis Lettsome Primary and Enis Adams Primary after ASPS was closed in June due to structural concerns.

The students, however, have received plenty of community support in recent days.

On Sept. 3, families came in large numbers to the balloon-covered East End Police Station, where police officers provided more than 100 kits plus additional supplies to youngsters.

Deputy Police Commissioner Jackie Vanterpool said the event was part of a wider initiative to build stronger bonds within the community.

“We want to encourage the kids,” she said. “We are now grown adults, and we were always told to go to school, learn your lessons, and if you want to excel, you have to study hard.”

The giveaway was coordinated by Sergeant Jacqueline Tom-Christopher and her team and supported by individuals and businesses within the community.

Ms. Vanterpool said the giveaway also provided an opportunity for families to speak with officers about any concerns. She added that the station hopes to make it an annual event.

Non-profit organisations joined in the effort as well.

“We thank and appreciate all those who made it possible for us to hand over 900 backpacks on Sept. 2, making history as this is the first time an initiative like this ever happened,” organisers wrote on Facebook. “To the teachers and students, we’re wishing everyone a happy and safe return to school this season, and remember to be a buddy, NOT a bully.”

Allington “Gumption” Creque, who coordinated the drive, said he remembers when the first 25 backpacks were dropped off in October 2021.

Now, he added, the effort has expanded to provide more than 1,000 to primary school students throughout the territory.

“When a child unzip a backpack they’re not just unzipping a bag with books, pencils or crayons, but rather unzipping a world of endless with a dose of infinity possibilities,” he wrote on Facebook.

About 600 more backpacks are scheduled to be delivered next week.

The organisation is also planning a back-to-school fun day for children from 11 a.m. to 4 p.m. on Sept. 10 at Jost Van Dyke Primary School.