Students at the Jost Van Dyke and Francis Lettsome primary schools have returned to their classrooms after measures were taken to combat issues including mould and exposed electrical wiring. Deputy …

END_OF_DOCUMENT_TOKEN_TO_BE_REPLACED 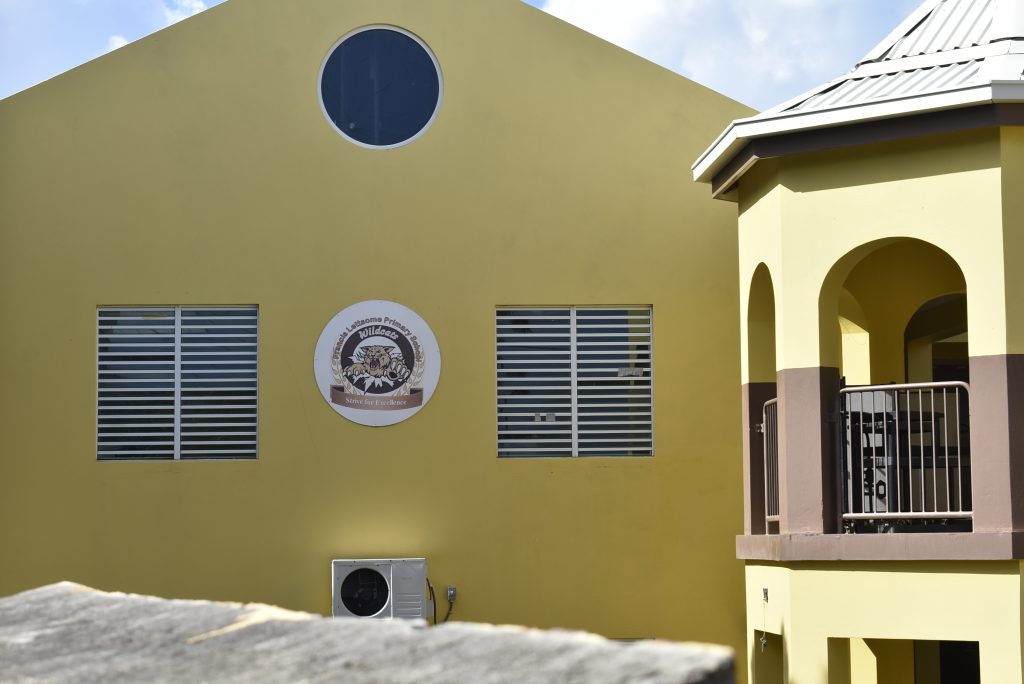 Francis Lettsome Primary School — which was closed for in-person learning for a week at the start of the month (above) — has welcomed students back after mould issues were addressed. (Photo:ZARRIN TASNIM AHMEED)

Students at the Jost Van Dyke and Francis Lettsome primary schools have returned to their classrooms after measures were taken to combat issues including mould and exposed electrical wiring.

Deputy Premier Dr. Natalio “Sowande” Wheatley told the Beacon Monday evening that most of the problems in both schools have been rectified.

At Francis Lettsome — which was closed to in-class learning for a week at the start of the school year — initial assessments hadn’t found any mould issues, he added.

“As soon as [a new principal] got into the school — she’s sensitive to mould — she raised the alarm about mould,” he said. “So as soon as she indicated that the school possibly had more [mould], we had testing done which confirmed that it did have it. Then went ahead and immediately got it cleaned.”

Other schools have had similar issues, including Alexandrina Maduro Primary and Ebenezer Thomas Primary, both of which remain open because the issues were addressed before classes resumed.

Dr. Wheatley said the ministry has been working to address the root causes of accumulated moisture, which leads to mould. One factor, he said, is damaged roofing.

He also stated that his Ministry of Education, Culture, Youth Affairs, Fisheries
and Agriculture is aiming to install more air conditioning units in classrooms, which will help keep mould away while also addressing long-term maintenance issues.

That maintenance includes regular cleaning of AC units, he added.

At the JVD school, Dr. Wheatley said, work had been stalled due to issues with purchase orders.

Shortly after classes started this month, parents took to social media to complain about ex- posed electrical outlets and other unsafe conditions for students.

“We had some electrical issues, some issues of mould, some issues as it pertains to air conditioning as well as plumbing,” Dr. Wheatley said of the JVD school. “There’s some work that will be ongoing.”

A plan to retrofit trailers to accommodate students while a new JVD school is built is in the works, he added. Designs for the JVD school are with the Building Authority and will go out to procurement soon, he said.

Dr. Wheatley told all educators that they could raise issues with him and that he would “intervene” on their behalf.