An amendment to the Beneficial Ownership Secure Search System Act, which was rushed through the House of Assembly on Friday, is designed to pave the way for the new rules …

END_OF_DOCUMENT_TOKEN_TO_BE_REPLACED 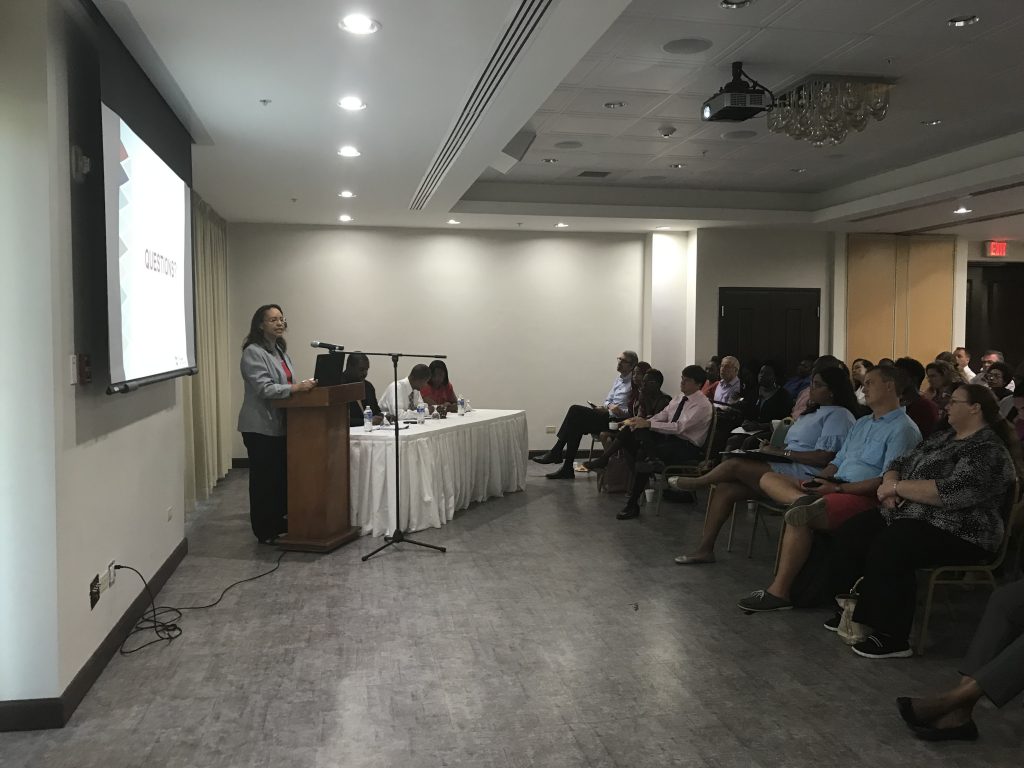 An amendment to the Beneficial Ownership Secure Search System Act, which was rushed through the House of Assembly on Friday, is designed to pave the way for the new rules for economic substance released this month by the International Tax Authority.

“I see brighter days ahead for the whole business, even when we’re going to economic substance which we’re going to roll out,” said Premier Andrew Fahie, speaking on Oct. 16 at a BVI Finance breakfast forum, which sought to explain the amendment and the new rules to financial services stakeholders. The amendment — the third to the act so far — received its first, second and third reading during the sitting. The BOSS System, originally set up to convey information on beneficial ownership to law enforcement authorities abroad, will now be used by VI companies that are tax resident in the VI and engaged in certain activities to demonstrate that they have “adequate substance” here.
Such guidelines came with the passage of the Economic Substance Act, which was rushed through the HOA late last year in order to comply with European Union require- ments and to prevent the VI’s inclusion on a blacklist. The law took effect Jan. 1.

Despite some grumbling in the HOA — particularly from opposition member Julian Fraser (R-D3), who despite supporting the amendment denounced it as onerous and neglectful of small-business owners — the premier tried to look at the bright side.

“I see it as a positive in a lot of ways, but we have to prepare
for it — not only the industry, but the common man on the ground — for what economic substance will bring,” Mr. Fahie said, adding, “You might as well prepare yourself for it and move forward.”

The Friday amendment was already reflected in the rules for economic sub- stance released this month, and in the draft code released in April.
Although a second amendment to the act was passed in August, the premier explained, it was necessary to pass another in order to clarify several points.

“There is nothing to be alarmed about with amendment number three,” said Lisa Penn-Lettsome, government’s new executive director of international business, who hosted the forum along with her predecessor Neil Smith and BVI Finance Chairman Robert Briant.

However, the rules surrounding economic substance continue to raise some uncertainty. The definition of “substance” differs for different types of activity, but in general the law requires companies to demonstrate that their “core income-generating activities” happen on the territory’s shores. Companies that fail to satisfy such requirements can incur fines and eventually be stricken off the Corporate Register.

Although Ms. Penn-Lettsome said differences between the final set of rules and the draft code were minimal, major questions arose in the audience at the forum, in particular as to what qualifies as “adequate substance,” which remains vague.

“They’re just coming up with these things and they’re making them up as they go,” she replied. “But ‘adequate,’ ‘substantial,’ those things are subjective and they are conditional on the actual activity that’s being conducted. … I think it would be very difficult for the ITA to prescribe guidance or some sort of communication, because it is a moving target.”

She added that the ITA would do its best to provide examples after a “manual analysis” is conducted.

According to Ms. Penn-Lettsome, the key changes of note were made due to ongoing talks with the EU; changes in the amendments to the BOSSS Act, both this month and earlier this year; and consultations with industry professionals. Others were “internal decisions taken in the best interest of the public sector,” she said.

According to the rules, the deadlines for filing vary.

Senior Harneys associate Joshua Mangeot said, “The expectation is that entities will have six months to give that information to their registered agent after the relevant financial period, whenever that ends.”

In addition, he explained, the ITA confirmed that all companies must report, whether or not their activity is considered “relevant.”

“They are encouraging people to take legal advice if they’re unsure about their identification of what those activities are because that cannot be done by the BVI registered agent,” Mr. Mangeot said.

Ms. Penn-Lettsome concluded by saying that she expects a revised set of rules to come out later this year, to elaborate in particular on the format and timing of reporting via the updated BOSS System. However, she stressed again that there is no need for alarm.

“The rules are not static and so it is intended that they will be updated from time to time as necessary,” she said.