Bernard Ellis, a resident of Virgin Gorda, has seen many changes in his life recently: He’s got a new job at the Workbench in the boatyard of the Virgin Gorda …

END_OF_DOCUMENT_TOKEN_TO_BE_REPLACED 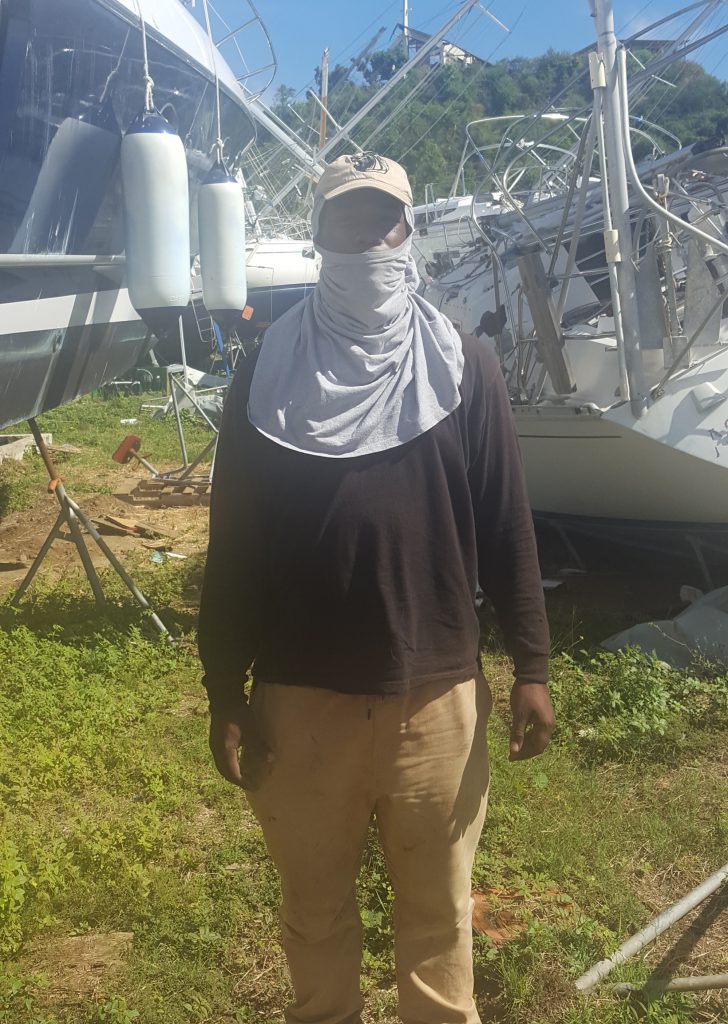 Bernard Ellis, a resident of Virgin Gorda, has seen many changes in his life recently: He’s got a new job at the Workbench in the boatyard of the Virgin Gorda Yacht Harbour, and his daughter Somia was born last month. Like many, he has also had to work on his home after the destruction caused by Hurricane Irma.

I’m from right here. Born and raised here. [The storm was] really intense. I wasn’t really expecting Irma to be that bad, honestly. My house fared better than most. Just a couple of broken windows. We had to patch up the roof, but it was better than some people, like some of my neighbours — most of their house break down completely and [they] had to run to some of their family members [for] shelter.

Two weeks after Irma, I started working [at the boatyard in Virgin Gorda Yacht Harbour]. I was working at the Bitter End Yacht Club. I used to work in food and beverage. It was actually pretty fun up there.

Ever since I started working here, it’s been really hard because it’s my first time actually working in a boatyard so I don’t know what to do or how to do it. So [Workbench owner Geoff Cooke] been teaching me everything step by step, and as the days go along I’m learning a lot and it becomes pretty fun. It’s gotten a lot better compared to the first time when I started working here. When I first came I just used to pump out boats and check to see if they have water. Now I work on taking apart the riggings, helping clean the masts and the boats. It’s a lot of fun.

[My new daughter] is the new love of my life. She was born Dec. 17, 2017, 4 o’clock a.m. She gave her mom a hell of a way to come out. She was there for like a good couple of hours before she actually decide to come out. But I can’t complain: She’s healthy. Her name is Somia. It’s been all right because I have my parents’ help, but when [being a parent] first started it was kind of rough because of the sleepless nights. But I’m starting to get used to it so I can I have a schedule where she only wake up around 4 or 3 o’clock in the morning. It’s actually getting a lot better. But I can’t complain — it’s really great being a dad. I hear a lot of people complain about it, but I don’t. It’s really amazing.

We have a lot of work to do right now to actually get Virgin Gorda back to how it was before Irma, but as I see it everybody just taking it day by day and we should get to where we want to be.